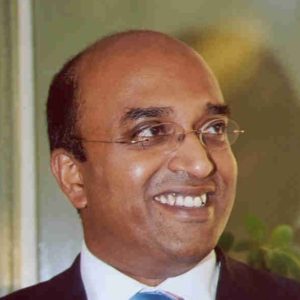 Another senior figure from collapsed emerging markets private equity firm Abraaj is facing extradition to the US from the UK on charges of fraud.

Former managing partner and head of impact investing Sev Vettivetpillai appeared at Westminster Magistrates Court via video-link from prison this afternoon to request bail, having been arrested near his home in Pinner, north London, on Tuesday.

The judge granted bail on condition that he offer up a £1 million ($1.3 million; €1.2 million) bond, surrender his passport, refrain from applying for new travel documents, stay away from international travel hubs, report daily to the police and abide by a curfew of 4pm to 9am.

Vettivetpillai is appealing these bail conditions and will remain in Wandsworth prison until his appeal is heard, which is likely to be next week, the judge noted.

According to the allegations recounted by prosecuting barrister Rachel Kapila, on behalf of the US government, from mid-2017 Abraaj provided investors and potential investors with “materially inflated” valuations. Vettivetpillai was described as “one of the senior individuals” involved in that conduct.

He is also wanted on charges that from 2014 onward he misappropriated funds from Abraaj’s healthcare fund, some of which was diverted to plug shortfalls in Abraaj’s balance sheet, some for chief executive Arif Naqvi’s personal enrichment.

The prosecution claims that Naqvi misappropriated as much as $500 million for his own use.

The prosecution described Vettivetpillai as the “most senior partner with oversight and responsibilities” for the healthcare fund and said that his role was in “conveying knowingly false information” to the fund’s investors.

It is not clear as to what extent, if at all, Vettivetpillai benefited from the fraud, the prosecution said.

In his defense, Helen Malcolm QC said that a “short time” after joining Abraaj in 2012, Vettivetpillai began to express unhappiness with the “dictatorial and despotic” management style of Naqvi and was actively looking for another job from 2016 onward.

In the run-up to his departure in December 2017, after the news of the fraud had appeared in the media, he gave Abraaj’s board “robust” advice and suggested that the roles of four individuals at the firm be reconsidered in light of the news. When the board didn’t act, he departed, Malcolm said.

The identities of the four were not disclosed.

Malcolm argued that “there is no evidence of his personal enrichment”, citing the fact that Vettivetpillai launched litigation against Abraaj over his severance payment: “It is an unlikely scenario for someone who was involved in the fraud and benefited from it to be litigating for his severance pay,” she added.

She also pointed out that the fraud allegation dates from mid-2017, towards the end of his time at the firm.

If found guilty of all charges, Vettivetpillai could face up to 40 years in prison.

Earlier in the day, Arif Naqvi appeared in court to request for a bail hearing. He appeared relaxed, dressed in jeans, a black t-shirt and black shirt. Members of his family watched from the public gallery. His hearing is scheduled for April 26.