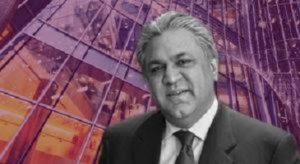 The founder of collapsed emerging market private equity firm Abraaj Group, Arif Naqvi, has been denied bail by a UK court on grounds of being a potential flight risk.

In her summarizing remarks on Friday at London’s Westminster Magistrates Court, chief magistrate Emma Arbuthnot argued that the size of the fraud alleged by the US Department of Justice, the fact that the US government is bringing the indictment and Naqvi’s high-level political connections in Pakistan mean that he must remain in custody.

“If he were to be granted bail, I’d be extremely concerned that he would flee this jurisdiction and go to Pakistan,” she said.

The defense proposed bail at £1.5 million ($1.93 million; €1.7 million). Judge Arbuthnot said that she would require a much more “substantial” sum to even consider bail.

According to the allegations recounted by prosecuting barrister Rachel Kapila, from mid-2017 Abraaj provided investors and potential investors with “materially inflated” valuations. Naqvi was named as the “driving force” behind that activity.

He is also wanted on charges that from 2014 onward he misappropriated funds from Abraaj’s global healthcare fund, some of which was allegedly spent on his own personal enrichment.

“Naqvi was the sole A-level signatory on Abraaj accounts,” Kapila said. “No large transfers could happen without his authority.”

On his arrest at Heathrow Airport on 10 April, Naqvi was in possession of several passports including an Interpol Identity Card, the prosecution noted. His defense argued that he had received this in his capacity as a former trustee of the board of the Interpol Foundation, which according to its website promotes a “secure, open world where global heritage is protected”.

Among the seven contact numbers he gave police on the day of his arrest was the telephone number of the president of Pakistan.

In mitigation, his defense cited his good character, personal ties to the UK and the fact that he had not yet fled the UK despite multiple opportunities to do so. Barrister Hugo Keith QC also criticized the Department of Justice’s indictment as being “remarkable for its lack of detail.”

He said that the indictment confused the idea of money being temporarily diverted to plug budgetary shortfalls and it being fully misappropriated for personal enrichment, calling claims of the latter “groundless.”

Naqvi faces a maximum penalty of 45 years in prison. He will be back in court for a case management hearing on May 24.