Bank lenders in the subscription credit facility market are making a push to build out their syndication teams, and are eyeing ways to make interests in these products more liquid, according to a non-bank participant in the market.

Aberdeen Standard Investments is even seeing dealflow from some of the smaller lenders, says Shelley Morrison, senior investment director in its fund finance group.

Morrison has been getting calls from both banks setting up syndication infrastructure, as well as sponsors looking to widen their lending relationships amid a pullback in activity from some lenders. The pandemic has caused a surge in demand for credit of all kinds, and some banks are approaching their allocation limits in sub lines.

“We have been shown deals by smaller lenders and the major European fund finance banks – some are actively trying to transfer a lot of risk, others are preparing themselves by ‘testing the plumbing’ or building the infrastructure so they have options,” Morrison says. “Everybody seems motivated to demonstrate that they have a working syndication model for fund finance.”

When Private Funds CFO first spoke to Morrison in May, she was already seeing a surge of deals as banks began to examine their exposures and concentrate on existing clients.

“We’ve more than doubled the level of conversations that we’d typically be having,” she said then. “In the last two weeks, I’ve had conversations with eight banks looking to syndicate transactions, with a total of 14 deals, including both new and existing facilities, being talked about.” 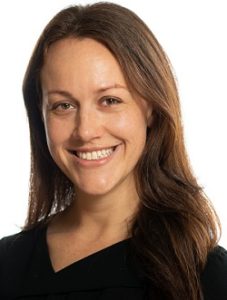 She confirmed in June that deal flow is still significantly up from pre-covid levels, though transactions are unsurprisingly taking longer to close as lenders continue to focus on existing clients and transactions. Pricing on European deals for top sponsors is around 20 basis points higher (around 180bps over Libor) since mid-March.

Aberdeen participates in the sub line market via traditional fund structures and separately managed accounts, focusing on committed facilities backed by the uncalled capital of primarily high-quality institutional investors, as well as some hybrids with recourse to uncalled capital. Its hold size is relatively small, at $25 million-$100 million (the same in sterling and euros), but that hasn’t stopped established players in the market from calling.

Lenders are increasingly looking for “more sophisticated” ways to reduce exposures to both individual financial sponsors and underlying LPs, she adds. “But importantly they need to do that without damaging their long-standing relationships with their clients. Banks are looking for a partner that can provide the capital but that isn’t going to go after the ancillary wallet, like the FX and cash management businesses.”

Yet to gain traction

Many lenders say a true, liquid secondary market for sub lines is not likely in the future, in large part because of the bespoke nature of the market. One US-based banker says of syndicating to non-bank players: “We haven’t done it because, structurally, it can be a bit confusing, because you have to take counterparty risk, and we are probably more comfortable with a bank as that counterparty rather than a fund, because they have to call capital themselves.”

But Morrison expects the trends she’s seeing to result in increased standardization of documents, which would help facilitate a secondary market, though Aberdeen has had to be more “flexible and creative” in order to join transactions with some of the “really sophisticated well established lenders.”

And, when fundraising regains a normal pace, Morrison sees dynamics that should boost this kind of approach. “As funds become increasingly large, the size of these subscription facilities are also becoming significantly larger, and there are very few banks that can deliver a $1 billion credit line by themselves, so they do need partners.”