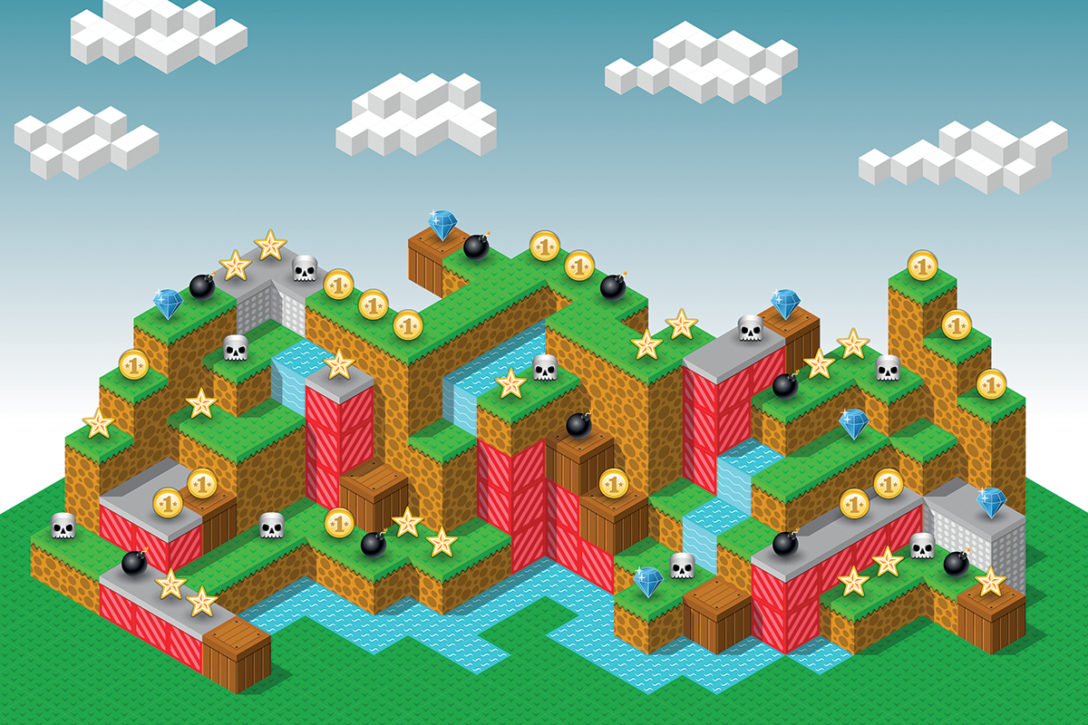 Private equity firms are masters at transforming the companies in which they invest. In an era of rock-bottom interest rates and sky-high valuations, driving fundamental operational change has become essential to delivering returns.

At the heart of almost every private equity investment hypothesis today lies a transformational digital strategy. Indeed, many firms have hired dedicated digital expertise to boost the performance of their underlying portfolio companies.

And yet, these same private equity firms have proved remarkably reluctant to apply a digital lens to their own businesses. The asset class continues to lag far behind other industries when it comes to embracing automation.

This is gradually beginning to change, however. A proliferation of complex regulation, along with the trend of limited partners growing more sophisticated and demanding, means technology has revolutionized compliance and LP reporting in the wake of the financial crisis.

Now, private equity is slowly beginning to turn to automation for its most critical and complex calculation of all – the waterfall.

The waterfall calculation, which determines the priority in which investment proceeds are paid out to general and limited partners, is the lifeblood of the private equity model. It governs the crucial alignment between GPs and LPs and, as the generator of carried interest, it is also a vital source of incentivization for the investment teams themselves.

“The waterfall is the most important and complicated calculation that a private equity CFO faces, not least because it is highly visible to everybody,” says Daniel Parker, CFO at Synova Capital. “Every partner in the firm will be running their own background calculations and so will our underlying investors. You can’t afford to get it wrong.”

It is precisely because this calculation is so important – and so personal – to those running private equity firms, that automation has been slow to catch on. CFOs may fear ceding control of spreadsheets that have governed their waterfall models for years. Their investment teams may be suspicious of changes to the way they get paid. There may be distrust, in general, of the idea of a black box that simply spits out a number.

“This all still feels very new, and when something is new it is normal to get pushback,” says Joe Hayward, the tax and finance manager at ECI Partners, who is currently responsible for implementing a new automated monitoring, valuations and waterfall system at the firm.

“I think there can be concerns about not being able to delve into the underlying working in the same way you can with an Excel spreadsheet, which everyone understands, and which has been around for decades. It’s important to get buy in for a new system from the whole team.”

Automation at ECI Partners: A work in progress

“Excel has the advantage of familiarity,” says tax and financial manager Joe Hayward. “It also enables you to make adjustments depending on the intricacies of a particular investment. But it does have limitations in that it can be difficult to prevent errors creeping in. It can also create issues around auditing.”

ECI has recently, therefore, introduced a cloud-based automated system for monitoring P&L KPIs across its portfolio. It is now in the process of implementing a parallel valuation system that uses that information. “The two systems are meant to work in conjunction with one another. We are also testing the systems’ capability to accurately calculate waterfalls. We are not there yet but early testing suggests the system is flexible enough to meet our needs. We hope to be up and running by December.”

CFOs worry, too, that the implementation process and historical transfer of data will consume vital resources. They may also question whether software can really accommodate the many nuances and idiosyncrasies of their models.

“Partnerships are wonderful in that you have great flexibility to structure things exactly as you want to structure them. You can have excused investors, for example, or different fee structures for specific LPs,” points out Darren Jordan, CFO at Silverfleet Capital.

“But that flexibility can inherently create complexity, and the key area for that complexity is the allocation of profits between investors and the carry partner of that vehicle – the waterfall. We have been around for more than 30 years and the models we have built with Excel have been shown to have great flexibility. They have integrity. Fundamentally, they work.”

The problem with spreadsheets

But while private equity’s passion for Excel remains undimmed, spreadsheets do have their limitations. And as the capital inflows into the asset class continue to swell, and the complexity governing the outflows – the waterfall – escalates ever further, those limitations are becoming increasingly apparent.

The reason that the error rate is so high is because there are just so many ways that errors can be made. Numbers can be mistyped; incorrect formulas or logic can be applied; there can rounding mistakes; cells can be improperly formatted, or a formula may not be correctly expanded across a row or down a column.

“We see clients who simplify calculations to make the process easier to follow and more repeatable,” adds Scott Pearson, who heads private equity services at EWM Global. “But those simplifications can end up overstating the preferred return when compared to an automated system that is carrying out a far more detailed and complicated calculation. Those clients are simplifying something they know to be complex and by doing that they don’t necessarily get the correct answer.”

Indeed, the complexities of the waterfall calculation can quickly become compounded and errors can spiral across hundreds of linked spreadsheets and thousands of lines of data. Errors can cost private equity firms millions of dollars in time and money and dent their reputations, damage their relationships and impair their future fundraising.

Maintaining these labyrinthine spreadsheets can also be extremely time consuming, with additional resources required for checking and re-checking the results. The implementation of automated systems does require upfront investment, both in terms of capital and time. But once operational, adding new funds should be relatively straightforward in a well-designed system.

Furthermore, responsibility for Excel-based waterfall calculations tends to rest in the hands of a small number of individuals, due to its importance and complexity, which creates an intrinsic keyman risk. Working with a software partner offers a route to strengthen business security and means there is always someone to step in to help train new recruits.

Excel also offers limited capacity for sharing, either internally or externally. And, as institutional investors become increasingly active in monitoring their investments – and indeed will often replicate the waterfall calculation themselves – Excel offers no easy way to let LPs dive into the calculation behind the waterfall without sharing the entire model. Automated systems, however, are built with collaboration in mind.

Perhaps most importantly, meanwhile, automated systems have the added bonus of allowing private equity firms to easily model and re-model the waterfall based on myriad variables, ultimately optimizing the outcome.

“You can tweak the compounding, or the number of days you use in that compound, without having to copy that formula across hundreds of different rows,” says Riyaz Gadiwalla, head of product management at EWM Global. “Or you can play around with excluding a particular expense. Being able to optimize the most important calculation for a firm’s partners in an automated way is a pretty powerful tool.”

Finally, far from obfuscating the waterfall, the process of automation itself can help increase transparency and support clear decision making by pushing teams to reassess the way they approach the calculation rather than automatically accepting the status quo. “Firms are forced to review policy and to review configurations and then make determinations for future funds,” explains EWM Global’s chief operating officer Rebecca Symonds.

Automated software should, in any case, provide detailed reporting on every variable that has gone into the system and CFOs should be able to retain visibility of the process, in much the same way that they would with Excel.

Indeed, while early automation focused on the provision of a full service platform, the emphasis now is on empowering CFOs to run their own waterfalls, supported by a system that is flexible enough to swiftly adapt to any internal or external forces that may come that firm’s way.

Automation of this revered calculation is still very much in its infancy, but more and more firms are preparing to take the plunge. “Waterfalls will probably be the last bastion of Excel,” says Haywood. “It’s still early days. But as automation is increasingly used for portfolio monitoring, and for pulling out the P&L inputs necessary for company valuations, it is likely that automation of the waterfall itself will be next.”

What makes the waterfall so complicated?

Furthermore, individual firms will operate different structures across funds, and significant variation will even exist within funds themselves, depending on the specific negotiations with underlying investors.

Most waterfall models are some variation on:

However, the order of priority in which proceeds are allocated across these tiers can vary widely. And even where a firm does operate a standard model, with 20 percent carry and an 8 percent hurdle with 100 percent catch-up, those components can be calculated in many different ways. The preferred return can be calculated as an IRR, for example, or simple interest, or monthly compound interest, or as a multiple of contributed capital.

Furthermore, sometimes waterfall calculations for a specific fund will be adjusted over time because of LPA amendments. The tax and regulatory treatment of proceeds in different jurisdictions also have to be taken into account, as do changes to those regimes. And when carry partners leave a firm, forfeited carry points must be reallocated.

As capital continues to pour into the asset class, LPs are becoming more sophisticated and the complexity around waterfalls is only increasing. Provisions such as deferred carry mandates, post carry fair value tests and interim claw back are now commonplace.

This lack of standardization makes automation challenging, certainly, but this level of complexity is also the reason why private equity firms are beginning to recognize the limitations of manual systems and some are embracing an automated approach.