This article is sponsored by BC Partners.

What was the rationale for setting up the GP and NAV financing business last year?

Ted Goldthorpe: We already had very close relationships with private equity firms through our sponsor lending channel and we found ourselves increasingly talking with clients about their need for capital, not only at a portfolio company level but also at a fund and GP level.

It is a space that has been evolving over the past 10 years, but which remains relatively uncrowded, and so we saw an opportunity to generate strong risk-adjusted returns. It is also very much a relationship
business, which is core to our franchise, and so it was a natural next step.

What types of firms do you primarily work with?

Goldthorpe: It is primarily private equity but we have also made a number of loans to credit groups. The dynamics are very similar and, of course, we really understand the underlying exposures in that asset class. It’s our bread and butter and we love these types of deals.

We tend to do less on the venture capital side, however, because it is harder to underwrite the portfolio companies, which generally speaking, don’t generate cash. You need to use non-traditional metrics and so while we have done a few, the bar tends to be higher.

What has been driving growth in demand for NAV financing among these firms?

Goldthorpe: It has become harder to exit portfolio companies over the past two or three years, which means LPs aren’t receiving distributions. That has really driven growth in the demand for financing at a fund level.

Tom Glover: The covid outbreak really brought NAV financing into the mainstream as private equity firms sought solutions to protect their portfolio companies. It was seen as more of a defensive play at that point. But as it became more widely used through the pandemic, more and more sponsors started to see its advantages as a driver of growth.

Funds that were still relatively young, but had limited undrawn capital remaining, were still seeing lots of opportunity to build their portfolio companies and NAV financing has been able to fill that gap. We are also increasingly seeing firms use NAV financing to return capital to LPs. As Ted says, exits are being delayed, but fundraising is continuing, and investors want to see distributions from a fund before they will make commitments to its successor.

After all, you can have a fund that is up 2X but has returned no capital. We can offer a 25 percent LTV NAV loan, but because the fund is marked at 2X, that 25 percent is actually 50 percent of the original fund. That’s a sizable cheque to be sending back to LPs just as you go out fundraising. So, I think we will see more of that going forward, but I also think we will start to see firms battening down the hatches and turning to NAV to help protect their underlying portfolio companies as the economy slows down.

So, you don’t expect a more volatile economic backdrop to have any negative impact on demand for NAV financing?

Goldthorpe: On the contrary, I think a more challenging economic environment will only increase demand for creative capital solutions, as it becomes even harder to exit investments at attractive valuations. Fund finance has been our biggest growth business over the past two years, probably representing around 50 percent of our overall pipeline right now. I also think it offers the best risk/reward profile within our entire direct lending business.

What are you seeing in terms of portfolio company fundamentals as this new economic environment starts to bite?

Goldthorpe: With the exception of some consumer-facing sectors which have been hit by the end of economic stimulus packages and inflation reducing disposable income, most businesses are doing very well. Profit margins are strong, companies are de-leveraging and interest coverage is at an all-time high so, overall, businesses seem to be in good shape. These are very uncertain times, however, and so the ­question is how that might change going forward.

Has that uncertainty impacted your risk appetite or approach to underwriting?

Goldthorpe: Not really. We are lending at between 10 and 20 percent LTV and so while we are of course exercising caution in our underwriting, particularly in the consumer space as well as industrial companies exposed to complex supply chains, there has been no significant change in our approach to the market.

Do you expect a downturn to impact the supply of NAV financing more       broadly?

Glover: I don’t think it is a secret that there has been a reduction in risk appetite amongst banks, which have been the dominant players in the upper-mid and large cap private equity markets historically. The general message appears to be that, while those lenders may not be stepping out of the market entirely, they are reserving their capital for their closest relationships and so I do expect banks to be somewhat less active in this space.

On the flip side, although we were a relatively early mover we are now seeing a few other credit orientated fund groups getting more interested in fund finance as well, which should counteract a fall-off in supply from banks. We are also seeing good appetite amongst insurance companies for NAV loans, with the right credit profile for their portfolios.

What are the pros and  cons of working with a bank, versus a fund or insurance company from a borrower’s perspective?

Glover: There is a continuum of risk and return. Banks tend to play at the lower end and they often have fairly rigid structuring and underwriting criteria. At the other end of the spectrum you have dedicated credit fund players like us that bring a great deal of flexibility. We will sit down with a client and really try to understand what the objective is and then apply a creative solution to solve for it, rather than trying to make a template fit.

With regards to insurance companies there are a few specialists, but the vast majority don’t have the dedicated resource required to originate and structure these deals. Instead, most insurance companies are looking to firms like us to provide that skill, while they seek to be a capital partner of choice.

How are the credit fund players entering the space seeking to differentiate themselves?

Goldthorpe: There are only a handful of players that are exclusively focused on this part of the market so far, and most of those are focused on the ­really big deals. We tend to prefer the mid-market, where we have strong relationships and we like the risk/return profile.

How are LP attitudes toward NAV financing evolving?

Glover: LPs are becoming more educated about this product and why they shouldn’t necessarily fear it. We look to the GP to resolve any potential issues with the LPs and, most of the time, those LPs are very supportive because they recognize that the GP is coming to them with a compelling use of the funds and that the NAV loan will help drive higher returns. In some cases, LPs do have objections and if those can’t be overcome then we won’t do the deal. However, we are increasingly seeing LPs specifically reference NAV funding as LP acceptance continues to grow. So, I expect this to be less and less of a problem.

With no slowdown in demand on the cards and new entrants continuing to enter the market, how big could NAV lending become?

Glover: I would point to the continuation vehicle market for analogy. The continuation vehicle structure barely existed six or seven years ago but now has become a tool of choice, particularly for the very best portfolio companies. That is an example of the wholesale adoption of a completely new product, and I expect we will see something very similar in the world of NAV financing. 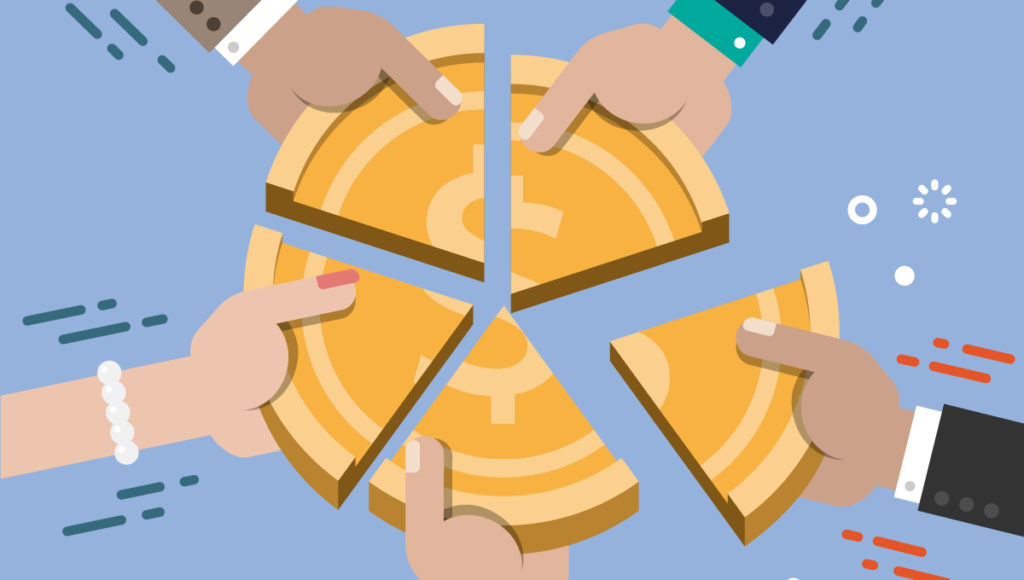 BC Partners is not only providing capital at a fund level. It is also lending to the GP itself.

“The array of opportunities facing successful GPs is extraordinary, whether it’s expanding into a new product area, or a new geography, or perhaps buying out founding partners, or a cornerstone investor,” says Tom Glover.

“At the same time, firms are dealing with the implications of their fundraising success where they are having to make two percent-plus commitments to ever larger funds,” Glover adds.

Ted Goldthorpe agrees. “Private equity firms have been raising larger and larger funds and have also been coming back to market more quickly. That is putting pressure on GPs when it comes to their own commitments to these vehicles.”

The situation is particularly acute for those GPs employing a European carry structure where the GP only receives a distribution at the end of the fund’s term. “These GPs are finding that while they are hugely successful, success is not being matched by cashflow,” Glover explains. “We are able to provide them with the liquidity they need so that they can take advantage of all these opportunities in front of them.”

And while GPs do have other options available to them, including the sale of a stake in the management company, Goldthorpe believes that GP financing is often the most logical choice. “The sale of a stake is permanent, whereas our solution is temporary. The cost of capital is also cheaper, so it should be an easy decision for any GP willing to take on debt.”