Securities and Exchange Commission regulators have said they want to see “robust compliance programs” in the firms they examine. Boston-based advisor Peter DeCaprio wants you to know they really, really mean it.

“Our interaction with the SEC was a lesson to us about the severity of the SEC’s view on disclosure of industry relationships even when no investments are made or de minimis amounts of money are involved,” he told affiliate publication Regulatory Compliance Watch in an exclusive interview.

DeCaprio, 58, spoke with RCW just days after the Commission published a settlement order. Without admitting or denying guilt, DeCaprio has accepted censure and will pay $75,000 to settle accusations that he didn’t properly disclose conflicts of interest in an aborted private fund venture that he says never got off the ground.

DeCaprio founded his advisory firm, Crow Point Partners, in 2006. At its peak, it managed some $920 million in assets. One of the funds Crow Point and DeCaprio advised was the EAS Crow Point Alternatives Fund. It was an open-ended mutual fund launched in 2013.

In April 2015, Crow Point began putting money into the EAS fund, using an unidentified hedge fund investment platform. The money eventually wound up in a separate firm, identified by the SEC only as “the Private Fund.” By the following year, Crow Point had put $8 million into the private fund, the Commission claims. 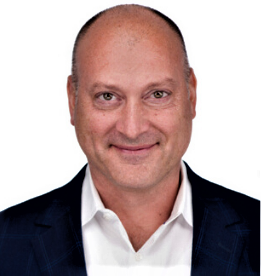 DeCaprio declined to identify the platform or the private fund in question. SEC records show that in 2015, Crow Point launched the Crow Point Global Dividend Plus Fund. Trustees included DeCaprio and Jack Kineley, a founder at Stafford Ventures.

In DeCaprio’s telling, the venture never went anywhere, and he resigned from it within months. He said he had every intention of updating the firm’s Form ADVs at the annual deadline but didn’t think the aborted business was a material change worthy of filing an amendment. Looking back, he says that he probably made a mistake by outsourcing his compliance functions and using the contractor ala carte.

“We did what we thought 100 percent what the SEC wanted us to do,” he told RCW. “Our definition of what rose to the level of disclosure was obviously different from theirs.”

DeCaprio and Crow Point may be collateral damage from an older SEC enforcement case. The Commission settlement order says that the EAS fund had been part of a series offered by Northern Lights Trust Fund.

In 2013, regulators sued Northern Trust’s adviser and its principals, alleging violations of disclosure, reporting, recordkeeping and compliance violations in the turnkey operations of two different trusts advised by the defendants.

Three years later, Northern Trust issued a recission letter. That appears to have brought regulators back in.

DeCaprio says the most important thing he’s learned from the case is that there’s no such thing as too much disclosure.

“If there’s even the remotest notion that something could cause a disclosure issue, put it in,” he said. “Even if it triples the size of your ADV.”