Many chief financial officers are factoring in the possibility of the US slipping into recession in the next two years, suggesting a halt to a near decade-long era of economic growth in the aftermath of the global financial crisis.

Almost half, or 48.6 percent, of US CFOs surveyed by Duke University believe there is a likelihood of the US slipping into recession next year. Of the 212 US firms surveyed, 82 percent of CFOs predict the country will hit a recession by the end of 2020.

The Duke University/CFO Global Business Outlook serves as a guide for CFOs at private equity firms to gain an understanding of how CFOs at the portfolio company level are interpreting the economic outlook in the US and abroad, in consideration of factors such as volatility in financial markets and the presidential election in 2020.

“Given that 2020 is an election year, there is a lot of uncertainty, which is likely to hit the markets from the political side as well,” said Sanjay Sanghoee, CFO at New York-based mid-market firm Delos Capital. “So, it’s hard to really predict. It’s also hard to say whether it will just be a quick market correction or an actual prolonged recession.”

Optimism on the US economy took a hit this quarter with the optimism index slipping to 66, compared at an all-time high of 71 in the third quarter. The trade war between the US and China has heightened concerns of tariffs affecting the US economy. The Federal Reserve has also indicated that it will gradually tighten monetary policy.

US CFOs believe that US real GDP will grow 2.7 percent in 2019, but there is a one-in-10 chance that GDP will grow only 0.6 percent. In that low-growth scenario, capital spending will drop and hiring will be little changed, Duke reported.

John Graham, a finance professor at Duke’s Fuqua School of Business and director of the survey, expressed how the economic growth that the US has been experiencing for almost the past decade is coming to an end. Still, he also believes the government still has time to try to lessen the impact of a possible recession.

“Their recession projections suggest CFOs believe most of this growth will occur early in the year,” Graham said in a press release. “This means there is still time for the government to use the tools at their disposal to soften the fall.”

American CFOs aren’t the only ones with a pessimistic view on the outlook of the global economy. CFOs abroad also shared concerns of a possible recession in their region. 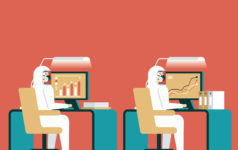 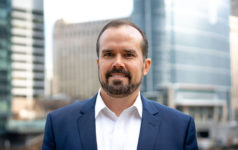 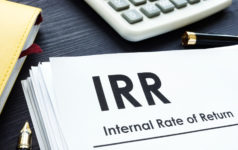