Last Thursday, posted in the lobby of Westminster Magistrates Court in London, was a schedule of at least 20 hearings set to take place that day. Amid the ATM scammers, drug dealers and perpetrators of assault were the names Arif Naqvi and Sev Vettivetpillai, the former CEO and managing partner of collapsed emerging market PE firm Abraaj, wanted for extradition to the US on charges of fraud.

The US government’s case is built on two pillars. One, that from mid-2017, the executives allegedly provided investors and potential investors with “materially inflated” valuations in order to extract illicit fees and secure commitments. Two, that from 2014 onwards, money was allegedly misappropriated from Abraaj’s healthcare fund and diverted to plug gaps in the firm’s balance sheet, as well as for Naqvi’s personal use. The prosecution claims that Naqvi could have misappropriated as much as $500 million.

Sat in the public gallery, the first thought to occur to PEI was “who’s next?” At Vettivetpillai’s bail hearing, the defence argued that in 2017 he requested that Abraaj’s board reconsider the roles of four individuals (as yet unnamed) in light of emerging allegations of wrongdoing. The request was rebuffed, triggering his resignation.

The second thought was that this trial will have ramifications that go far beyond Abraaj and EM private equity.

In January, we reported that banks were changing the way they extend fund finance to ensure that if a GP defaults on a loan, they can claw back money from the LPs in its funds. This was spurred by a dispute between Société Générale and a group of Abraaj investors. The trials of Naqvi and Vettivetpillai provide a prominent platform for LPs and regulators to examine other points of contention.

Many LPs have expressed concerns about self-reporting and the assumptions that underpin GPs’ valuations. Speaking to GPs it is clear that most prefer to keep valuation as an in-house exercise, for the obvious reason that they know their portfolio companies better than any external consultant. Investors will surely take this opportunity to call for greater scrutiny, perhaps by insisting another layer of mandatory third-party scrutiny.

This year sees the introduction by the UK regulator of the senior managers certification regime, which will make executives personally liable for giving LPs misleading valuations or adjusting EBITDA based on outlandish assumptions. Abraaj’s case suggests GPs can’t be trusted to self-report, justifies the actions of the Financial Conduct Authority and may well give other regulators similar ideas.

Abraaj’s former MENA head Ahmed Badreldin, in an October article for PFM, suggested the LPAC should be granted the power to demand a forensic fund audit and access to a fund’s bank statements in cases of suspected misappropriation. He also recommended that fund administrators be granted greater powers, or better still, bear legal liability as directors in the GP, to ensure they do their jobs properly.

Ideas like this seemed drastic last year. But the longer the Abraaj case stays in the business pages, and the more dirt rubs off, the stronger the impetus for change will become.

Write to the author: rod.j@peimedia.com 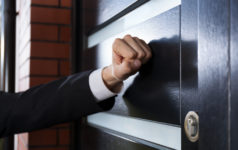 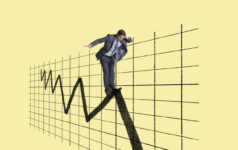