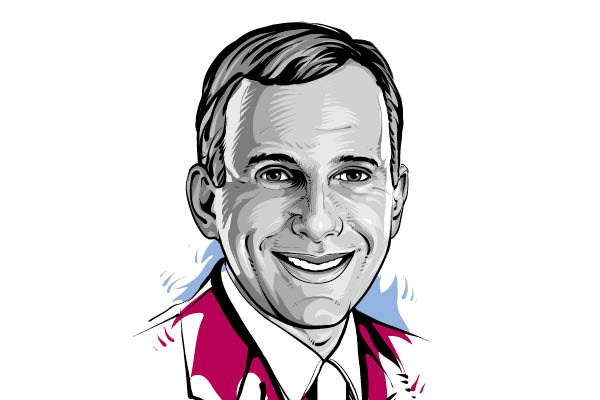 In 2019, Saul Goodman’s 14-strong team at Evercore advised the management of GI Partners, BC Partners, Nordic Capital, HGGC, Marlin Equity Partners and I Squared Capital, among others, on sales of minority interests in their firms. In previous years it advised on investments in Bridgepoint (the owner of PEI Media), Francisco Partners, Platinum Equity and Silver Lake.

The sale of minority interests by private capital firms is one of the industry’s most interesting sub-plots and Goodman’s team has been at the heart of it. Private Funds CFO caught up with Goodman to get his view on the GP interests market.

GPs selling minority stakes is touted as a recent trend, but when did it really start?

A GP having a minority partner has been around forever, but the market was historically focused on seed capital deals and hedge funds.

In the 2000s there were a few large deals into PE firms from some sovereign wealth funds that were either pre-initial public offering rounds or strategic in nature. The market then really was dormant until about 2015 when the dedicated funds became very active.

Is the “model” for the recent transactions the same as earlier deals involving sovereign wealth funds and pension funds? What’s different?

They are different. Each of those transactions was rather bespoke and usually a result of a strategic negotiation between the GP and one of their largest LPs. Although the economic construct is similar, several of the older SWF deals had unique governance and liquidity aspects. The market has greatly evolved terms now that provide more standardization and better alignment.

We have had a glut of these deals in the past few years: do you foresee a corresponding glut of secondary trading in GP interests?

No. The investors, which are mainly the funds, are incentivized to hold for the long term. They are trying to build broad and diversified portfolios of investments. Over time I do foresee the funds selling off bespoke pieces of their portfolios to institutional investors, as they can curate a unique set of opportunities and economics. But I think the GP funds will still manage the relationship and be in charge. Also, the terms of these deals limit some of the transfer activity, so it will be orderly and, in my view, still years off.

“Newer categories such as credit, infrastructure, venture and real estate, are really opening up. Europe is still in the very early stages”

There is a finite opportunity set for investors in this area, particularly those wanting to write big checks. More capital is being raised: where is it going to end up?

We track this closely and I still think there is ample opportunity. Most firms that could do this – strong performers with solid governance and LP relationships – have still not done so. Many of those are in the mid-market. Newer categories such as credit, infrastructure, venture and real estate, are really opening up. Europe is still in the very early stages. We are also starting to see several follow-on deals, where either the existing investor or a new party buys more equity in a firm a few years after the initial investment. I think you will see that more often. Additionally, every year several new firms cross the threshold where this is of potential interest.

We have mostly seen funds playing in this space, namely Blackstone, Goldman Sachs’ Petershill Funds, Dyal Capital Partners and some new entrants. Do you see other buyers emerging? Perhaps some big asset managers looking for a slice of PE upside?

The current market is dominated by the fund types, but it is expanding and includes certain large family offices and SWFs. For certain categories like credit and real estate, we see interest from a broader group that includes insurance companies and North American pension funds. To date, the interest from other large asset managers for minority stakes in GPs has been limited. They prefer control and the vast majority of GPs want to stay independent.

You primarily advise the GP in these deals. What are the recurring questions or concerns they raise in the processes?

It varies, but there are seven common elements: ensuring that the day-to-day operations and future flexibility to run the firm stays 100 percent with management; understanding the value-add that the partner will bring; making sure that there is alignment and that LPs will view this as a positive event; treating the entire partnership and employees base well; understanding other options such as debt or structured financing; providing for a strong sustainable franchise with longevity and succession; and making sure the overall process and transaction will be successful.

Does anything ever worry you about the way this market niche has developed?

Although increasingly rare, there are still some LPs that don’t take the time to understand what these transactions are and are not. For the most part nowadays, the LPs understand them well as they have witnessed so many and those firms continue to be successful and the new capital aids in growth, succession and long-term success.

Also, the new partners do add value while being hands-off on the operations of the firm. Additionally, on most occasions the new capital is invested back into the funds, increasing alignment with the LPs.