CrownRock Minerals came into being in February 2007 when private equity firm Lime Rock Partners struck a deal to provide up to $100 million in growth capital to a joint venture with oil and gas business CrownQuest Operating in Midland, Texas. The investment came from Lime Rock’s fourth fund, which closed on $750 million in September 2006.

Fast forward to 2018 and Lime Rock Partners IV was all but liquidated, save one asset and a few residual holdings. However, that one asset – CrownRock – had a net asset value of close to $1.9 billion and still had room to grow in value in Lime Rock’s estimate, by a significant amount. The situation, an end of life fund and a remaining asset with a future of continued growth, was ripe for a GP-led secondaries process. “We had been talking about the potential for a longer holding vehicle with investors in the course of our regular site visits for several years before launching a process,” Gary Sernovitz, a Lime Rock managing director, tells Private Funds CFO.

In pursuing a GP-led secondaries process, Lime Rock was to join a wave of private fund managers doing similar deals. These processes have emerged to solve for one of the major structural shortcomings of the private equity model: that a 10-plus-two-years fund life does not always fit with the trajectory of the underlying portfolio companies.

Such deals were once considered a fix for a broken fund, in which GPs and LPs had become misaligned and something drastic was required to reset the economics. This stigma has now been consigned to history and GPs have grown to see the secondaries market as tool for efficient fund management. In-demand managers such as Warburg Pincus, TPG, Blackstone and the owner of PEI Media Bridgepoint have undertaken processes.

With investors consulted on an informal basis, Lime Rock selected an advisory team. “We spoke to our existing LPs who have secondaries programs and asked them which intermediaries they work with who bring them the best product,” says Sernovitz. Evercore’s private funds group was selected. 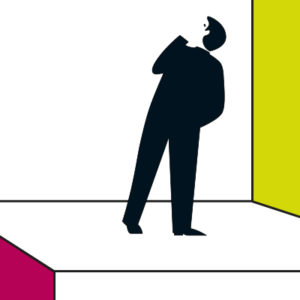 It is technically possible to run a process without an advisor – EQT ran a stapled tender offer in 2017 without one – but normal procedure is to hire one. “These are time-intensive processes and there is an art to running an auction,” says lawyer Andrew Ahern of Debevoise, who has worked on GP-led deals for a number of general partners and advised HarbourVest on its investment in Lime Rock’s restructuring. “A good quality advisor can lend a credentialization to the process that it will happen and be done well.”

In terms of legal counsel, “we decided to use our existing fund counsel, Morgan Lewis & Bockius, who did a fine job,” says Sernovitz.

The process from the GP’s perspective broke down into three strands, he adds: finding the right secondaries buyer; working through the legal documentation and structuring; and the process around the limited partners.

The first of these – finding the right secondaries buyer – involved pitching the opportunity to a roster of established secondaries investors. “We basically spent three days in Evercore’s New York conference room giving the same presentation 12 times,” says Sernovitz. After a competitive process, the firm lined up HarbourVest Partners, a private markets investor whose secondaries program ranks in the top 10 in the world, according to sister publication Secondaries Investor.

While prices are presented as a discount or premium to net asset value, sophisticated secondaries investors will reach their own conclusions as to the value of the assets, particularly because reference dates for pricing tend to lag the deal by months. In the first half of the year, the average high bid across all secondaries deals for buyout funds was 95 percent of NAV, according to advisory firm Greenhill, but “certain high-quality GPs or funds continue to price at significant premiums (eg, 120 percent of NAV).”

For the second strand – the structuring – Lime Rock opted to create an acquisition fund that would buy the assets from the old fund. Those investors who wanted to roll into the new fund, rather than cash out, would receive a distribution in kind of an interest in the newly minted Lime Rock Partners IV AF, so that no tax liability was incurred. The original Fund IV would be marked as fully realized.

Fund terms are not standardized across continuation vehicles, says Debevoise’s Ahern. “I generally see pretty bespoke waterfalls with varying carry points and return points. Unlike commingled funds, where you have no idea what you are going to invest in and a lot of different investors, here we know exactly what the portfolio is going to be, you can better project what the returns are going to be and you are negotiating with one counterparty: it is a platform to design something bespoke.”

Returning to Lime Rock, the LP part of the process began with seeking the approval of the LPAC. There was no specific language in the limited partnership agreement that warranted this (there never is for a 2006 fund), but Lime Rock judged this to be a reasonable interpretation of the spirit of the agreement.

“It’s always good to go to the advisory board first, explain why you’re doing a transaction, what you’re doing, provide maximum transparency, listen to your LPs and ask them for their opinion,” says a managing partner at a secondaries firm active in GP-led deals.

“Every LP has an opinion and a preferred outcome, so you need to figure out what makes sense, and then create a level playing field.”

The important thing for Lime Rock was to be open about the fact this is a process that can pose potential conflicts, Sernovitz says. Each of the variables needs to be addressed, including the price being offered as a percentage of NAV, the terms of the new capital and whether there is a stapled component to the deal (which in this case there was not).

When the data room was opened to all the existing investors, it contained the same information that had been made available to prospective new investors.

In the end around 40 percent of Fund IV investors either held or upped their stake, 30 percent chose to partially liquidate and another 30 percent sold out entirely. As lead buyers, HarbourVest accounted for around half of the $741 million in new capital and a book was built around that cornerstone that including familiar names from the investor community.

According to news reports at the time, CrownRock ended up making 24x invested capital for investors in Lime Rock’s 2006 Fund IV, and the whole fund ended up at 2.9x.

Skin in the game

One of the keys in terms of getting existing investors comfortable with the deal was being clear about how the GP would benefit from the deal; the GPs’ carry from the original fund became an LP interest in the new fund and the GP became the largest investor in the new vehicle.

“When you sit across from investors saying that management the senior management of Lime Rock and others on the team are rolling their entire stake over, given their conviction in the opportunity, they appreciate it and understand it,” says Sernovitz.

A fund restructuring is not the always the answer and should not be undertaken lightly.

“We have talked clients out of doing these,” says Ahern. “You could do a term extension if it is just about time. Need more capital? Raising a side car is probably easier. Some investors want out but there’s nothing else that needs to be changed? A tender offer can solve that.”

If you tick multiple of these boxes, then a fund restructuring is an elegant solution, says Ahern. Four different groups of stakeholders “can walk away satisfied” from the deal.

LPs often wonder who will foot the bill for a transaction like this. “There should be a natural justice in terms of who pays for which elements of the process,” say Ed Ford and Sacha Gofton-Salmond of law firm Travers Smith.

“The new ILPA guidelines on GP-led secondary transactions say that LPs who decide not to take liquidity should not pay for any of the transaction costs; the transaction adviser is achieving liquidity for selling LPs, so its bill should be paid by them.

“The guidelines also note that in cases where the GP clearly benefits from either additional fee revenue or through stapled commitments, the GP should pay some portion of the transaction costs.”

This market is booming. Advisory firms predict that secondaries deal volume will once again break records this year after a busy first half. Greenhill found that $42 billion in secondaries transactions closed in H1 2019, of which GP-led transactions – as opposed to LP-initiated stake sales – accounted for a $14 billion. New variations on deal types seem to emerge on a monthly basis.

If anything is to slow this trend down, it will not be a lack of available capital to back the deals. Secondaries Investor research suggests that five of the largest managers of secondaries capital will hold final closes in the second half of the year raising nearly $50 billion between them.