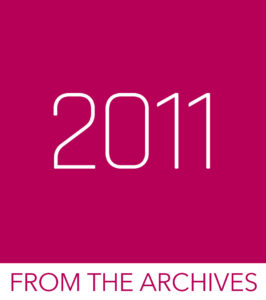 Private equity is an engine of growth for the US economy that risks being stalled by excessive regulation, according to former US Securities and Exchange Commission Chairman Harvey Pitt.

“My own belief is that private equity firms are the engine of economic growth and we are now imposing restrictions on them simply for the sake of restrictions,” he said. “My concern is that we will lose this engine of growth.”

Pitt’s comments at the annual Private Equity International CFOs and COOs Forum came as private equity firms raced to meet a September deadline for registration as investment advisers with the SEC. Firms had until September to complete their applications, although a required ‘review period’ would force most firms to file by mid-July.

Pitt, who chaired the SEC between 2001 and 2003 and previously was general counsel for the regulatory agency, said he believed the SEC lacked the resources to effectively monitor private equity once the registration process is complete.

The number of registered advisers stands at roughly 11,000. But that figure is expected to swell by another 8,000 following an expected influx of new registrants from the private equity and hedge fund industries, according to Pitt.

“The SEC is not realistically equipped to begin overseeing this number (of RIAs),” Pitt said. The number of SEC staffers that monitor RIAs stood at about 800. And industry insiders say the SEC’s plan to boost that number by another 400, to monitor private equity and hedge funds, likely wouldn’t be enough.

Private equity firms are wary of registration mainly because of the future regulatory scrutiny it is likely to bring in the form of audits and other compliance issues. And on the flip side, Pitt said SEC staffers might find themselves stretched too thinly.

“Congress has told the SEC to go out and regulate the free world and much of the not-so free world, and then has not given them the (financial) resources to do just that,” he said.

Pitt compared Congress’ unrealistic demands on the SEC as something analogous to a scene in the opening credits of the 1960s television show “Get Smart”. “In the opening, there is a door sign that said ‘knock before entering’ and just below that was another sign that said ‘please don’t knock,’” Pitt said.