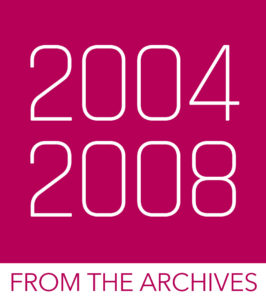 One thing that our New York CFO Forum demonstrated from day one was its ability to generate headlines.

The keynote speaker at the 2004 event was co-founder of the Carlyle Group David Rubenstein, who told the audience: “You’ll find an infinite number of books about how to run other kinds of companies. But you won’t find a single book about how to run a private equity firm.” (Rubenstein did eventually write just such a book, called How to Lead, published in 2020.)

Another 2004 speaker was Steven Gilbert, chairman of Gilbert Global Equity Partners, who explained why US private equity firms are paying attention to new Sarbanes-Oxley legislation. “The word ‘prison’ tends to focus general partners. Most of them are not interested in enjoying a custodial experience,” he said.

That trend for capturing the moment continued in 2005, when Joseph Landy, co-president of Warburg Pincus, outlined what it takes to succeed in his keynote address: “Folks, the world around us has changed. We simply cannot expect 90s-type results in the competitive 21st century environment in which we now find ourselves doing business. Private equity firms that haven’t prepared themselves to generate returns from the high teens to low 20s in this economic environment will not be top quartile players.”

Delegate numbers continued to grow in 2007. Discussion points included “how CFOs and COOs add value to the deal team” and a panel on secondaries transactions was an early sign of just how important this market would become.

The 2008 event focused on such topics as why so many private equity firms are hiring in-house general counsel and on the role of CFOs “as an agent of change.” One item on the 2008 agenda – “What is a dashboard and how do portfolio-company CFOs plug into it” – is a reminder of just how far PE has come on its tech journey.