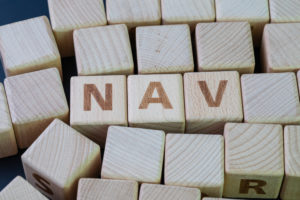 Fund managers should be working with institutional investors to determine the expected fair value-based NAV for March 31, 2020, according to a poll taken during a live webcast by Duff & Phelps.

The poll surveyed a mix of market participants, including public pension funds, funds of funds, service providers and GPs, among others, during a webcast titled “Coronavirus: How should institutional investors be valuing fund interests at March 31, 2020?”

In it, 64.2 percent of respondents said institutional investors should work with each fund manager “on a case-by-case basis” to determine expected Q1 fair value-based NAVs.

But LPs may have different timelines they need to abide by. “Some LPs need to report in April, some don’t report until May,” Larsen said. “If they can wait, they’ll probably wait, but if they need to know now, if they need to show quarterly results…they have to decide it [themselves] if they don’t have the information from the GP.”

Larsen emphasized that GPs shouldn’t be communicating information they can’t stand behind. “The GP has to as rapidly as possible come to their own conclusion,” he said, adding that even if the quarterly financial report isn’t finalized, GPs should be able to give their LPs a reasonable, justifiable range of change in NAV.

Portfolio companies have been hit hard from the covid-19 crisis, and March 31 NAVs will broadly be down sharply from December 31, before the pandemic all but stopped economic activity in its tracks. But some fund managers’ NAV calculations will be trickier to nail down than others, as the public markets swing wildly, M&A activity has frozen and the effect of the virus (and any ameliorating actions by governments) on many portfolio companies’ viability was still unclear as of March 31.

“What this [poll] is highlighting in particular this quarter is the need for general partners to be proactive, reach out to their limited partners and give them a view of at least where they think things are going to be as timely as possible,” said Larsen.