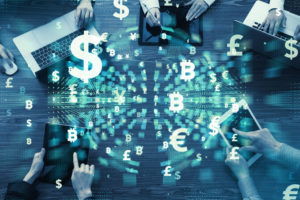 As it currently stands, the fundraising process, from a purely technological standpoint, has changed little over the past 25 years. In fact, the most consequential digital innovation might be that PPMs and other data room items today are generally published electronically, saving reams of paper but not materially changing a placement agent’s job description. Indeed, the most notable advances revolve around fundraising strategy, whether it’s helping GPs craft a more specialized go-to-market narrative, or methods for helping a successful GP extend their brand into other asset classes in the alternatives industry.

It’s worth considering how new innovations could reshape fundraising, even if they haven’t yet. There are at least a few advances that seem more likely in the medium term, given where technology seems to be headed.

The breadth and quality of databases have improved considerably over the past 10 years. Private Equity International’s database, for instance, tracks more than 13,000 different GPs and LPs and nearly 24,000 fund profiles. The market for data also includes competitors such as Preqin, Unquote and Pitchbook, among others, plus benchmarking data from consultants like Cambridge Associates. It’s a far cry from the VentureExpert databases of yesteryear.

But these are largely passive databases. It’s not a reach to think that as platforms evolve, they could play a more active role in integrating LPs and GPs. For instance, a pension or endowment could upload very specific and detailed search parameters and then receive notifications whenever a relevant fund opportunity emerges. Taking this one step further, the two sides could have the option of being automatically connected when their criteria are met. As such, the databases would go beyond being a reference tool and become an active, ‘always on’ matching engine.

It’s also conceivable that as analytical tools and big data develop, these instruments could be used to scan an LP’s portfolio in great detail and suggest trends or criteria that might not be apparent to the investment team. For example, in a hypothetical scenario, these analytics might help an LP discern that their three most successful funds have in common a slower-than-average deal pace, or a fund size increase of under 25 percent compared with the prior fund. Conversely, intelligence applications could also suggest gaps in the LP’s portfolio in less obvious areas. Once the LP has settled on desirable traits, these attributes could be used to scan for and suggest new funds, akin to the way Spotify suggests songs based on the attributes of your current playlist.

To the extent that predictive tools become more robust, these technologies could also have important implications for LPs. They could analyze massive data sets of macro-economic data, details of the competitive environment/market map, team track records or other factors to forecast the possible outcomes of a particular GP or strategy and run scenario tests. Imagine how powerful it could be if LPs had a (reasonably) reliable answer to questions such as: what would the expected portfolio-level IRR be if “Venture Capital Fund X” was included in the allocation? How might that change if “Turnaround Fund Y” was included instead?

Given that these capabilities are already available in other industries, it’s somewhat surprising that private equity fundraising remains behind the technology curve. It’s likely only a matter of time before these or other innovations are incorporated into the fundraising process. For a number of reasons, however, the ‘human element’ will remain an important part of the process for the foreseeable future.

For one thing, crafting a target list of prospective LPs for a fund is more art than science and thus requires skill, experience and judgment. For example, a particular LP might seem like a great match for a fund, but the individuals at the LP might have a poor track record of getting investments signed off on in a timely manner. A seasoned fundraising professional would know to exclude that group from a priority list.

Also, confidentiality is paramount for many players. For example, LPs are notoriously wary of providing third parties with any data about their current portfolio, given the risk of data breaches or the misuse of such information. This could severely slow the uptake of any tools that rely on access to the LP’s current portfolio to make predictions or matches with funds.

Thirdly, many current tools are fine at making predictions but less adept at explaining how or why they have arrived at this outcome. Unless AI applications become better at explaining this, it will be difficult for the human actors to fully understand and trust these tools.

Finally, high-quality placement firms play a useful role as an intermediary. They perform their own thorough diligence before taking on a client and, to some extent at least, stake their brand and reputation on each client they accept. By having in-depth knowledge of the LP and GP landscape, they can match high-quality investors to their GP counterparts in an efficient manner, as well as provide invaluable advisory services to GPs.

In sum, tools like AI and big data are having a profound effect in many areas of life and the alternative assets industry is no different. Some of these technologies could, in theory, fundamentally change the LP-GP relationship and reduce the role of intermediaries such as placement agents. However, taking into account the human element of the fundraising process suggests no wholesale change is on the horizon and that these tools will merely augment the current processes.

Karl Adam is a managing director at Monument Group