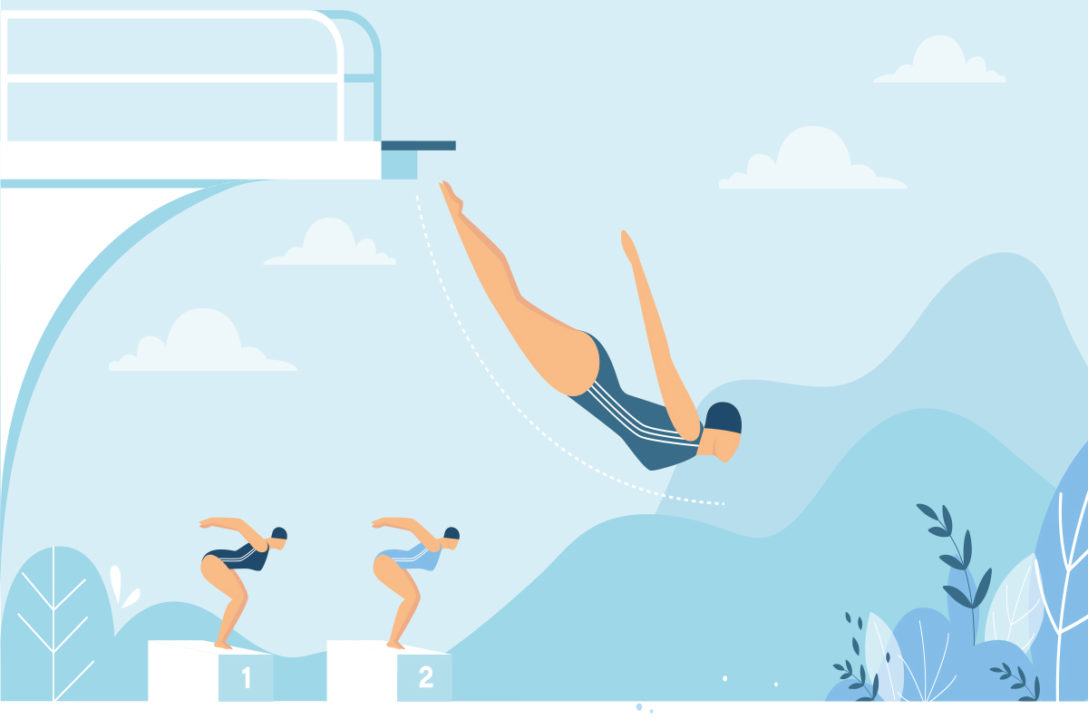 When healthcare specialist Revelstoke Capital Partners decided in 2019 that it wanted more time to hold onto Upstream Rehabilitation, an outpatient physical therapy provider held in its 2013-vintage debut fund, it turned to the secondaries market for capital. The Denver-based mid-market firm liked the outcome so much that the following year it turned to the secondaries market again for capital to hold onto rural communities care provider Fast Pace Health.

“In our particular cases, we wanted the option of providing liquidity to our investors, locking in a strong return for our fund while at the same time continuing our successful partnership with management and governance of the portfolio company,” says Simon Bachleda, co-founder and managing partner at Revelstoke. “The optimal solution to accomplish these goals was a single-asset SPV.”

Revelstoke’s experience echoes that felt by many other private equity firms around the world; namely, how to deal with trophy assets that have significant equity value creation potential beyond their initial holding period.

The rise of the GP-led market has been impressive. Sponsor-initiated deals totaled just $7 billion in 2015 and have grown almost four-fold to $26 billion last year, according to data from Greenhill. This market is expected to eclipse that of the traditional LP market, and there are signs this is close to happening. Data from Evercore suggest that GP-leds accounted for 50 percent of the total $60 billion that traded on the secondaries market last year – the first time that LP trades have accounted for less than half of annual volume.

In recent years, the GP-led market has undergone a rapid transformation – faster than at any other period in this sector of the market’s existence. The latest iteration of the GP-led market – and the one that has participants the most excited – is the development of single-asset deals: sponsor-initiated secondaries processes involving sole assets or sometimes portfolios with more than one asset but which are highly concentrated.

The advent of this market has heralded a sea change for both secondaries buyers and financial sponsors alike. Today, a GP with a prized asset who feels the company could benefit from the firm’s continued ownership of it can tap secondaries capital to enable it to do so, while providing an exit to any LPs who would prefer to take cash and allowing any LPs who still wish to remain exposed the ability to do so.

“The next five years is going to be the most exciting period of time for the GP-led market,” says Jon Costello, head of Stone Point Capital’s sponsor solutions business. He estimates the opportunity for single-asset deals in the US alone is worth at least $50 billion annually. “At the supply side, you’ve got all the highest-quality globally branded sponsors interested in doing these deals, whether it’s Hellman & Friedman, Blackstone or TPG. This is now part of their normal, regular way toolkit for dealing with successful companies as an alternative exit option.”

Ted Cardos, a partner in Kirkland & Ellis’s investment funds practice, says such processes are becoming so common that he has increasingly come across repeat GP clients.

“A lot of GPs are now doing this for the second, third time, which means they know what to expect from the process,” Cardos says. He cites PAI Partners as a well-known example of a GP that has successfully closed two notable secondaries transactions. This increased familiarity means that transactions now can move faster than when participants were feeling their way through earlier deals. “The scaling of this market is going to be very exciting in 2021.”

This rise has attracted new players to both the advisory side and the buyside of the market. In the past eight months alone, at least six firms including Rothschild, Guggenheim Partners and Jefferies have launched advisory units to capitalize on this growing trend.

One entrant is Goldman Sachs, which is positioning as a co-advisor on concentrated GP-led deals and which hired a secondaries expert from Lazard last year to help its push into the area.

“The way LPs and secondaries firms look at the world is, they’re very focused on comps,” says David Kamo, who runs Goldman’s secondaries advisory business. “They’re very focused on prior transactions, what kind of EBITDA was used, how do people think about the adjustments, how do people think about the industry, is there cyclicality? Am I going to buy this business and have it marked down the next quarter because the S&P trades off?” Goldman’s M&A expertise and research means it can add value to such processes, Kamo says.

On the buyside, there are signs that competition is about to become even more intense. On a fourth quarter 2020 earnings call in January, Blackstone president and chief operating officer Jonathan Gray said the private equity giant had launched a dedicated GP-led secondaries fund to invest alongside managers who want to hold onto assets for longer, which will be managed by its Strategic Partners secondaries unit.

For Michael Woolhouse, who ran CPP Investments’ global secondaries unit for five years before joining TPG last summer to lead a GP-led team there, the LP and GP-led markets have evolved to a point where they are very different businesses. Underwriting in the LP business – what Woolhouse refers to as “a good business but predominantly a diversified market exposure” is “almost unnecessary,” he says.

“If you’re buying 65 different fund interests with 1,000 underlying companies, you don’t need deep underwriting capabilities as the largest position is only 1-2 percent of the portfolio. It is fundamentally a macro investment. It’s a top-down underwriting decision, it is not bottom up, it is not company level,” Woolhouse says.

The future of GP-leds is increased sector expertise, he adds. “This market is craving specialization. The underwriting capabilities and people that you need – it’s a totally different business on the GP-led side when buying a single company.”

John Rife, a partner at Debevoise & Plimpton who advises on secondaries deals, agrees. As capital becomes tighter and there’s more competition around fundraising, more niche buyers will emerge, similar to the evolution of the direct buyout market, he says.

“For new market entrants, having a niche can sell better, and I think we’ll see that on the secondaries side as well,” says Rife.

“The slightly smaller or medium-sized fund managers that we talk to are really curious to learn more about those [GP-led] liquidity solutions”
Nico Taverna, Mill Reef Capital

The shift to single or highly-concentrated portfolios has made it easier for insurers to underwrite such deals, and the use of reps and warranties insurance as a way to bridge the recourse gap is likely to increase, Rife adds.

As GP-led processes become more common among large-cap, high-quality managers, it is inevitable that secondaries market technology for these deals will filter down into the mid- and lower-mid-market, say industry sources. One firm targeting opportunities in this part of the market is Mill Reef Capital, a Zurich-based firm founded by former Schroder Adveq and LGT Capital Partners executives.

According to Nico Taverna, one of Mill Reef’s founders, there are more than 1,200 GPs in Europe alone with fund sizes smaller than €300 million, and many of them are keen to explore optional liquidity processes. “The slightly smaller or medium-sized fund managers that we talk to are really curious to learn more about those [GP-led] liquidity solutions,” says Taverna. “Fundamentally these managers have the same challenges – they might have a great asset which needs some additional time for the full value to be extracted or they have a fund which is reaching the end of its fund life. What we offer to these managers are the same solutions as the larger secondary firms on the large end of the market.”

For all the GP-led market’s growth, there are potential hindrances. A marquee deal failing to close could chill the market, putting a pause on its expansion, and sponsors running processes on lower-quality assets or assets which are too young could also stymie growth, says Stone Point’s Costello.

Dushy Sivanithy, managing director and head of secondaries at CPP Investments, has similar concerns. He says that while both the quality of the GPs participating in the market as well as the attractiveness of the underlying companies are exciting developments, it is important that managers explore secondaries processes for the right reasons.

“One thing that concerns me is making sure there is sound logic for GPs to engage in a transaction,” says Sivanithy. “While the secondaries market has proved it has a robust appetite for deals, we will be wary to avoid situations where we don’t believe a GP has the right motives or alignment.”

Another concern market participants have is the extent to which buyout managers who raise capital to invest in GP-led deals will be accepted as LPs in their competitors’ funds if they invest in continuation vehicles. Buyout firm X backing a GP-led process involving Buyout firm Y would gain access and information to the latter’s data room and secret sauce, the theory goes.

Information barriers can go some way in addressing this problem [of one buyout GP investing in another buyout GP’s continuation fund], sources say, while others point out it’s not necessarily the end of the world having another GP as an LP in your fund and that co-GP relationships can potentially be symbiotic.

“Some GPs may be ok with the idea of another GP having a seat at their table if they can add value,” says Phil Tsai, global head of secondary advisory at UBS. “Working with a buyout shop that uses its specific industry knowledge to help a portfolio company may not necessarily be a bad thing.”

“As an industry, private equity is generally conditioned to sell its best performers as early as possible, realize a gain and provide liquidity to its investors,” Bachleda says. In cases where there is room for significant value creation past the initial holding period, the secondaries market and single-asset SPVs in particular can create a win for LPs, portfolio company management and the GP alike, he adds.

“The significant supply of capital and liquidity in the secondary market makes a GP-led secondary process a competitive and viable form of exit.”