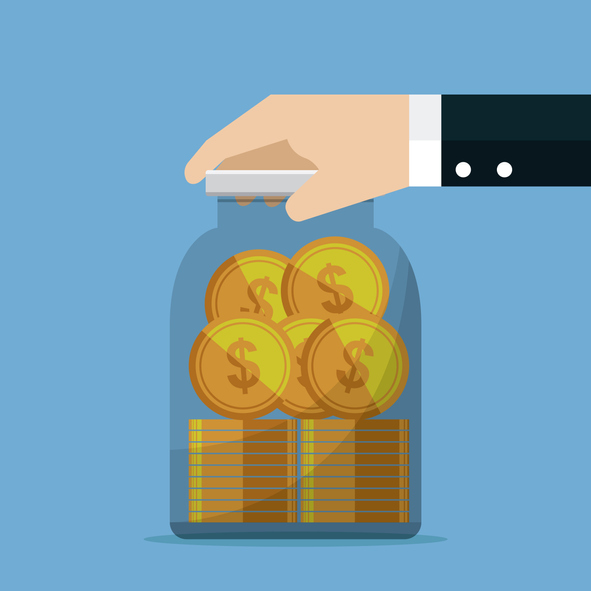 As an attorney, Dan Ball would be hired by investment advisors to advise them on legal and compliance issues. Then, one long-time client had an epiphany: why not bring Ball in-house?

He’s now general counsel/CCO at SPC Financial in Rockville, Maryland. “The regulatory landscape is changing so much” that the RIA’s owner thought it made sense to have “someone with a law background” in the CCO role, Ball tells sister title Regulatory Compliance Watch.

The hire has also saved the advisor money: Ball has not had to reach out to outside counsel since he took the job four years ago.

Scott Noah, the chief legal officer at Fieldpoint Private Securities in Greenwich, Connecticut, uses three outside counsel on occasion: one for banking, a second for IA issues and a third for employment law. His expectations: “Get to know our business, give me a practical answer and move on.”

Noah found outside counsel through recommendations from others, including in-house compliance officers who had left law firms.

“The mistake is hiring a securities lawyer who doesn’t have experience in the matter at hand,” says Ball. Ask prospective counsel questions. For example, have they ever handled an SEC compliance examination before? Or written investment advisory agreements?

An advisor’s CCO “should be part of the due diligence” before hiring outside counsel “because you really want to get somebody who specializes” in the topic at hand, says Aaron De Angelis, CCO at Spring Mountain Capital in New York. Hire a generalist and you will spend good money educating the person on advisory legal issues, he notes.

You know a lawyer’s time can cost you big. Phyllis Keller, CCO at KMH Wealth Management in Victoria, Texas, has seen charges rising to $600 an hour. She feels fortunate that her outside counsel comes in at $250 an hour.

One way to save money is to restrict hiring outside counsel “only for a legal issue,” says a New York-based CCO. Turn instead to a compliance consultant should you need assistance with compliance P&Ps, annual reviews and other non-legal work, she adds.

You may ask your compliance consultant when to call in outside counsel. Bart McDonald, executive vice-president of Renaissance Regulatory Services in Boca Raton, Florida, routinely advises clients when it’s time for a lawyer. “We may defer to counsel if they’re getting a little creative in what they want to do,” he says, especially if the assignment ventures into a murky legal area.

There are times, though, when an advisory firm may run to its outside counsel when a consultant would be more appropriate and cheaper, he adds. For example, when tossing out questions pertaining to filing a Form U4.

“Lawyers are wired differently from consultants,” notes Michelle Jacko. She runs both a law firm, as managing partner of the Jacko Law Group, and a consulting firm, as CEO of Core Compliance & Legal Services in San Diego. Attorneys are trained to look at the overall legal risk of a topic while consultants will examine the law and come up with compliance controls.

Wherever the counsel comes from, don’t be afraid to challenge something that doesn’t sit right. Noah says he will raise questions “if I don’t think their advice is on point or believe that there’s reason for reconsideration.”

One area you should feel free to question is bills. “You need to scrutinize the invoices. Make sure you thoroughly review what you’re being charged,” says a CCO at an Atlanta advisory firm. “It’s one of those industries that is not transparent … so it’s very susceptible to being … a little inflated.”

Do your own research on a given topic and then ask outside counsel for ‘validation’ via a quick phone call, says Tito Pombra, president of Core Compliance & Legal Services. “That will save you a lot of money.”

De Angelis supports this approach and advises that you sum your issue up in a few words when dealing with an outside lawyer. “If you keep it short and sweet, it helps you keep your bill lower,” he adds. You can also reverse the approach, says another CCO. He will hire counsel to research an issue and pass along enough information to allow him to make the final call.

Other ways to save include limiting the number of attorneys working on an issue.says Jacko. Hiring an associate rather than a partner can also reduce your bill, she adds.

While it may seem self-serving for an attorney to advise that you keep an ongoing relationship with your outside counsel, Marc Elovitz, a partner at Schulte Roth & Zabel in New York, argues this can save you money long term, as the counsel will know your firm thoroughly, its business model and its issues – saving time on future topics.

Get it in writing

Another consideration is whether to accept the counsel’s advice orally or in writing. The latter could pump up your eventual bill, but may be preferred. If the lawyer has been hired to review a document, “I don’t want their comments orally. I’d want them to write them down,” says Steven Felsenthal, general counsel/CCO at Millburn Ridgefield Corp in New York. One CCO occasionally insists outside counsel commit their views to paper, even if it substantially increases the bill. The exercise demonstrates that the lawyer will stand by their opinion. He adds: “You’d be surprised how often firms backed off the advice they were willing to give over the phone” when pressed for the guidance to be put in writing. The CCO wouldn’t shy away from telling the outside counsel: “I’m going to be held to some level of accountability on this, [so] you are going to be held to some level of accountability on this.”

If a lawyer’s advice seems off base, the CCO demands it be put in writing. He will alert the attorney that should their advice turn out to be incorrect, his firm will sue.

Avoid the urge to seek out the guidance you desire. Elovitz calls this “advice shopping, where CCOs go to different outside counsel with the same question to try to get advice that they like better.” While it may be smart to take a nuanced question to multiple attorneys, it’s unwise to continue because you’re not hearing the answer you want.

Ask for the plan

Ask your outside counsel “what’s the project plan?” recommends Jacko. Most assignments can qualify for one. “I give a project calendar, so we have a game plan in place” including “an estimated number of hours” likely to be charged, she says. This would include timelines, deliverables and the preferred communication methods.

A contract review and edit generally takes only two to three hours, she notes. It is unlikely an estimate can be generated for helping a firm with an SEC exam or an enforcement action.

Be sure to deal with the issue of attorney-client privilege from the outset, advises Elovitz. Also, establish the person of contact for the project on both ends – for the advisor and law firm.

As they gain experience, CCOs tend to depend less on outside counsel, Elovitz notes. “Once they get up to speed, they’re able to act more independently,” he says.