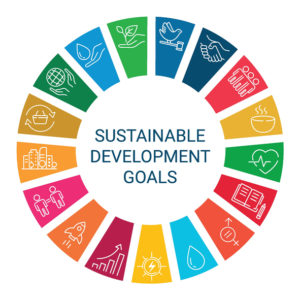 Bamboo Capital Partners – which at Davos in January announced it is partnering up with public entities for an investment platform, SDG500, aimed at furthering the United Nations’ Sustainable Development Goals – is growing quickly, recently adding a new head of operations.

Kim-Andrée Potvin joined just ahead of the firm announcing its new initiative. Bamboo has nearly $400 million in assets under management, with a portfolio of more than 40 companies in more than 30 developing countries, across finance, energy and healthcare. But planned fundraising for the new SDG500 funds — there are six in total — will bring the firm’s AUM closer to $900 million. SDG500 is a coalition between Bamboo and a number of other organizations, including public sector entities.

Potvin, who joined after the new initiative was conceived and designed, was appointed to the newly created role at Bamboo in January with the aim of allowing the firm to grow and scale up its operations.  In addition to leading coordination across Bamboo’s HR and IT systems, staff and offices, Potvin will also oversee administration of the firm’s funds.

We asked Potvin and founder and managing partner Jean-Philippe de Schrevel, for details about the firm’s impact reporting and operations.

Potvin says that while managing a tradition PE fund is broadly similar to running an impact fund, from an operations perspective, the devil is the (investor reporting) details.

“Fund administration is the same for a regular fund and an impact fund,” she says. “Operationally it doesn’t make any difference.” But, as many who are considering an entry into impact investing know, reporting key performance indicators (KPIs), both financial and social/environmental, adds a layer of complexity.

“When we set up investments, we identify with the companies the indicators we are going to use to measure our impact,” says Potvin. These indicators can take various forms, depending on the nature of the portfolio company in question. For example, the investor reporting on an investment in a renewable energy company might incorporate the number of people it was able to provide with electricity.

Bamboo’s impact measurement is managed by an ‘impact manager’, says de Schrevel. The firm is seeking external certifications for its impact performance from third parties like B Analytics’ Global Impact Investing Ratings System. Each of the six new funds in SGD500 has its own impact measurement framework, he adds.

The firm’s portfolio companies send Bamboo quarterly reports including a list of indicators defined jointly with them before Bamboo invests. “For each company, we establish an impact map and define key impact indicators to assess the company’s current and potential societal impact,” says Schrevel. “The social and/or environmental impact of our investments is evaluated with regards to the investee’s mission statement and its impact goals. The impact metrics that we use to measure, assess and report our impact are aligned with the Impact Reporting and Investing Standards (IRIS+) metrics developed by the GIIN [Global Impact Investing Network].”

What are those indicators? Among them, de Schrevel says, are the total number of beneficiaries or customers reached and their socioeconomic profile (for example, income level, gender and location). “Some are tracked across the portfolio, others are company specific. We combine a number of output and outcome indicators to make sure the organization is on the right track,” de Schrevel adds.

Funds on the SDG500 platform will be invested at Seed, Series A and Series B stages, with the aim of helping small companies in emerging markets bridge the gap between early and growth stage development. Portfolio companies will be active in agriculture, finance, energy, education and healthcare sectors across Africa, Asia, Latin America, and the Caribbean and Pacific regions.

Each fund is structured with a “catalytic” first-loss layer. Initial sponsors of those layers include the European Union, the African, Caribbean and Pacific Group of States, the governments of Luxembourg, Togo and Tunisia, CARE and the Alliance for a Green Revolution in Africa.

Each fund on the SDG500 platform was formed in partnership with a public sector or non-governmental organization. One, the ABC fund, has already made a disbursement, and de Schrevel says Bamboo expects to begin deploying debt and equity into businesses that are part of the investment pipeline of the other funds within the next months.