In 2017, the bronze “Fearless Girl” sculpture – featuring a four-foot-tall girl staring defiantly against the Charging Bull – was installed in New York. The statue was commissioned by the investment bank State Street Global Advisors as a marketing move to promote inclusivity and diversity on boards. But years later, little has changed.

Boards of directors, a rarefied number of people tasked to guide a company and its executives to growth and shareholder equity, have long been portrayed as a group of primarily white, older men gathered in a room, making secret decisions.

Companies, both public and private, still largely have boards mostly made up of white men, with women and underrepresented ethnicities lagging. A report from adviser Spencer Stuart shows women comprise only 30 percent of those sitting on boards for all S&P 500 companies, and only 21 percent are an ethnic minority.

It’s harder to get a complete picture for private companies. But research from The New York Times – citing numbers from the Board Diversity Action Alliance – shines some light on it. The newspaper notes that of the 843 public companies that the top 18 venture and private equity firms have invested in since 2000, only 49 out of about 4,700 board seats have been held by Black directors. 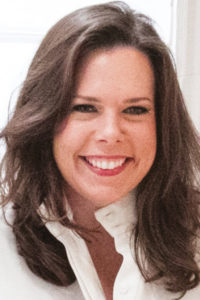 “Diversity at the board level is critical. Female venture capitalists are certainly a minority, even though funds with female partners have shown to increase outcomes”
Taryn Jones Laeben
Victress Capital

But as consumers demand businesses and their leadership to reflect the make-up of their customers, many in the venture community believe VC can lead the way.

“It’s incumbent upon us to be on boards and to bring in other women or people of color because, I’ll be honest, the qualifications [of so many people] out there are stellar,” Colucci says.

Boards have power over how a company grows, and they often can shape it in their image. Board members often chastise founders and chief executives for their outlandish behaviors and can even oust executives.

And while there is some progress, with more companies aiming to have at least one woman or a person of color on the board, it’s not enough.

Victress Capital operating partner Taryn Jones Laeben says each board member brings with them their own biases, so it is essential to have a broader base.

Laeben and Colucci say boards made up of people with diverse backgrounds can pinpoint potential problems with new products or platforms. Colucci, who invests in healthcare, sees other benefits, particularly when companies want to target specific communities. For example, boards that include women better understand how to scale up a start-up catering to women. 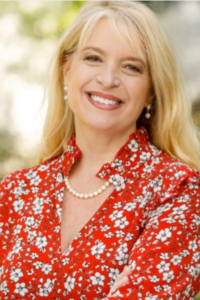 “It’s incumbent upon us to be on boards and to bring in other women or people of color because, I’ll be honest, the qualifications [of so many people] out there are stellar”
Michele Colucci
Digital Dx

Boards do not become diverse in a vacuum; they must be made so. Nominating committees, though, have limitations. Like VCs sourcing new deals, board search committees find barriers within their own networks. If a committee’s network is homogenous, it will yield homogenous candidates.

Fusion Fund founder and managing partner Lu Zhang says the lack of diversity within VCs and the propensity to add women to more operating positions affect how portfolio company boards are filled. Male partners who make investment decisions often wind up sitting on boards. Her solution is to bring in more investing partners who are neither white nor male.

Another reason for the lack of board diversity is a homogenous network. Even though venture firms have ­committed to diversity, underrepresented groups still don’t occupy board seats.

Lo Toney, founding managing partner of Plexo Capital, says creating a diverse board early in the life of a start-up is the best way to bring about a more representative public board.

Zhang says that in many cases when boards look to fill independent board seats, they will choose from a trusted social circle, which skews male. So, when asked to nominate diverse candidates, they reply that they know few who are qualified.

It is not as though venture firms are unaware of their impact on diversity on their boards. However, changing long-term practices takes time, and VCs are often slow in putting forward new systems for themselves.

Barry Lawson Williams, retired managing general partner of the investment and consulting company WPV, says he hasn’t seen much movement from VCs on the issue of board diversity. Williams, who mentors Toney, has actively promoted diversity within company directors.

“VCs understand that as they bring companies public, they need something beyond direct domain knowledge. They need a diversity of background,” Williams says. “But I haven’t seen broad evidence yet that despite their pronouncements, there’s been tremendous movement in this area.”

Williams and others affiliate title Venture Capital Journal spoke to believe many companies almost never open up to more candidates.

Of course, one other way to ­diversify boards is to hire diverse investing partners. VCs take on board seats in companies they believe in, and the more diverse a firm is, the more chances they can fill up a more representative board.

Toney says legislation from California and other states that mandate diversity quotas for public companies could push the needle.

California is one of the first states to mandate that companies diversify their boards. SB 826, signed in 2018, calls for companies with a five-person board to have at least two female directors by the end of 2021, and those with six or more seats are required to sit at least three women. However, the law faces legal challenges. But more than state mandates, VCs who want to make diversity their focus can make inclusion a key factor in deals with portfolio companies. Colucci, for instance, stipulates diverse board representation in term sheets.

“Recently, I said [on the term sheet to the company] that they have to have myself and one other woman or minority on the board,” she says. “The reaction from women was they didn’t know they could do that.”

She also makes sure she gets on nominating committees to ensure there is someone advocating for diverse candidates. Colucci points out that for female founders, having a woman on their board in the early stages allows them to garner support to remain the CEO as the company grows.

While VCs and their portfolios are putting together more diverse candidates, programs aiming to prepare underrepresented people to serve on boards have cropped up. Potential board candidates can begin figuring out how private and public boards work and start making the necessary connections to bolster their candidacy.

So, as VCs work on increasing ­diversity in their ranks, the makeup of boards should change, too. And the perception of boards as a room filled with white men will change along with it.

Then the Fearless Girl, a sculpture meant to shake up business and call for diversity, will have done its job.