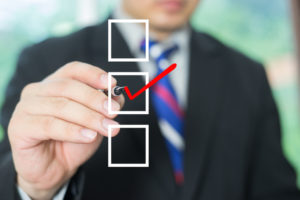 The Institutional Limited Partners Association is preparing proposals that would have GPs regularly disclose certain aspects of their subscription credit facility usage, with an eye to making it easier for LPs to measure exposure and manage liquidity, as well as to reducing LP requests for bespoke information.

ILPA is circulating the draft, reviewed by Private Funds CFO, and is seeking the input of private equity CFOs, LPs, academics and industry groups.While comments are due on May 8, ILPA says it plans to work with stakeholders who need more time to formulate their input.

While generally supportive of subscription lines of credit, the organization expressed concern about possible systemic risks that widespread use without certain disclosures may pose. Those risks are heightened in a downturn, some market participants said.

The fear is a lack of transparency combined with reportedly lower LP distributions and bigger, more frequent capital calls could lead LPs to experience a liquidity crunch. A recent publication from the Fund Finance Association refuted those concerns, saying that capital call volumes in the last quarter were in line with or even potentially significantly less than previous quarters. But an ILPA survey published shortly afterward indicated LPs experienced higher levels of capital calls, and other studies have suggested LPs are concerned about liquidity.

One person with knowledge of the matter suggested that the unnamed bank the FFA cited as representative of the market due to its large market share, in reality lends heavily to the largest managers, leaving out a significant portion of the rest of the PE fund market. Wells Fargo’s Jeff Johnston, who leads the bank’s SCF business, said in a recent podcast that while the dollar amount of capital calls last quarter was in line with historical levels, the number of calls had increased, which may account for some of the discrepancy.

“When we look at March, early April, the number of capital calls that have gone out is higher. The dollar volume is not materially different,” he said.

The lack of clear data has led to something of an argument about the state of the market and whether or not available information points to a worrying trend. Many, including the FFA, see the data as illustrating that liquidity is being managed well, and that it is too early to be concerned about potential systemic liquidity problems, especially in light of increased communications between GPs and LPs.

Nonetheless, ILPA says in its draft proposal that LPs’ net asset values don’t include their liability to subscription credit lines “due to the netting of assets and liabilities, which can lead to inaccuracies in understanding the exposure across each fund and the entire portfolio.

This incomplete view of fund-level credit exposure could lead to LPs pushing up against policy allocation limits, ILPA says.

“LPs have identified instances where overall private equity exposure can increase by as much as 2-4 percent when factoring in subscription lines. Lack of clear visualization into this exposure could result in the need to trim exposure to private equity through less than ideal secondary sales,” ILPA says.

It further notes that while SCFs can be beneficial, their use can result in cashflow management difficulties in a down cycle, as the distributions LPs typically use to fund capital calls decrease. “During times of market turmoil that lead to higher than anticipated capital calls or uncertainty surrounding upcoming volume of capital calls – such as the current environment with covid-19 – this issue is further exacerbated,” it notes.

The organization appears to see now as the right time to push for greater transparency for LPs on the use of SCFs; a step it says in the draft proposal that would help LPs manage their exposures and reduce the amount of bespoke data requests GPs get. The FFA was supportive of the ILPA’s 2017 guidance. Calls for comment to the ILPA and FFA were not immediately returned.

The ILPA proposals, still in draft form, are meant to be read in conjunction with ILPA’s June 2017 guidance on best practices for use of the facilities. There, the organization highlighted that the rapid increase in use of SCFs “brought forward questions about cumulative institutional liquidity risk,” among other potential concerns. “In the unlikely event of a market event triggering the simultaneous calling of capital across multiple lines at once, liquidity pressures could impede an individual LPs’ ability to meet accumulated larger calls as these lines mature,” ILPA’s 2017 guidance says. “Due to the unevenness of disclosures, many LPs are not fully aware of their cumulative exposure through these facilities.”

Some of the recommendations were included in the original 2017 guidelines. The draft proposals would have GPs publish, on a quarterly basis beginning the quarter ending June 30, the total size and balance of the facility, LPs’ and GPs’ unfunded commitment financed by the SCF in dollar amount and as a percentage of the total, the average number of days each drawdown is outstanding and the net internal rate of return with and without use of the SCF. On the latter, ILPA is considering making that an annual, rather that quarterly, metric. It isn’t yet clear whether ILPA would recommend these are disclosed in the Partners’ Capital Account Statement or in the supplemental disclosure. ILPA also recommends a schedule of cashflows alongside the PCAP and schedule of investments.

On an annual basis, ILPA may recommend a host of disclosures that include the above, all of which the group wants included in coming June 30 reports. ILPA is still considering changes on some of the recommendations, to ensure LPs have sufficient useful information.

These are the terms they are considering recommending for annual reporting supplements and this year’s June 30 reports. Some of the recommendations are still being discussed and clarified.

ILPA also recommends giving LPs more notice on capital calls in certain situations, like when a single call is “above a specified percent of the total unfunded commitment”, and an estimate or estimated range of the amount of capital to be called, “with appropriate caveats regarding how amounts may move.” These terms are also still being discussed and potentially clarified or expanded.

The draft also outlines how LPs can use the quarterly data they already receive to get a “sense” of their SCF liability.