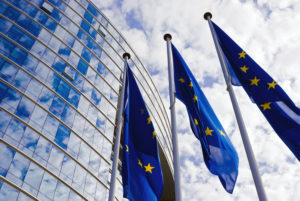 A busy year is in store for Europe’s private equity firms and regulators against a backdrop of political uncertainty and a slowdown in economic growth.

A total of $61 billion was raised by Europe-focused PE firms last year, a slight drop from the previous year’s $66 billion, according to PEI data. European companies saw buyout and related deal values of €41.6 billion in H1 2019, down 19 percent from the same period the previous year – still the third strongest first half in the previous decade, according to data from Refinitiv.

As one co-head of private equity at a European investment firm told sister publication Private Equity International, 2020 will be a robust year for PE in Europe, with a strong pipeline of transactions and multi-billion dollar deals including carve-outs and public-to-private deals expected to take place.

Here are four important themes that will underpin private equity legislation in Europe in 2020.

The future of ESG reporting

LPs and GPs in recent years have sought to align their investment strategies with sustainability concerns and the growing demand for impactful investments. A big focus of the coming year will be on environmental, social and governance reporting and the quality of data.

“A lot of LPs themselves are becoming subject to ESG considerations and reporting requirements, from climate change-related disclosures through to the EU Shareholder Rights Directive, which is very focused on long-term and sustainable ownership,” said Owen Lysak, a London-based partner with law firm Clifford Chance. Such pressures are beginning to affect LPs and what they require of their managers, Lysak added.

In addition, the EU’s Regulation on Investor Disclosure will require European investors such as banks, pension funds and insurers to disclose how they integrate ESG risks in their investment decision-making and advisory process. Asset managers and institutional investors offering products or services marketed as sustainable will have to disclose how they achieve their sustainability targets.

“Managers do worry now that if they are not getting the right quality of data or if the data has any gaps, they end up breaching requirements to LPs, or mis-sell a product,” Lysak said.

For GPs, having different frameworks to report against and ensuring the quality of data for reporting against such frameworks will be challenging, he added.

Measures that aim to boost employee ownership will be a key feature in the dialogue between legislators, private equity firms and industry associations.

France’s Plan d’Action pour la Croissance et la Transformation des Entreprises (PACTE) or Plan for Business Growth and Transformation law, is one example. Measures that took effect under PACTE on 1 October include mandatory profit-sharing plans for companies with 50 or more employees over a five-year period.

Saam Golshani, a Paris-based partner at law firm White and Case, noted that access to equity for all employees and ensuring that both the management and the funds management company continue to benefit from capital gains treatment from tax authorities will be a key trend in Europe PE legislation this year.

“The PE industry is still fighting to get the right instrument to make sure that the portion of share capital or equity incentive that employees receive is not treated as salary, meaning there would be no social charge paid on it and would be treated as an equity investment,” Golshani said. At the same time, PE firms also need to educate employees of its portfolio companies about the risks and rewards of being a shareholder, he added.

Ongoing consultation and lobbying in Europe will only deepen the conversation on private equity’s role in society and what it means to be a good, long-term investor.

“Most PE firms in the UK are now familiar with the risks that Brexit entails (including the tax consequences) and are as prepared as it is possible to be, but 2020 will see them looking at their longer-term plans once again,” law firm Debevoise & Plimpton’s noted in its latest European Funds Comment.

In the regulatory sphere, the focus has been on any restriction that Brexit will impose on a UK firm’s ability to approach EU investors during fundraising. Working on fund structures that are not domiciled in the UK will continue throughout the year, the law firm noted.

“Understandably, UK private equity fundraising and investing has been more challenging of late, as investors have struggled with the prospect of government and Brexit uncertainty,” Merrick McKay, head of Europe private equity at Aberdeen Standard Investments, told PEI.

While there is now some clarity as to how the UK will attempt to develop its relationship with the EU and new trading partners, it remains to be seen which industries and sectors will be net winners and losers in the medium to long term, he added.

More support for start-ups and innovation

Europe’s start-up ecosystem is booming, with government-backed entities and private capital backing venture capital firms as well as fintech, deep tech and mobility-focused companies in the region. Start-ups in Europe raised $34.3 billion from venture capital since the start of 2019, almost $10 billion more than the previous year’s total, according to a November report from Atomico.

That number is expected to increase in the next two years – the EU is set to launch a €3.5 billion fund in 2021, which will provide equity and funding for early-stage companies. Similarly, Horizon Europe, the EU’s €100 billion research and innovation program, expects to fund innovation-led growth in themes such as climate change, clean energy, plastics, cybersecurity and the digital economy.