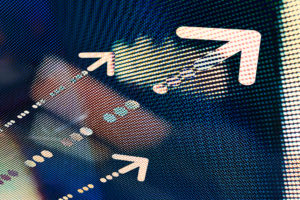 KKR is preparing for a push to tap the retail investor market, executives said on an earnings call on Friday.

More than 20 percent of new capital raised in 2019 was from high-net-worth and ultra-high-net-worth individuals, said Craig Larson, managing director of investor relations. “It’s a significant number and I think as we think about the opportunities in this channel, we do think our brand is something that is very impactful for us, it’s a great asset,” he said.

Most of the firm’s offered structures can only be sold to “qualified purchasers”, he said – essentially people and institutions with more than $5 million in investments. But a proposal from the Securities and Exchange Commission could expand the definition of “accredited investor” to include investors previously excluded from private markets, including retail money. “Looking forward we have several initiatives for retail, HNW and development that would focus on this space and so I think the proposed amendment if its adopted, would expand that pool of investors,” he added.

Co-president and co-chief operating officer Scott Nuttall added that the firm is staffing up in preparation for the potential entry of new pools of investors into private markets. “We’re going to be introducing multiple products into the retail space, and we’re hiring more people so we’re staffing up to do even more in retail over the next several years,” he said. “Over time, that 20 percent [of last year’s capital raised], I think is just going to keep going up.”

The firm’s retail and high-net-worth investors has gone from roughly $9 billion of its AUM in 2015 to $37 billion, today, Larson said. “While those numbers and dollar values are significant, it still feels like we’re just getting started.”

The SEC’s proposed amendments to the accredited investor definition would significantly expand the pool of investors in private equity. Earlier in January, the SEC hosted its first Asset Management Advisory Committee meeting, in which representatives from Blackstone and Apollo said they embraced the idea of retail money coming into the sector, as long as it’s “done right.”

Larson echoed that sentiment. “We’re encouraged by the SEC’s efforts to expand that definition and standard,” he said.