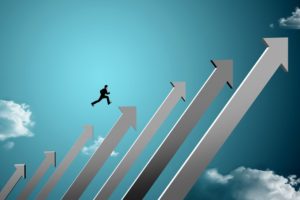 The Continuation Fund, the KKR spin-out’s first-ever such vehicle, closed $1.1 billion of capital that will be used to support the continued growth of four remaining assets in the 2012-vintage Kohlberg Investors VII, which the firm sees as platform investments. This was the firm’s first-ever GP-led transaction, according to a spokesperson.

Kohlberg offered Fund VII LPs the opportunity to exercise a full liquidity option, a status-quo rollover option at existing terms or an option to re-invest to participate in the new capital commitments of the Continuation Vehicle under the new terms, according to the spokesperson.

The transaction was co-led by BlackRock, GIC and Lexington Partners, which have agreed to contribute their pro-rata share of additional capital to support and enhance the value creation initiatives of the remaining assets, according to the release.

Fund VII initially closed $1.6 billion in capital commitments, according to affiliate title Secondaries Investor data, and was generating a 16.85 percent internal rate of return as of 30 March 2020, according to performance information from Santa Barbara County Employees’ Retirement System.

News of the transaction was first reported in February by affiliate title Buyouts.

GP-led deals, of which continuation funds are a prominent type, have taken precedence over other secondaries deal types during covid. Total market volume in 2020 was estimated at around $60 billion, versus a record high $80 billion the year prior, with GP-led deals comprising 53 percent, according to Evercore’s 2020 full-year volume report.

These transactions will have to contend with the LP side of the market, which is poised to return in 2021. LP stake deals represented 45 percent of planned deployment for the back half of the year, while GP-leds constituted 43 percent, according to M2O’s latest survey. Capital raised in 2021 for LP stake transactions (55 percent) edged out GP-leds (33 percent).

Secondaries could split into a two-speed market, according to Cebile Capital founder and head Sunaina Sinha, with GP-led transactions able to stand on their own with robust volume, and LP stake sales on the other side. The two types of transactions have different duration and risk, and it makes sense to treat them in their own right, Sinha told Secondaries Investor.

Lazard and Ropes & Gray advised Kohlberg & Co on the deal.