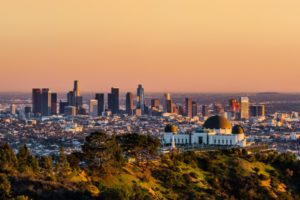 Board member Wayne Moore took issue with a line from a staff-prepared presentation which referred to “the higher risk (investment and operational) associated with emerging managers”, in regards to the fund’s fixed-income program.

“It paints a picture for the public and board that emerging managers are incontrovertibly risky,” Moore, a former member of the investment board, said at a board meeting. “The board must end this deleterious characterisation of emerging and minority managers. Speculation, stereotyping, implicit and explicit bias cannot substitute for facts.”

In an email to sister publication Buyouts, he said his criticism extended to the private equity emerging manager program.

“My criticism is that it is a nuanced, analytical outcome that is simplified by characterising emerging and by inference minority managers as ‘risky’,” Moore wrote. “The data suggests that similarly situated small firms whether minority-owned or not are not more risky than their white-owned peer firms.”

“I think we take a very balanced, pragmatic and dispassionate approach,” he said.

During his public comment, Moore also suggested the $63.8 billion pension provide more information on which firms were receiving allocations, saying it would be “valuable and actionable.”

He suggested providing a list of all the firms in the pension’s emerging manager program, which is overseen by JPMorgan Private Equity Group, part of JPMorgan Asset Management.

Additionally, Moore requested to know how the firms have been classified as diverse based on Equal Employment Opportunity Commission guidelines, the specific amount they have been allocated and how much is being paid them in fees.

Moore previously said his “litmus test” for whether or not a firm was diverse was the presence of African-Americans on staff, due to the long history of oppression experienced by that community.

African-Americans and Hispanic people make up a sizeable portion of the pension beneficiary community, and so should be equally represented within firms investing to secure their retirement, he said.

“Diversity without inclusion is simply not acceptable with public tax money,” Moore wrote.

Overall, 98 percent of the commitments in the emerging manager programme were to diverse teams, which can include non-investment staff at a private equity firm, and 67 percent were to diverse investment teams, where the investors themselves are diverse, according to the presentation on the program, which was formed in 1995 and run by JPMorgan since 2009.

As of September 30, 2020, its internal rate of return was 21 percent and its multiple of invested capital 1.7x. Moreover, 57 percent of its investments are in the top two quartiles for their respective vintage years.

When asked by Kelly why there was not an “LGBTQ prism,” JP Morgan’s Laureen Costa said it was hard to collect data on that so far because firms had to willingly identify as such.

“We are doing our best to expand how we are measuring and the data that we are collecting,” she said.