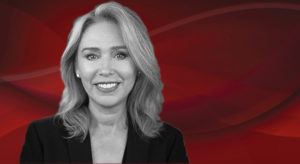 Lee appeared remotely as part of a panel discussion on emerging regulatory trends at NASAA’s annual fall conference September 19. Asked what her top regulatory priorities were, she said ESG disclosures. A close second, though, was overhauling the disclosure regime for private funds, registered and exempt.

“It’s a growing market,” she said, “and we need more visibility in it.”

Reg D reform has been a cherished cause of state regulators for the better part of a decade. Commission chairman Gary Gensler has put Reg D on the top of his to-do list. State regulators think their moment may have arrived.

In the states’ brief, exempt reporting advisers can set up their tents, bilk retail investors and skip town before anyone has any idea that trouble is brewing.

A few months after Gensler announced his regulatory flexibility agenda, states were doubly cheered when the chairman appointed Consumer Federation of American veteran Barbara Roper as his senior adviser. Roper was a vocal critic of then-chairman Jay Clayton’s “harmonization” efforts, calling them “the most radical agenda to expand the private markets that we’ve seen”.

Some have predicted that Gensler will, at a minimum, tweak the definition of “shareholder of record” under section 12(g) of Reg D. That could push countless companies out of the exempt industry because if each individual investor counts as a shareholder of record, it’ll push funds toward public company disclosure rules.

Regulators in Chicago, though, said they’d like the commission to require funds to disclose their beneficial owners, and file relationship summaries like those accompanying Form ADV. According to the SEC’s own data, there are nearly 174,000 exempt funds, scattered among some 4,600 fund advisers.

Whether or not ordinary investors notice beneficial ownership – some critics argue that people treat adviser disclosures the way they treat the terms of service on their smart phone apps – regulators and prosecutors certainly will pay attention, advocates say.

Asked about the kind of information she’d like to see on an expanded Form D, Lee renewed her calls to revive a 2013 rulemaking that would, among other things, require firms to include their website, to file closing amendments and to identify their “control person(s)”. Industry largely opposed those proposed rules at the time.