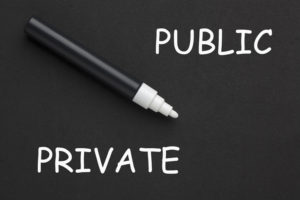 Atul Varma, the new CFO at Hamilton Lane, took some time out to introduce himself to the private markets. This is his first stint in this world, having come from BNY Mellon’s Wealth Management business. Says Varma: “One of my early goals is to make sure that our financial policies are rock solid and that the decisions we make are backed by unparalleled data and analytics.”

Again it’s a senior banker (or bank employee, technically) moving to private markets. I know, two doesn’t make a trend, but I’ll ask again: any other notable instances of this?

On that note, I’m ringing firms to ask about their CFO-related succession plans – whether you’re at a PE firm and you’ve already got it figured out, or you’re a consultant who helps firms deal with this, I’d love it if you got in touch. I’m still pretty new to this market, so if you’ve made a move you want people to know about, and I’ve missed it, let me know.

On transparency: Back to Hamilton Lane, which recently promoted Richard Hope to head up EMEA. He told sister title PEI’s Adam Le about how the industry needs to be more transparent if it wants to defend its place in the economy against increasingly vocal critics. Sister publication Buyouts published a column to that effect as well last week. Justin Mitchell argues it’s on both GPs and LPs to push forward on transparency.

Plenty of people are worried that the “private” part of private equity is increasingly at risk. Realistically, I think it’s something that they will just have to come to terms with – it doesn’t mean having to give away “trade secrets”, as Justin points out. But the trend is clear. Public markets are shrinking, private growing – which almost necessarily means there will be a push to turn private markets into something more like public markets: at a minimum for the perceived potential of being blind-sided by a hitherto underappreciated systemic risk.

Also: if the trend continues, and public markets become true second-fiddle, retail will – whether the SEC gets its way this time around or not – eventually be allowed some form of access. I can’t see how it could be any different, both politically and from a long-term economic standpoint. Finally: this all feeds into the fact that, while banks are still kind of wearing their hair shirts, PE firms have more or less replaced them. So, get ready for scrutiny.

Importantly – while it may be relatively easy to convince most politicians that private equity is a net-good to the economy – the public distrust of politicians is also historically high, right now (NB, the American Investment Council worked its butt off to get those results at the House Financial Services Committee hearing in November, showering individual Democratic representatives with relevant information and industry arguments. It paid off, hugely). And, if the public (and politicians like Alexandria Ocasio-Cortez) perceive that the politicians they don’t trust are being lobbied behind closed doors by an industry they despise (probably largely because they know so little about it), the resentment can only be contained by traditional means of political influence for so long.

So the industry’s choice, it seems to me (and, again, I’m new here), is something along the lines of: move to make the appropriate disclosures now, before someone else forces you to make the inappropriate ones, or worse, moves to make your business unviable.