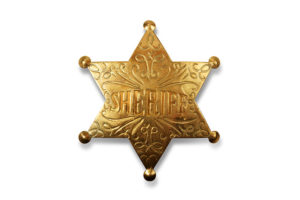 On July 30, the Committee on Foreign Investment in the United States issued its annual report for the 2019 fiscal year, detailing a more institutionalized CFIUS, lawyers say.

Although some of the biggest regulatory overhauls came with the enactment of CFIUS’s Foreign Investment Risk Review Modernization Act of 2018 (FIRRMA) earlier this year, the 2019 Annual Report outlines a highly-charged CFIUS with increased budget and resources, and a stronger emphasis on enforcement.

“CFIUS is working faster, it’s working with more resources and frankly more streamlined internal processes, and I think the publication of the report is evidence of that,” said Mario Mancuso, partner at Kirkland and Ellis and head of the firm’s International Trade and National Security practice. “Everyone knows CFIUS as a regulator, but I think the next wave is CFIUS as an enforcement agent.”

CFIUS’s 2019 report to Congress comes ‘early’ this year, considering 2018’s report came out in May of this year – a feat for the committee, whose year-end report is usually issued late in the following year, and proof CFIUS is hitting its institutional stride, said Mancuso.

The apparently new and improved CFIUS emerges after years of increasing concern about the growth of Chinese investment in the US, said Judith Alison Lee, partner and co-chair of the international trade group at Gibson Dunn & Crutcher.

“CFIUS is responding to congressional criticism in the past about not following up on non-notified transactions, as well as criticism about transactions that do go through the committee process, result in clearance, but clearance that is conditioned on a mitigation agreement, and there’s been a lot of criticism that that service hasn’t really followed up,” Lee says.

CFIUS has established a new office this year whose sole focus is to target companies that CFIUS thinks should have notified the committee of transactions but never did.

“CFIUS is definitely taking the opportunity of increased resources and budget to reach out to a range of companies and institutional investors about particular investments that were not notified to them,” said Ama Adams, partner at Ropes & Gray.

And CFIUS’s report shows it is getting results from its new, more proactive stance.

“The report shows that investors in US businesses are generally not willing to take the risk and would prefer to get clearance for transactions on the record, rather than leave the door open for CFIUS to come knocking after a transaction has closed,” Adams said.

“In the 2019 report, there were two mitigation measures that had never been identified in previous reports,” said Mancuso.

First, the report imposed a condition that CFIUS had to be notified in advance of any increase or change in the ownership rights of the foreign buyer. Second, as a condition for approval, CFIUS required companies to only use authorized vendors to supply certain products and services.

“That’s new and interesting and underscores one theme of CFIUS, which is a focus on supply chain, security and resilience,” said Mancuso.

CFIUS also issued its first ever penalty against a party for not complying with a mitigation agreement, Lee said.

But CFIUS’s expanded role and increased focus on enforcement doesn’t mean that the regime itself is becoming more strict, or capturing more kinds of transactions.

“There’s a lot of noise about CFIUS and its increased jurisdiction, and perhaps increased aggressiveness on the enforcement side, but the report continues to show that it does clear the majority of transactions that come before it, which I think is a positive of the report,” Adams said.