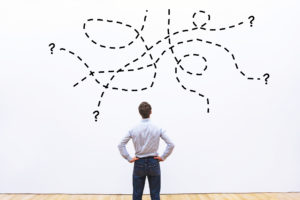 “Deal partners were the kids who traded baseball cards. Operating partners ran the lemonade stand.” And let’s be clear, lemonade is having its moment.

LPs and management are wise to the importance of operational capabilities in adding value beyond sourcing and traditional deal-structuring techniques. Value creation has been given greater prioritization by investors who believe they have ridden the market roller coaster close to the peak of its ascent and are awaiting its inevitable downturn.

While the value of an operations group is universally understood, its firm-to-firm implementation is anything but. This could be because the role of the operating partner is still in its relative infancy, but the truth is that the private equity industry doesn’t yet have agreement on who an operating partner is, nor what he or she does.

Of course, the devil, when not in the details, can be found between the ellipses.

Nearly a decade into its existence, defining the role of operating partner remains tricky, particularly because so many firms see it as meaning vastly different things: in-house consultant, CEO of portfolio companies, or peer of the deal team sourcing the next transaction.

But most firms employ some sort of hybrid model, and even they vary wildly in their composition and reliance on staffed generalists (who deep dive into specific portfolio companies), functional experts (human capital, strategy, pricing and marketing executives who work across the portfolio) and sector specialists (who have fallen into recent favor, particularly with the growing intersection between tech and PE).

Involving operation partners in deal due diligence gives you a running start, but operating partner time spent on the deal is time taken away from something else. But the early involvement of a functional human capital partner who can assess the management of the team, or a sector-specific specialist who can provide industry context and inform valuation is where early operational investments can yield real returns.

That said, the real operational heavy lifting will come post close. The specter of Vista has caused some to speculate that the evolution of the post-close operations team will lean toward a more prescriptive playbook-style approach.

Some firms believe that operating partners must have a board seat and have it as an indoctrinated part of institutional operations strategy. That argument can be matched by an equally emphatic argument to the contrary.

On the affirmative side are those that believe operating partners must be intimately familiar with portfolio company operations to effectively serve as a communications conduit. Some firms see its symbolic benefits as well.

For that reason, some firms insist that operating partners do not take board seats, arguing that the advising relationship is better than the reporting relationship, particularly when it involves more sensitive discussions over compensation structure and talent evaluation.

And, of course, there are also the firms that fall somewhere in between, varying their operational approach to the board per investment.

4. Part of a push-pull dynamic (that… creates compensation tension)

The lemonade sellers are here to stay. LPs now view financial engineering levers and transaction skills as commodities; skills that are, alone, no longer viewed as sufficient to generate consistent, targeted returns on investments. So, the kids who built the lemonade stand are the ones LPs are looking to in order to drive value.

But economics are more in play, and in doubt, than ever before. In 2014, Andrew Bowden, director of the Securities and Exchange Commission’s Office of Compliance Inspections and Examinations, gave his now infamous ‘Spreading Sunshine in Private Equity’ speech. Bowden argued that although operating partners generally work exclusively for the fund manager, have offices at the private equity firm and appear as full members of the team, they are often not paid by the firm itself. Instead, their compensation is expensed either to the fund or the portfolio companies they advise. For the SEC, this is fundamentally a disclosure issue. For the private equity firms, it’s a window into the real value placed on operations.

Firms have typically dealt with this push-pull dynamic by varying operating partner compensation according to firm structure. Where there are operating partners that are leveraged across the portfolio, they are paid for from the GP management fee, get base, bonus and participate in the carry pool. (Again, these full time, on-staff partners are now decidedly fewer in number than in years past).

But the money conversation here isn’t just about the cash going out. The role the operating partner plays with cash coming in is also worthy of discussion. The operational value creation plan discussion in fundraising is no longer an outlier, it’s the standard.

Private equity stakeholders, on all sides of the industry, have drunk the operational lemonade. But the questions surrounding how to best to serve it have only begun to be asked. 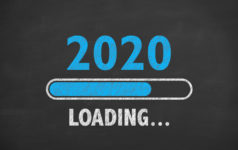 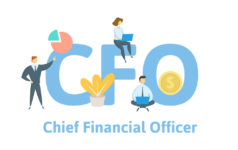 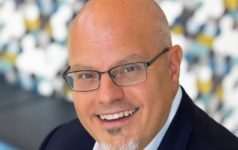