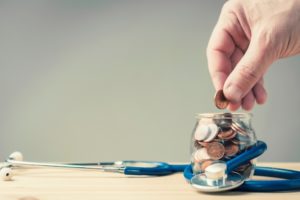 Recycling clauses: One of the reasons it is said some LPs are concerned about liquidity (specifically by the lawyer I cited in my article about two European LPs defaulting, weeks ago) is that GPs are making more use of recycling clauses, which allow them to take money that would have been distributed to investors and instead use it to make investments.

But it also might be preferable to alternatives – it’s non-dilutive and it’s cheaper than taking out finance at the fund level or investment from private credit. My Buyouts colleague Chris Witkowsky reports that some GPs who don’t already have these clauses in their LPAs are trying to get amendments to change that in order to support struggling portfolio companies. The report cites a PEI Media study that showed a majority of North American fund managers have clauses allowing them to recycle proceeds into new investments, but not necessarily into existing ones, and that’s where these amendments are reportedly focusing.

My guess is that these GPs largely have recycling clauses that can only be used during their investment periods. But there are recycling clauses that do already allow for reinvestment into existing assets, sources have told me. In fact in some cases, that’s all they’re allowed to use the money for, if the fund is out of its investment period. Usually there’s a limit on the time between when you’ve returned the capital to investors and when you recall it for recycling.

Chris explores a lot of angles, here, including the various possible approaches GPs may take, alternatives and thoughts from LPs – definitely worth a read.

Valuation liability: Bill Myers has the skinny on the SEC’s proposal to allow fund boards to delegate fund valuations to the firm investment advisor. The proposal is seen by some as a step in the right direction, as the existing statute holds boards responsible and liable for fund valuations.