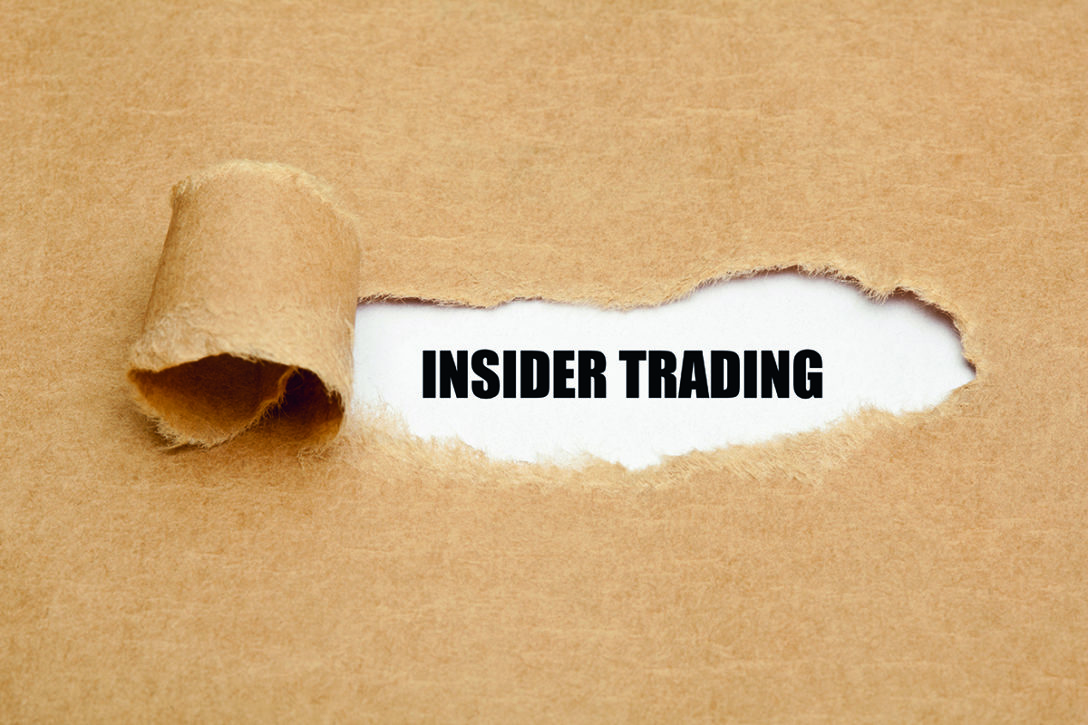 Whatever else happens to him, Matthew Panuwat will go down in history as the first ever defendant in a ‘shadow trading’ case. The Securities and Exchange Commission says Panuwat, then the head of development at mid-sized oncology company Medivation invested in one of its competitors days before Medivation announced it was being acquired by drug titan Pfizer.

The Commission’s case hangs entirely on Medivation’s policies and procedures. They forbade executives such as Panuwat from trading not only Medivation stock but also shares “of another publicly traded company.” Panuwat knew that Medivation’s sale would make rival firm Incyte the next likely target of what was then a bonanza in cancer-treatment company acquisitions, and he illegally profited from that knowledge, the SEC claims. 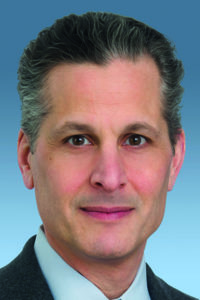 “It’s an unproven legal theory so far, but shadow trading expands the risk of MNPI well beyond two sides in a deal”
Philip Moustakis
Seward & Kissel

The case ought to send fund advisers scurrying back to their compliance manuals and pouring through outside agreements past, present and future to make sure they’re not inviting similar enforcement actions, experts say.

“This case is a big a deal because the SEC is either stretching the bounds of insider trading law as we know it or is trying to establish a new theory of insider trading,” says Kurt Wolfe, counsel to Quinn Emanuel. “In-house compliance and legal teams should take note. The SEC is only able to bring these charges because they can point to a purported duty that exists under one company’s broad policy.”

Last year, the Commission issued its first-ever risk alert for private fund advisers. Among its findings: firms had to do a better job not just of preventing insider trading, but also of managing risks against material, non-public information seeping out. If the Panuwat case is prologue, those risks just got wider.

“It shows that the SEC means to construe its enforcement powers broadly,” says Philip Moustakis, partner in Seward & Kissel’s New York office. “It’s an unproven legal theory so far, but shadow trading expands the risk of MNPI well beyond two sides in a deal.”

Among other things, shadow trading enforcement may make funds hostage to the kind of outside agreements they routinely sign, Moustakis says. 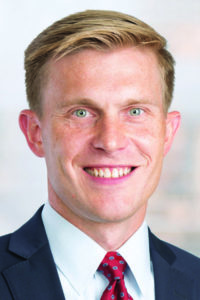 “It may create a duty wider in scope than refraining from transacting in the securities of the counterparty issuer,” he says. “Managers should assess whether their business or any of their strategies involve the receipt of nonpublic information through confidentiality or non-disclosure agreements, by serving on boards, participating in creditors’ committees, or otherwise that may be deemed material not just for the relevant issuer but any
economically-linked companies, public or private.”

Medivation had been the subject of a ferocious bidding war in 2016. On August 22 that year, the company announced that Pfizer had won the war with a $14 billion offer. The SEC claims that Panuwat had learned about the pending announcement four days earlier, when then-Medivation CEO David Hung sent an email around saying that Pfizer had “expressed overwhelming interest.”

Within minutes of getting that email, regulators claim, Panuwat logged onto his personal brokerage account and bought 578 call options in Incyte. Panuwat knew that once the Pfizer news broke, Incyte would be the next enticing target for a buyout. When Medivation announced the Pfizer deal on August 22, 2016, the price of shares in Incyte and several other mid-cap pharma companies spiked, regulators claim.

The phrase ‘shadow trading’only entered the regulatory lexicon last year, when a trio of academics claimed to have found “robust” correlations between a publicly traded companies’ news releases and advanced trading in “linked” firms, such as competitors or affiliates.

In a paper published in the September, 2020 edition of the journal The Accounting Review, University of Michigan economics professor Mihir Mehta, National University of Singapore accounting professor David Reeb and Renmin University of China finance professor Wanli Zhao looked at thousands of publicly traded companies’ announcements for earnings, mergers or acquisitions or new products. They then looked back at “informed trading” in advance of those announcements.

For every point above standard deviation in a source firm’s news announcement – in other words, the better a companies’ news turned out to be – there was an increase of between 6.4 percent and 19.2 percent in informed trading in linked firms ahead of those announcements, the researchers found.

It was the first time anyone had put hard data behind the old populist suspicion that Wall Street was all a big club, and ordinary folk weren’t in it.

“If the SEC’s mission is to make sure the markets are fair, people who have inside information that isn’t just based on their general knowledge are going to profit by it, and that’s an inequity,” lead author Mehta says in an interview. “This has been going on for a long time. And it’s profitable.”

Indeed, Mehta and his colleagues found that a single shadow trade reaped between $139,400 to $678,000, on average. Half of the defendants in ‘traditional’ insider trading cases made less than $60,000 over the life of their schemes.

The team’s findings got attention where it mattered. Before bringing their case against former Medivation executive Matthew Panuwat, SEC regulators contacted the researchers to discuss their findings, Mehta says.

“This is exactly what we were trying to draw attention to with our study,” Mehta says of the Panuwat case. “Using this private information to profit on deals in a related company, or even the broader industry.”

Mehta acknowledges the Commission is out on a limb here – shadow trading hasn’t been tested in courts yet. But he’s hopeful that regulators “and Congress might start paying more attention to this” regardless of the case’s outcome.

For firms that are worried about the expanding universe of insider trading enforcement, the answer is straightforward, Mehta says. Companies should use their internal policies to clamp down on leaks.

“We find that with firms that expressly say in their manuals that you can’t trade in us or a competitor, you see much less of this behavior,” he says.

None of those facts add up to insider trading on their own. But when he took the job at Medivation, Panuwat had signed the company’s insider trading policies. Those policies were written broadly. Panuwat fell into the gap, regulators claim.

As most companies’ P&Ps do, Medivation’s P&P warned him he would likely come upon MNPI in his job. Medivation took it a step further, though. “Because of your access to this information,” the P&Ps state, “you may be in a position to profit financially by buying or selling or in some other way dealing in the Company’s securities… or the securities of another publicly traded company, including all significant collaborators, customers, partners, suppliers, or competitors of the Company.”

Such behavior, Medivation’s P&Ps warned, was “illegal.” Those lines, regulators say, imposed a duty on Panuwat not to trade in Incyte or any other competitor after learning about Medivation’s sale.

Efforts to reach Panuwat’s attorney, Anthony Pacheco of Vedder Price, have been unsuccessful.

We talked to experts about how firms can cut down on their risk of SEC deficiencies or enforcement cases stemming from material, non-public information problems. Here are some tips.

Tip one: Be specific

Review your firm’s MNPI policies and procedures. Look for broad phrases or words and whittle them down. Mihir Mehta, the University of Michigan economist who wrote the paper buttressing the SEC’s first-ever shadow trading case, says there are three approaches here:

– Write a list of “stakeholder” companies that no one from your firm can trade in.

Consider the ways in which your firm’s business model puts you in contact with potentially inside information, says Philip Moustakis, partner at Seward & Kissel’s New York office. Take a hard look at the agreements your firm or its employees sign as they sit on corporate boards, creditor committees or even kick the tires on potential portfolio companies. Make sure the language isn’t too broad about MNPI. Review past deals or agreements, too.

Data pours into private funds from every direction, all the time. It’s important for compliance departments to put taps and monitors on the flow, says Kurt Wolfe, counsel to Quinn Emanuel.

“Firms get information through all sorts of channels – news reports, satellites, algorithms, you name it,” Wolfe says. “You want to be careful that your insider trading P&Ps are appropriately calibrated.”

If, for instance, your firm’s MNPI policies warn about idea lunches, ask yourself how you can monitor that? Can you train your staff up on it? Can you enforce them meaningfully? “Your ability to train, monitor and enforce the policies should align with any conduct they capture,” Wolfe says.

Your review doesn’t have to be negative, says John Anderson, a former Wilmer, Hale attorney, now a professor at Mississippi College’s law school.

Firms could theoretically craft policies that allow staff to trade in linked companies as “a reward for innovation or entrepreneurship,” Anderson suggests. In any case, stress that employees should check in with compliance before they execute any trades that might run afoul of your firm’s P&Ps. “Creating a safe space for trading in other companies’ shares doesn’t have to be a reward or form of compensation (though it could be),” he says. “It could just be a prudent way to add a layer of protection for employees and the firm against unwittingly getting caught up in an insider trading investigation under this novel theory.”