At the BVCA Summit in London last week, Amanda Tonsgaard, the head of investor services at Triton, emphasised there is a need for transparency from GPs.

She described subscription credit lines as “here to stay”, but added “I’m sure the investor would like to know what I would have done if I hadn’t borrowed the money.” Tonsgaard argued GPs should let LPs know how subscription lines are affecting returns, and who the lender is. Triton discloses two IRR figures to LPs: one including the effects of subscription credit lines, and a second figure calculated as though money had been immediately drawn down from investors.

Phoenix Equity Partners’ CFO, Steve Darrington, said that his firm had been using the same lender for subscription credit lines “since the beginning,” and that GPs not using them would be “slightly asleep at the wheel.” The London-based firm issues two drawdowns to investors per year, making things “much more forecastable and manageable” for LPs. Despite his praise for subscription lines, Darrington’s advice to GPs was to use them “for the right reasons.”

Tonsgaard also expressed some concern about their proliferation among private equity funds. Adding subscription lines to the multiple existing layers of debt for GPs, and the fact that some LPs are now leveraging their investments, she described the [accumulation of credit] as “investing on steroids.” Where subscription credit lines were initially offered to temporarily bridge the 10-15 day drawdown period, most funds are now using them on a longer-term basis. In a poll conducted at sister publication Private Equity International’s CFOs and COOs forum in early 2019, 42 percent of participants said that they were using subscription credit facilities for an average three months, and a quarter were averaging over six months. 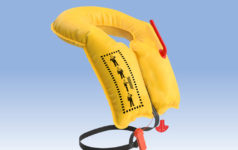 NAV lenders to the rescue 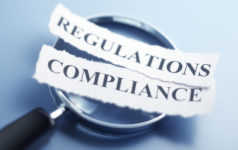 News & Analysis 13 hours ago
Added to your Saved Articles
Loading
Unsave Article
Please confirm you would like to remove this article from your saved articles.
Share with other subscribers
Only logged in subscribers of this site will be able to access the shared article.