In May 2019, sister title Private Equity International launched its 40 under 40: Future Leaders of Private Equity to highlight the industry’s rising stars. Last year’s list was based on more than 130 nominations and industry recommendations, with the final selection made following extensive consideration by PEI’s senior editorial team. Alongside the investors, fundraisers, operations professionals and dealmakers who made the cut, a number of lawyers were included in recognition of their work to date and future potential.

PEI posed a series of questions to those lawyers about some of the key legal issues on GP and LP agendas, whether that be navigating data protection regulations or weathering macro-political and economic change.

Looking back at 2019, what trends or regulatory/legal developments have had the most significant impact on the sector?

Christopher Sullivan: The rise of the GP-led secondary, enabling sponsors to hold assets for longer with refreshed economics and giving LPs the ability to gain greater exposure to high performing assets for the longer term than the classic PE fund model would typically allow.

John Rife: The continued evolution of the secondaries market and, in particular, the prominence of single-asset continuation vehicle transactions.

Ted Cardos: There has been an upsurge in single-asset GP-led secondaries transactions, which has the potential to change the sector significantly. Specifically, we could see new market entrants focusing on this space. Moreover, given that traditional secondary buyers hold divergent views of the appropriateness of single-asset deals, I would expect a larger spread in performance to develop as these concentrated investments play out.

Ted Craig: In terms of trends, the single-asset deal certainly stands out – not only for being a significant market development (an ‘exit’ option that provides LPs liquidity and GPs a longer timeframe with the asset) but also for attracting attention across market participants.

Have you seen any shift in LP and GP priorities since you began practicing?

JR: There have been significant shifts on both the LP-side and the GP-side. That said, the change that strikes me as the most remarkable has been the way environmental, social and governance matters have been embraced on both sides of the fence.

CS: Many LPs are now much more focused on being direct investors – close to the asset with governance and operational influence. The days of the passive LP are over. Not only does this extend to ownership, but also important topics like ESG.

TCr: The attention now given to ESG and responsible investing is a good example of something being prioritized by both LPs and GPs in a way that it wasn’t five (let alone 15) years ago. As someone described it recently, it wasn’t that long ago that ESG was the 4pm slot on the last day of a conference. Now it’s 9am on day one.

The EU’s General Data Protection Regulation and California’s Consumer Privacy Act have put data privacy in the spotlight on both sides of the Atlantic. Is this on fund managers’ agendas? If not, should it be?

CS: It is very much on sponsors’ radars – among the very top issues we engage with in due diligence both on entry into a deal, during the life of the investment and at exit. This in part is driven out of the ESG agenda as well as new legal requirements such as GDPR and the California Privacy Law. Data as both an asset and a liability is a huge topic across all sectors, but particularly those such as financial services or consumer-facing businesses where the volume and sensitivity of data may be significant.

The private equity industry has recently come under increased political scrutiny, particularly in the US in the run up to the 2020 presidential election. What effect do you expect this to have on investors and what steps could they take to prepare?

CS: Macro-political change also creates uncertainty as we have seen with the Brexit discussion in Europe. Yet, if anything, Brexit demonstrates the resilience and creativity of private equity as an asset class in terms of the extent to which transactional activity, including some of the largest-ever European deals, has continued. I don’t see a US election changing that. Preparation involves being nimble, creative and opportunistic so as to realize deal opportunities.

What are the main challenges, or opportunities, for private equity in 2020?

CS: Huge opportunities exist in the GP-led secondaries space. We expect to see it become the “fourth leg” of exit-track planning alongside sale, initial public offering and recap. Challenges, as ever, turn on the ability to source and execute against quality targets. Public markets still hold many trillions of dollars of high-quality companies and so they will continue to be a fertile area for private equity to explore either wholesale delisting transactions (so called P2Ps) or picking up very large non-core divisions from listed companies.

JR: I anticipate that the main challenges for private equity in 2020 will be tied to macro-economic events, including the impact of the current coronavirus situation and the finalization of Brexit. While those will pose challenges for some, they will also present opportunities for others.

What role do you expect the Institutional Limited Partners Association’s model limited partnership agreement to play in LP-GP negotiations?

CS: The ILPA guidelines on GP-led transactions have been impactful in the market and we see many LPs looking to adopt them where possible. In new and innovative areas such as this, ILPA seeks to have an influential role which has been highly valued by LPs.

TCr: For GPs raising, say, their third or fourth fund, the previous fund LPA is probably a more likely reference point for negotiations; though the ILPA model is a useful general reference point for LPs and I can see it having a more significant role to play for first-time funds.

JR: While I expect the ILPA model LPA to play a role in shaping LP-GP negotiations, in reality, fund agreements are complex, unique and bespoke to each sponsor and its business, and so I don’t anticipate wide-scale adoption of their model LPA by GPs.

In October 2019, the Institutional Limited Partners Association released its model limited partnership agreement that it has developed in order to set “a new standard for alignment of interests between GPs and LPs” and address “a persistent and shared need of GPs and LPs to reduce the complexity, cost and resources required to negotiate the terms of investment in private equity funds”.

The free-to-access template includes a whole-of-fund waterfall, although ILPA plans to make a deal-by-deal waterfall version available in the future. According to the association, the model LPA is a “foundational component of an LP-friendly fundraise” and “particularly helpful” for new managers.

The model agreement does not allow GPs to “pre-clear” conflicts of interest in order to ensure LP consent. Among other provisions in the LPA is the specification that a co-investor should bear its pro-rata share of fees, expenses and liabilities of a portfolio investment to be fair to the other LPs in the fund, and a recognition of the fiduciary duty of the GP that includes an appropriate standard of care to ensure trust in the long-term GP-LP relationship. 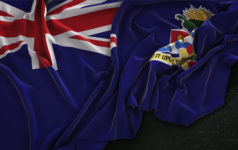 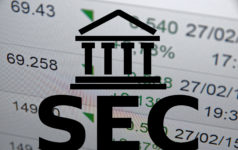 Boards could delegate fund valuations to IAs under proposal