This article is sponsored by EisnerAmper

The Tax Cuts and Job Act of 2017 was one of the most significant pieces of tax legislation in decades. Headline reforms like the drop in the corporate tax rate from 35 percent to 21 percent earned cheers from Wall Street, despite many deductions and credits vanishing.

Even the densest passages of legislative language still leave room for interpretation, much to the delight of tax attorneys everywhere. The inherent complexity of how private equity funds are structured and how firms invest means that the industry is bound to discover unintended consequences within the TCJA. So we spoke with Simcha David, a tax partner with EisnerAmper, about some of the thornier questions the law raises for GPs.

There is plenty of tax relief contained in the TCJA, but not all of it applies to the private equity industry. In fact, doesn’t it tighten standards in the case of carried interest?

The TCJA states that if someone holds an applicable partnership interest, they need to hold that asset for three years before selling it in order to qualify for the long-term capital gains rate. Previously, the minimum holding period was greater than one year. Private equity frequently holds assets for longer than three years, so there shouldn’t be too much of an issue, although this new standard may cause a wrinkle for some funds.

GPs don’t time an exit solely by tax considerations, so what are firms doing when they’re fortunate enough to sell that portfolio company after only two years?

What does not work is utilizing the general GP waiver provision that is currently in many fund operating agreements. That was put into operating agreements for situations where the GP will waive the carry because the GP believes that it will eventually be subject to clawback. That is a real waiver. Simply waiving the carry on the early deal just to take it on the next deal is not a waiver, especially if the value is already inherent in the subsequent deals.

“The new tax law ended a lot of deductions, including the one for investment expenses”

Instead some attorneys are drafting waiver provisions that mimic a management fee waiver for carry. Historically, some funds had a management fee waiver in place. Practically this means that the management company has the right to waive a portion of its management fee in exchange for the GP entity receiving a deemed capital contribution into the fund. The GP will have priority in the cash waterfall for this amount for a future realization event. As long as the deemed capital is subject to the entrepreneurial risk of the fund, this arrangement should be respected.

Under the current law, should the fund sell an asset in the first two years of ownership, the GP can’t simply waive that carry and say they’ll take that amount on the next deal. In that case, the GP hasn’t really waived the carry income and the IRS would not respect such a waiver. Instead, the GP needs to waive the carry on the current deal, and only take the waived amount from the profits or increased value in the future, precisely because that value doesn’t exist yet. There is no guarantee of getting that waived carry in the future. It would require that investments increase in value enough to trigger the payment of traditional carry, and the waived carry as well.

What has been the effect on the private equity industry?

The new tax law ended a lot of deductions, including the one for investment expenses. LPs would use this deduction for management fees. Private equity firms will often take a management fee based on the committed capital. This could be a rather large amount of income in the early years of the management company. So, as mentioned above, the management company will retain the right to waive a portion of their management fee. Without waiver the investor ends up with an expense they can’t deduct and the manager has ordinary income.

So the fees are waived, and in lieu of that, the GP gets a phantom stake in the partnership equivalent to the fee they waived. The interest from the future appreciation of the fund will arrive sooner in a standard waterfall calculation than the GP’s usual carry, and those monies may arrive at the lower tax rate of long term capital gains. Such waivers are a win-win proposition, but the IRS is sensitive to a GP’s abuse of it. They need to see the GP face real ‘entrepreneurial risk’ that the fees they’ve waived might not arrive.

And that’s the thinking behind the carry waiver being rooted in the increased value of assets in the future. However, while they’re using the management fee waiver as a model, there is no guidance that the IRS approves of the practice.

What other deductions have been eliminated that might adversely impact the private equity industry?

One worth discussing is Internal Revenue Code Section 461(l). This is part of the new law that limits the use of trade or business losses to offset investment income. Section 461(l) states that losses from a trade or business can only offset investment income up to $500,000 (married filing joint). For example, if the general partner of a private equity firm gets $1 million in investment income from the fund, but operates the management company at a loss of $1 million, the liability is not zero, as it would be before the TCJA. Instead, now they can only use up to $500,000 (married filing joint) of those losses to offset the investment income.

But questions remain around the definition of trade or business. Does the sale of an operating partnership, which is common in private equity, give rise to trade or business income or investment income? There’s no guidance on that.

Are there any other uncertainties?

We also don’t know what to do with the losses that exceed the $500,000 limit. Say a private equity partner has earned $5 million in capital gains income and suffers $10 million loss at the management company. Since that $10 million loss is considered from a trade or business, the partner can only offset $500,000 of that loss against the $5 million of income, and that leaves $9,500,000 of losses that were not utilized in the current year. Which means on the partner’s personal tax return, they have $9,500,000 losses they couldn’t use.

Practitioners have been assuming that the $9,500,000 rolls over to next year, and is no longer subject to the limitation, as it would be treated as a normal net operating loss deduction, and offset up to 80 percent of the subsequent year’s income with it. So the partner could use 80 percent of the $9,500,000 in a subsequent year to offset investment income and not be subject anymore to the $500,000 limitation.

Most practitioners are interpreting Section 461(l) as a one-year deal, and next year it’s a normal NOL. But we don’t have guidance on that either. That doesn’t mean guidance won’t be forthcoming on any of these issues, but the industry should tread carefully as there aren’t definitive answers just yet. 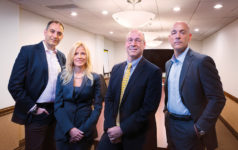 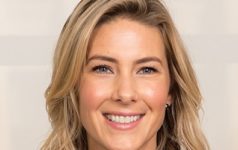 SANNE: IBOR reform is getting closer 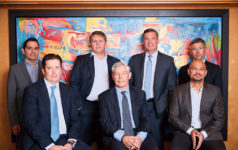 How to please a service provider