“In what is commonly dubbed a ‘borrowers’ market’, [EBITDA] addbacks are seen by many as the most egregious example of how some investors will accept any demand from a borrower as the price of participation in a highly liquid market.”

So say our colleagues on Private Debt Investor on their wide-ranging investigation into the practice of adjusting EBIDTA figures to factor in future savings or losses relating to one-off events.

– Limits to addbacks – such as caps on the amounts that can be added back and the time horizon – are “being eaten away.”

– Some adjustments (such as imminent savings from an office move) could be viewed as reasonable, some are more dubious. An example of the latter would be a borrower attributing lower sales to Brexit, and claiming the sales they would have got had it not been for Brexit should be added to the EBITDA figure (this happened).

– Leverage may be understated by as much as 40 percent, according to one investor in both private equity and credit strategies.

– If it gets to the point of what some managers have labeled “fake EBITDA,” GPs might think about only using an EBITDA multiple as a secondary tool – perhaps using a discounted cashflow primarily – when it comes to valuing a business.

Some sad news this morning: Alex Navab, the former KKR senior executive and head of Americas, died unexpectedly on Sunday while on holiday with his family at the age of 53. A spokesman for Navab Capital Partners declined to comment on the cause of death.

Navab had embarked on an ambitious plan to raise a $3 billion debut fund and already assembled a stellar team for his eponymous firm. It looked set to make a significant impact on the industry. As he told sister publication Private Equity International in May: “Culture starts with the values you want to have in your firm, and those are as important as the strategy.”

Interested in how peers are using data science? Some useful tidbits in this article from Wharton today. 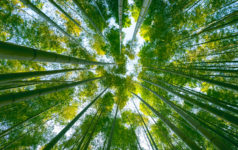 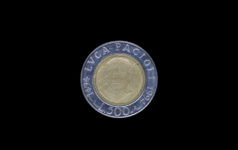 Back to the drawing board for valuations in Europe? 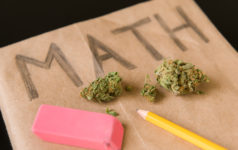 Pot: Easy to smoke, hard to navigate accounting rules for

How fast-growing Bamboo does impact reporting

News & Analysis 14 February 2020
Added to your Saved Articles
Loading
Unsave Article
Please confirm you would like to remove this article from your saved articles.
Share with other subscribers
Only logged in subscribers of this site will be able to access the shared article.