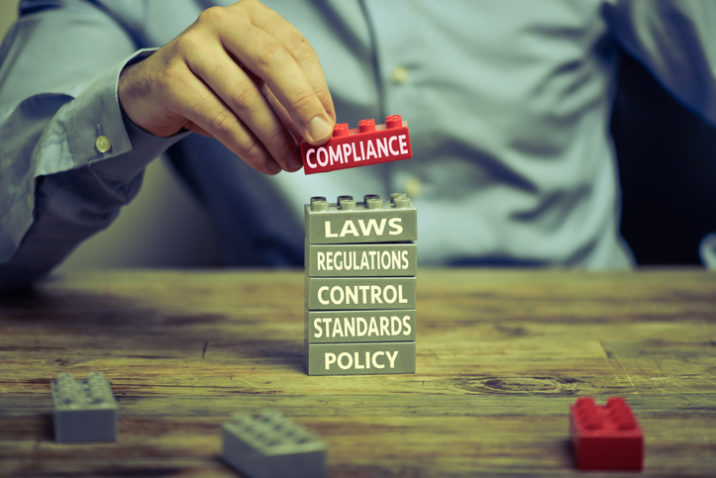 The Senior Managers and Certification Regime was brought in by the Financial Conduct Authority as a replacement for the existing Approved Persons Regime in order to “reduce harm to consumers and strengthen market integrity by making individuals more accountable for their conduct and competence.” The regulations apply to all FCA-certified firms and comprise three elements: the senior managers regime, the certification regime and the conduct rules.

The senior managers regime came into effect for banks in March 2016 and was rolled out to firms whose sole regulator is the FCA (“solo-regulated firms”) in December 2019. It requires firms to appoint an individual who is personally responsible for ensuring that their firm is operating in compliance with FCA rules and personally liable if it is failing to do so.

The certification regime largely applies to middle management and requires staff whose positions could allow them to cause “significant harm” to their firms be assessed and certified by their employers on an annual basis. Finally, a set of five conduct rules will apply to all “non-ancillary” staff. While the certification regime and conduct rules are already in effect as of December 2019, firms have 12 months to implement the new policies.

The FCA’s graduated approach to the SMCR has helped the new rules go down relatively smoothly with the UK private equity community. “Private equity firms have been coping with SMCR pretty well, and I think that’s down to the fact that the FCA has given them a sufficient lead time to implement the requirements,” said John Verwey, a member of the Private Funds Group and partner at Proskauer Rose. “Firms have just been factoring it into their annual compliance processes for the year, which means that it hasn’t been a significant disruption.”

The regime’s relative flexibility has also helped to smooth out its transition from banks to other firm types, according to John Young, an international counsel at Debevoise & Plimpton. “In a bank, you would expect the governance structure to fit a certain mold (executive and non-executive directors, a CFO, head of risk), but the FCA wanted to accommodate all and every type of governance structure within the SMCR,” he said. “The regime is really flexible.”

December 9, 2020: Conduct rules apply to all non-ancillary staff at FCA-regulated firms; deadline for firms to complete assessment of SMFs and certified staff.

Despite this, there are still some challenges posed for private equity firms implementing the new regime. And firms would do well to consider that while the FCA has given substantial guidance and a generous timeline, it isn’t likely to be lenient with firms that don’t get their act together by December this year.

One criticism of the SMCR is that it requires the most senior employees at a firm to take on personal liability for it, without taking into account whether they are closely involved in day-to-day activities. “The FCA has said that it doesn’t expect firms to change their governance arrangements as a result of the regime,” Young said. “But in some instances, where those senior individuals don’t feel that they have enough involvement in the UK business to be accountable to the FCA for it, we’ve seen them stepping down.”

Young cites an example involving a non-UK-based director on the board of a UK subsidiary who, despite being heavily involved in the management of the business, was only responsible for making decisions at group level rather than at UK firm level. In this case, the director was not willing to be held personally liable for any potential regulatory breaches and stepped down instead.

Some firms are also running into issues when it comes to appointing an individual to be senior manager for purposes of the regulation. The FCA has always required private equity firms to have a designated head of compliance, but in some cases, those individuals may not necessarily be qualified or senior enough within the organization to take on the title and responsibilities of senior manager. And in firms where multiple people at the top share equal responsibility, there may be some difficulty in assigning the senior manager title and the liability that comes along with it to an individual.

Implementing SMCR is an ongoing process, and the final phase of the regulations will require significant engagement from firms, particularly from HR departments. The certification regime already applies to firms, although they have until the end of 2020 to complete its implementation. In order for staff to be certified by the FCA, firms must carry out annual competence and capability tests on individuals, as well as background checks on new starters. However, as Young points out, carrying out some degree of annual testing and background checks is already common practice for many firms, “if you’re a responsible employer.”

As far as compliance policies go, the FCA’s implementation of the SMCR has been a relative success thus far and has been met with minimal resistance from within the private equity industry. “Broadly speaking, it hasn’t been too difficult – it’s not disproportionate to what firms were previously subjected to,” Verwey said. “It’s an example of a regulator doing quite a good job.”