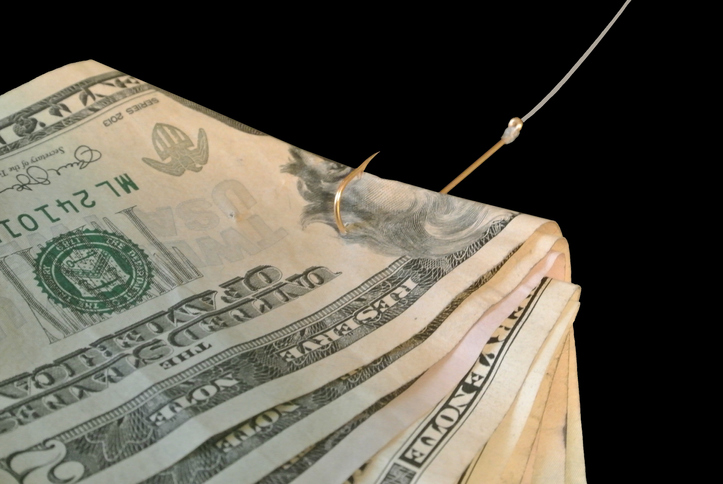 In the last two weeks, the largest listed private equity firms have provided some clarity on what they know about their carried interest as their portfolios take a hit from the covid-19 pandemic.

Carlyle Group on its first quarter earnings call in April said the value of its private equity portfolio dropped 8 percent. As of end-March, four of its funds, including the €3.7 billion Carlyle Europe Partners IV and its long-dated vehicle, the $3.6 billion Carlyle Global Partners, were no longer accruing performance revenue.

A day later, Apollo Global Management said it was potentially facing close to $1 billion of clawback obligations across several funds, including the $18.4 billion Fund VIII, and the value of its PE portfolio had been slashed 21.6 percent as of end-March. KKR, on the other hand, has roughly $90 million of clawback exposure, which CFO Robert Lewin said was “relatively contained” given the $1.26 billion of accrued carry on its balance sheet.

Sister publication Private Equity International spoke to industry practitioners to find out what clawback risk could mean for LPs and GPs.

‘Falling out of carry’ is not just as it sounds

To put it simply, if assets decline in value, the chances of getting carried interest – or a share of the profits – shrink in proportion to that. But what ultimately matters is the distribution waterfall or the way in which cash distributions will be allocated between the GP and the LP, market participants said.

Taking carry means different things in different waterfalls, said John Fadely, a Hong Kong-based partner at Gibson, Dunn & Crutcher. The US-style deal-by-deal waterfall entitles managers to carried interest following the sale of each investment in a fund, after returning LPs’ capital contributions plus the preferred return on those amounts. Most US funds operate on the implicit assumption that unrealized investments will generate proceeds at least equal to their carrying value.

A European-style whole fund waterfall, on the other hand, means returning capital contributions made for all investments in the fund – realized and unrealized – plus all drawdowns made for expenses, and a preferred return on those amounts.

According to Fadely, the investor concern is that carry distributed early to a GP, particularly in a deal-by-deal waterfall, could exceed the carry that the GP is entitled to receive looking at the performance of the entire portfolio at the end of the fund’s life.

“A US-style deal-by-deal waterfall is more likely to generate carry early and therefore more likely to later fall out of the carry than a European-style whole fund waterfall, which can’t get into the carry as easily,” he said.

Any firm announcing that one of its funds has fallen out of the carry is likely to be calculating carry including realized and unrealized portfolio investments, although one would have to confirm that with the sponsor, Fadely noted.

The mechanics of the clawback is all-important, too

The limited partner agreement sets out the economic provisions on how GPs are remunerated and how profits are shared between a GP and its LPs, and defines the features and triggers of any clawback. This is meant to protect LPs in the event a GP takes an incentive fee they should not have received.

“Just because the fund is ‘out of carry’ now does not automatically mean that the clawback obligation crystallizes – it depends on what the clawback clause in the LPA says,” Mark Silveira, a funds lawyer at MJ Hudson said. In principle, GPs may have time to fix the situation because both realized and unrealized IRR/carry will go up and down as time passes, fair market value changes and drawdowns/distributions are made.

“Just because the fund is ‘out of carry’ now does not automatically mean that the clawback obligation crystallizes – it depends on what the clawback clause in the LPA says”
Mark Silveira, MJ Hudson

A couple of mechanisms are at work in the clawback provision to minimise the risk of the fund not receiving back the excess carry: interim clawbacks, escrows and sponsor guarantees.

Much depends on what has been negotiated in a fund’s LPA. Some funds are only required to run a clawback once at liquidation. Others will be required to do so at certain specified events or on a routine cycle, for example, in the fifth, seventh or ninth years of the fund’s 10-year life, said Silveira.

“If and when the clawback is run and an obligation to repay arises, then the repayment deadline tends to be reasonably quick – anything between one to three months.”

Fadely noted that interim clawbacks are the most common means to address excess carry distribution risk.

“They don’t result in dead weight loss generated by escrows, which typically require cash to sit more or less idle on account until released from escrow.”

Another mechanism that protects LPs is to reserve a portion of the carry – generally at least 30 percent, according to the Institutional Limited Partners Association’s suggestions – in an escrow account in order to satisfy any future clawback obligations. The obligation to meet clawback payments depends on the fund’s governing documents and generally sits with a PE firm’s senior partners.

More time will help get the fund ‘back into the carry’

Funds return to the carry if their portfolios perform well enough so that the fund is “beating the pref” on an unrealized basis, assuming that being “in the carry” is determined by looking at realized and unrealized assets, said Fadely. The difficulty of this depends on many external factors, but an important internal factor is how far into the investment period the fund happens to be.

“The more time a fund has to turn things around, the more likely it can do so,” Fadely said.

As Carlyle CFO Curtis Buser noted on the firm’s Q1 earnings call, a crucial point is not an asset’s current mark but rather, where it performs over time. Buser noted Carlyle was “working hard on all of the funds [to] position them back into carry.”

Legal sources PEI spoke to noted that a GP needs to create value in its portfolio companies and/or wait for the market valuations to recover before selling those businesses. During the covid-19 crisis, this might happen fast, or it might take several years depending on how serious the downturn turns out to be.

To ride the crisis out, flexibility between LP and GP is key, Silveira said. For instance, this could mean shifting the investment strategy to include additional geographies or holding investments longer.

“If you are a PE fund that happens to own hotels or restaurants, you are waiting a very long time before these businesses will go back to their own valuations,” said Silveira. “If on the other hand you happen to own a company that makes vaccines, you’re sitting on a goldmine.”