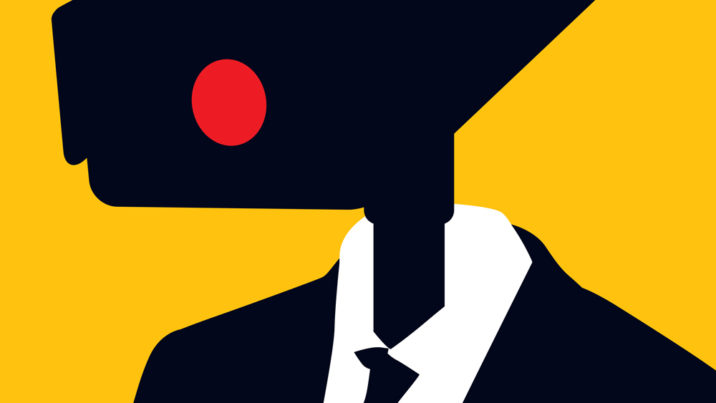 Private funds might beg to differ. In the decade since Dodd-Frank subjected any private equity, hedge or venture capital fund with assets of $150 million or more to the Investment Advisers Act, they were rarely the subject of commentary by the Securities and Exchange Commission. This year, it seems as if the regulator has talked about little else.

So far in 2020, regulators have brought at least 30 enforcement cases against private funds or their employees; double last year, by Private Funds CFO’s count.

Kurt Wolfe, securities enforcement attorney at Troutman Pepper, says it’s noticeable to see a sharp uptick in private fund enforcements, even as regulators are hinting that enforcements overall may reach their lowest levels in years. “It’s something that the SEC enforcement division has been looking at much more closely in recent years. It’s now solidly part of their radar every year,” he says.

“[Ask] what are the weak spots in the web, where the MNPI may creep in, and craft appropriate policies and procedures around those risk”

The Commission now has a dedicated staff focused solely on private funds, and they have acquired a fair bit of expertise in recent years, he adds. “They now have more bodies, more resources, more data, and they can start getting at this stuff,” he says. “We should expect that this will probably be part of the agenda every year.”

The year began with a $135,000 fine and three-year ban for a former employee of Stelliam Investment Management accused of insider trading. Along the way, some big industry names have been caught in the sweep. Among those settling cases were Lone Star Value Management ($100,000 fine, censure for conflicts of interest, in February); Old Ironsides Energy ($1 million in fines, censure for advertising rule violations, in April); wunderkind Marko Dimitrijevic (he and his former fund fined $3.2 million and censured for failure to disclose risk, also in April); and Rialto Capital Management ($350,000 fine and censure for fees and fee disclosure problems, in August).

Ares Management, by far the biggest of the bunch, with $165 billion in assets under management, was fined $1 million and censured for failing to implement and enforce “reasonably designed” policies and procedures to prevent the misuse of material non-public information (MNPI).

In the midst of the crackdown, the Commission released a first-of-its kind risk alert on private funds, warning the industry (and the broader public) that there were business-wide problems with conflicts of interest, fees and – for the first time ever – managing the risk of insider information leaking out.

One immediate lesson might be, if regulators do come calling, follow the old saw: tell it first, tell it fast and tell it all. In more than one case, the SEC made clear that things might have gone worse for funds had they not gotten in front of their problems: Rialto, Northern Trust Hedge Fund Services ($168,000 in fines and penalties for misappropriation errors, in September), and Palmer Square Capital Management (censured and fined $450,000, also in September, for cross-trade problems) were singled out for their proactive approach to exam deficiencies. Northern Trust was also saluted for its “co-operation with staff.”

As a counterpoint to all that “good” news, consider the case of International Investment Group. In April, the firm paid $35 million to settle fraud claims that it initially fought. In June, the Commission filed a fresh complaint against IIG founder David Hu.

Another lesson might be to read the June risk alert as a kind of “playbook” that the Commission is handing over to industry to execute, says Sarah Curran, director of Promontory’s private funds practice group, who helped set up the SEC’s private funds examination team. The Commission started its risk alert program to be more “transparent” with the industries it regulates.

“They now have more bodies, more resources, more data, and they can start getting at this stuff … We should expect that this will probably be part of the agenda every year”

“The flip side of being transparent is they are not going to be so understanding when they do show up to examine for those issues published in a risk alert,” she says. “If you haven’t implemented that guidance, or if you’ve ignored that risk alert, then the examiners are likely going to view that as a weaker culture of compliance.”

Philip Moustakis is counsel to Seward & Kissel in New York, and he spent a decade and a half in the SEC’s enforcement division. He says what’s noticeable about so many of the 2020 cases is that the Commission dinged private funds even when the violations hadn’t caused any actual harm to investors. Several of the cases involved failures to document the work compliance teams were already doing or what amounted to paperwork errors.

Speaking about a 2017 case, Moustakis might have been speaking for many more when he said: “They probably paid as much to defend the case as they did in the fine, but the reputational hit seems unfortunate under circumstances like those.”