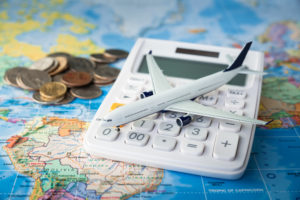 The difficulties of operating in a global environment came under the spotlight at the PEI CFOs & COOs Forum on Thursday when a chief operating officer urged US funds to show caution before moving into multiple jurisdictions.

“Be realistic about where you want to raise capital before you build a very expensive structure,” the COO of a mid-market fund manager told a panel. “The belief is often that if you build it, they will come. That doesn’t always happen.”

The panel heard that raising capital in different jurisdictions can be fraught with difficulties. Europe requires careful consideration as to which countries are more fund-friendly for AIFMD, with the UK considered “easy” but Germany “challenging.” In Asia, the challenge can be Chinese investors because they often want separate accounts, the COO said.

“You really need to know your business to decide how to structure outside the US,” he warned. “Don’t build the big mousetrap that costs your investors $2 million a year for a Jersey entity that has $50 million in it.

“I used to tell my guys, ‘It may be nice having this Jersey entity but it’s ending up killing our net return.”

The operating officer warned that CFOs and COOs have a responsibility to ensure that the desire for overseas investment doesn’t hit the bottom line: “The CFO/COO has to be engaged. You have to be thoughtful. Your IRR people will tell you we need to go and raise everywhere. But do you have credible contacts? Do you have a placement agent in that region? Can you really raise capital in that region? Ask this before you go out and form a very expensive structure.”

The comments follow a stellar year for global fundraising in the private equity industry, with the highest annual capital raising total since the 2008 financial crisis, with $537.2 billion gathered across 812 vehicles, according to PEI data.