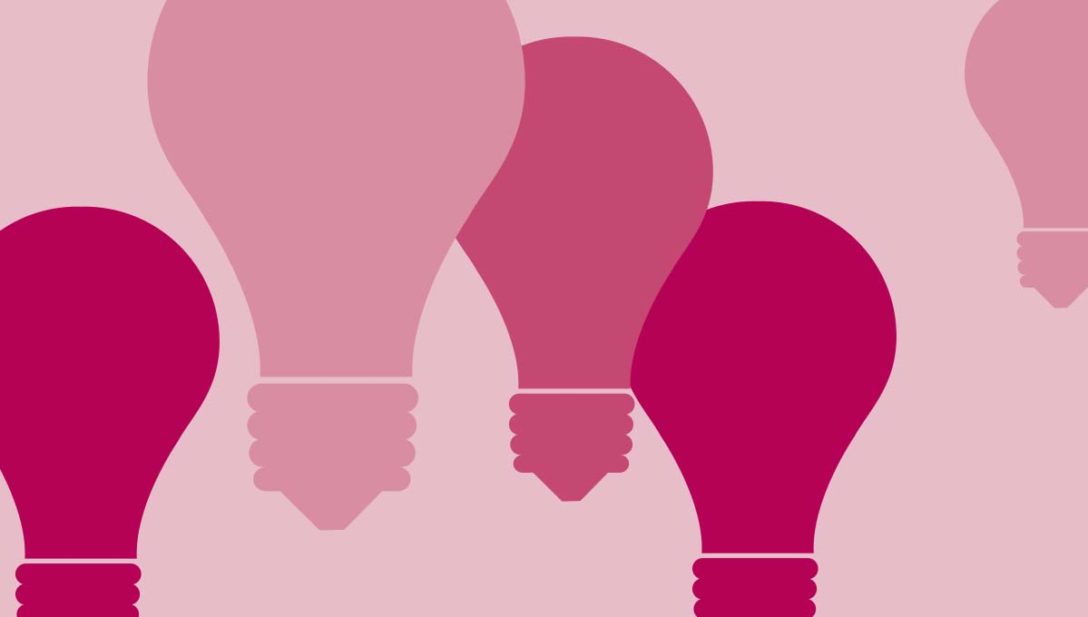 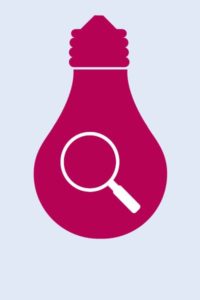 Operating remotely is encouraging managers to fight back with much more sophisticated pitches.

Virtual due diligence is something that emerged due to the pandemic. As a result, firms are starting to offer innovative solutions to help tackle issues around working remotely.

In May, Boston-based investment auditor Emerging Markets Alternatives launched Virtual Intelligence. EMA works with many niche emerging market managers, doing deep dives on such firms and then helping the most credible among them reach out to LPs.

Virtual Intelligence aims to offer a more sophisticated presentation than a Zoom call – or even multiple Zoom calls – could offer. According to EMA’s chief investment auditor, Kamal Suppal, these include: a package of video recordings, including conversations with managers to draw out the personality of team members and their value proposition; a deep dive into the investment thesis; a ‘virtual onsite,’ where investors can see managers going about their day-to-day business; a full report of EMA’s findings about the manager; and ‘town halls’ where managers respond to investor questions.

In EMA’s view, LPs still need diversification as much as they ever did, even if this is not hinted at by their current, conservative allocation choices. The firm also believes that the smaller managers it represents may often be better positioned than their larger, global counterparts to exploit specific strategic or geographic pockets of opportunity.

Covid may have accelerated a pre-existing trend toward outsourcing the fund administration function, but, before jumping on the bandwagon, private fund managers should learn what they can from those who have come before. 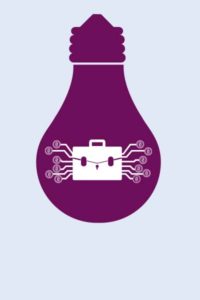 Outsourcing has become an important aspect of the private funds industry, and even before the pandemic struck, many CFOs were weighing the benefits of outsourcing fund management. But it’s not a decision to be taken lightly.

Joshua Cherry-Seto, CFO and CCO of mid-market firm Blue Wolf Capital, told Private Funds CFO in mid-2019 that one of his greatest regrets in outsourcing was that he did not engage with a consultancy to run a formal process. “Our time is limited and is worth a decent project manager cost,” he said. “We will spend half a million [dollars] on a fund administrator, so $30,000-$50,000 for support on the search process is money well spent.”

One of the driving forces behind the outsourcing of fund administration is the monumental cost of maintaining an in-house technology stack. “We all acknowledge that technology is the way forward, but the ability to buy requires liquidity and the ability to build requires speed, skills and financial capacity,” says James Duffield, head of business development at fund and corporate services firm Aztec Group.

The outsourcing approach, he says, “minimizes direct operational costs and the administrator can provide considerable economies of scale across functions, such as accounting, reporting, compliance and [anti-money laundering].” 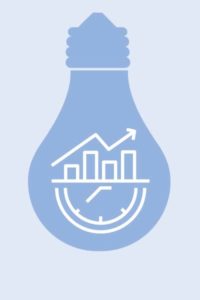 GPs are not a group that likes to leave money on the table, and this propensity is driving a trend toward continuation funds.

The secondaries market is booming, and it’s being further fueled by the heft of aging assets, producing new strategies to keep funds running longer than they were originally designed to do. Among these strategies are continuation funds, of which many types have come into being, including traditional GP-stake sales.

More than one-third of the top 50 biggest firms as rated in the 2021 Private Equity International PEI 300 ranking have either completed or are undertaking continuation vehicle transactions. While continuation fund technology has been used in the private markets for more than a decade, the market share of these deals jumped significantly in 2021, according to PEI.

One of the latest innovations in continuation funds has been the single-asset special purpose vehicle. “Two or three years ago, single-company secondaries were not a thing,” Nigel Dawn, global head of private capital advisory at Evercore, one of the biggest intermediaries in the continuation fund market, told PEI in August 2021. “This year, the majority of our GP-led dealflow is single companies.”

Nicole Washington, a partner at Kirkland & Ellis who works on continuation deals, told PEI: “We’re going to see a lot more multi-billion-dollar deals in the space, and a lot more well-known sponsors entering the space because of the size of the dealflow and how attractive it is.” 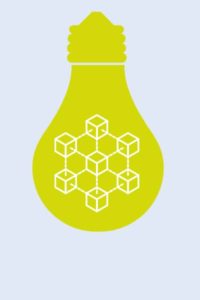 A blockchain is a digital ledger of transactions that is duplicated and distributed across a network of computer systems.

Each block contains several transactions, and every time a new transaction occurs on the blockchain, a record of that transaction is added to participant ledgers. The decentralized database managed by multiple participants is known as Distributed Ledger Technology (DLT).

The transactions are recorded with an immutable cryptographic signature/timestamp, called a hash. Therefore, the information that has been validated usually cannot be manipulated, which builds trust.

“DLT/Blockchain offers lenders and asset managers the chance to rewrite how they operate and facilitates the restructuring of traditional value chains,” says Matthias Kirchgaessner, managing partner at Plexus Research. “It has the potential of greater data transparency and removes redundant and inefficient processes.”

Kirchgaessner argues that across all sectors, blockchain is moving away from experimentation and towards commercialization: “In decentralized finance specifically, a range of proof of concepts and live experiments have proven the capabilities of DLT of addressing core inefficiencies in value chains by harvesting the benefits of increased speed, reduced cost, greater security, reliability and auditability of processes and transactions.

“Within the universe of private debt strategies, we already see an established use case with trade finance, projects in direct lending, and peer-to-peer lending. In strategies like distressed, litigation financing, asset transfers, and specialty finance, it appears rather complicated as when acquired ‘off-chain’ the assets would need to be individually rewritten in a smart contract.” 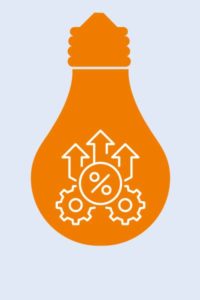 Investor demands regarding portfolio performance, operations and cybersecurity continue to grow, and technology is seen as the key to meeting those needs. To meet investors’ needs for frequent and reliable data, more than 70 percent of CFOs expect to expand the skill sets of their in-house finance team to include technology know-how, according to Intertrust Group’s Fund CFO Focus 2022 survey.

But investors need to be careful not to end up with a “beautiful silo” when it comes to their data. That was the advice from one panelist during the CFOs & COOs Forum 2021. Panelists discussed how to ensure that implementation of technological solutions in operations, including reporting and data management, does not become unwieldy and burdensome because of a lack of planning.

The panelist who bemoaned his firm’s “beautiful silo” was referring to an unidentified system selected by the firm’s founder to deal with a firm-wide issue. The system was chosen because it solved the founder’s problem particularly well, the panelist said.

“It requires our team to communicate with managers one way versus the investors another way,” said the panelist, and the names of investments differ within the system, compared with other systems in the firm. “There’s all kinds of elements of complication” that it introduces, he continued, saying that the firm had been trying to address the resulting problems for two years.

But how to avoid ‘shiny new object syndrome’ and attain such a collaborative approach? “Having a good partner in a managed service provider or cyber-firm is key,” too, panelists said. “Most of us [CFOs and COOs] don’t have a strong tech background.” A second panelist appeared to agree with having in-house tech implementation personnel, saying that “the best thing I did was I hired people to actually help implement the tech, because they have a full-time job, and we needed help.”

That panelist suggested it is of utmost importance to take tech implementation slowly: “I think the one lesson that I’ve learned – and I’ve made a lot of mistakes in my life – in terms of implementation is that it’s better to go slow [in order] to go fast.”

It means taking the time to be thoughtful about what you need and building it out slowly to create the greatest utility and efficiency. Avoiding that may not just result in data silos, but also a lack of adoption. As panelists agreed, tech implementation is meaningless without adoption.

“I would argue the earlier you can solve this the better,” another said. “Because if you silo all your information, the more successful you are, the worse your life will be. And the more challenging it will be to move information from silo to silo.”