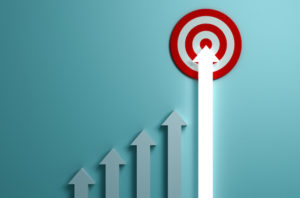 Investment giant Apollo Global Management says it is on track to double its assets under management in the next five years as permanent capital vehicles become an increasingly large proportion of its war chest.

Speaking on the firm’s fourth quarter 2019 earnings call on Thursday, co-founder Leon Black reiterated statements made at Apollo’s Investor Day in November, when he said the firm saw a “very clear path towards total AUM of $600 billion over the next five years, through a combination of organic and strategic growth across our businesses.”

“When I look at our business today, I see a franchise that has tremendous secular tailwinds at its back, as low interest rates globally have made it increasingly difficult for investors to meet their income and return requirements in the public arena,” Black said on Thursday’s earnings call.

Apollo’s AUM hit $331 billion at quarter end, up 18 percent year-on-year. Fully half of Apollo’s AUM is in its two permanent capital vehicles, Athene and Athora, which Black called “the most stable and sticky kind of capital there is.” The firm received $10.5 billion of inflows in the fourth quarter, mainly from the growth of Athene and across the credit platform.

“Over 80 percent of our AUM is in permanent capital vehicles or has a contractual life of seven years or more from inception.”

Black said the firm has built “the largest alternative credit platform in the world with over $215 billion of AUM and more than 20 different credit strategies to meet these investor needs”. It has also scaled its broad insurance and differentiated yield capabilities, and delivered “industry-leading” private equity returns, he added. “Investors are increasingly consolidating their relationships with trusted partners like Apollo, driving continued growth of our AUM.”

Apollo’s private equity program saw fund appreciation of 4 percent in the quarter as gains in public portfolio company holdings in Fund VII and Fund VIII outweighed headwinds in the private energy portfolio. AUM stood at $77 billion at quarter end, $31.9 billion of which is dry powder.

Chief financial officer Martin Kelly said performance for the $18.38 billion Fund VIII “remained strong,” appreciating 5.9 percent in the quarter and 24.1 percent for the year. As of 30 June, Fund VIII was delivering a net IRR of 10.8 percent and an investment multiple of 1.3x for the California Public Employees’ Retirement System.

Co-founder Josh Harris said the firm is “feeling good” about Fund VIII: “The ongoing seasoning and maturation of portfolio companies within the fund should drive meaningful monetization activity over the next few years.”

The firm deployed $1.4 billion and committed to invest an additional $4.4 billion during the quarter, bringing deployment for the full year up to $8.1 billion. The $24.7 billion Apollo Investment Fund IX is now 24 percent committed or invested, Harris said.

“Our methodical and patient approach of embracing complexity combined with our expertise in sourcing and structuring investments in a creative fashion have enabled our funds to continue to deploy capital at what we believe are very attractive valuations.”

Harris said that despite write-downs in the portfolio, Apollo is “not running away” from investing in energy assets, as the firm still sees opportunities in the industry.

“The write-downs relate to a very, very poor pricing environment in energy across both oil and gas and NGLs,” Harris said, clarifying that these were contained within the firm’s private equity holdings.

“Anyone who’s investing in energy today has to be very wary of what exit multiple you apply and really get nearly all your return from the cashflow that energy generates because there’s a dearth of capital going into the industry. That creates an opportunity, but on the other hand, one needs to move pretty carefully.”

When it comes to deploying Fund IX, Harris said the bifurcation in the S&P 500 and the public markets is affording the firm the opportunity to buy cashflow cheaply.

“Even though the overall indexes are high, we’re seeing a relatively significant pipeline of public to privates across multiple industries,” Harris said.

“It’s companies that no longer are attractive to the markets because they’re not growing at double-digit rates, or perhaps they are portfolios of assets that are harder to understand or perhaps they’ve missed a number or two and the public markets have grown tired.”

Harris said the firm is also continuing to see opportunities in financial services, as low or negative rates across the globe are putting “tremendous pressure” on companies in this sector.