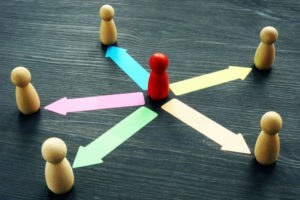 Economic substance requirements are meant to ensure corporations don’t avoid taxes by registering their place of business outside the jurisdiction where they make most of their profits. Specifically, Cooper pointed to Action 6 of the BEPS initiative – on the prevention of ‘double taxation’ treaty abuse – as adding substantial costs to compliance.

“It’s not just about having a shinier office, or more people or doing more things in-house,” Cooper said. “It’s also about why you have established your structure in that jurisdiction, why you have set up your transaction or deal [in a certain jurisdiction]. And that’s putting more pressure on private equity funds trying to answer that question.”

Paulina Pietkiewicz, partner at Abris Capital Partners, agreed that the initiative significantly affects firms’ outsourcing strategies, saying that the more one outsources, the more one throws economic substance into question. And while having an office or a building for a holding company used to be enough to satisfy economic substance requirements, “now you really have to run a proper holding company,” she said.

“I’ve definitely seen people considering moving their funds to the same jurisdiction [as] their holding structures, or even debating moving that holding structure to where the fund itself is” as a result of the initiative, Cooper said. “I would say it’s my number one concern at the moment, worrying about [whether] our structures still work.”

With that in mind, and with complications arising from Brexit and the European Union’s Alternative Investment Fund Managers Directive, Pietkiewicz said her firm is considering moving its funds and its firm to Luxembourg.

“So far, we’ve been based in Jersey, with Luxembourg-ish investment holding company structures and the Jersey manager,” she said. “And now we know that it’s no longer going to [be] optimal,” saying of Luxembourg that, “from a tax and regulatory perspective, it’s just the easiest [jurisdiction] now.”

BEPS represents a reversal of previous thinking by the OECD and tax authorities, according to Cooper. “If you go back even 10 years it was considered acceptable collateral damage to have some [companies pay] zero tax – as long as you didn’t have double tax,” she said. “In the last 10 years, [it’s become] considered acceptable collateral damage to have double tax, as long as you don’t have [instances of] zero taxation.”

The initiative also illuminates the direction of travel for further OECD initiatives, Cooper said, adding that the organization will, in the future, likely want fund managers to inquire of their LPs where and how they paid taxes.

“This is something the OECD has been talking about for 10 years,” she said. “We’ve already seen this in Denmark and other jurisdictions – but Denmark in particular – where they are already very much challenging private equity holding structures and…saying they want to get through to the ultimate owners and asking for information about investors if the house and those investors wish to make a treaty claim.”