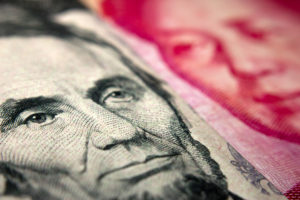 Blackstone has tapped JPMorgan for an executive to fill a newly created senior role.

The asset manager, which has $684 billion in assets under management, has hired Emily Yoder as senior managing director, strategic relationship management, making her the main contact for Blackstone’s banking and financial services relationships, according to a statement seen by Private Funds CFO.

Her responsibilities include liaising with the banks that finance Blackstone’s private equity operation and allocate deals to its credit business, according to a person familiar with the matter. The position was created to make sure Blackstone is “easy to work with” for banks as it goes through a phase of rapid growth, they added.

Yoder was a managing director in the Senior Relationship Management team at JP Morgan, focused on hedge funds and alternative asset managers, the statement said. She started her career as a trader at the bank and was a founding member of its Emerging Markets Eurobond Trading team in London.

“[Yoder’s] skills will help us deepen our relationships with key financial partners as we continue to rapidly expand into new verticals,” said Blackstone’s chief administrative officer and global head of institutional client solutions Vik Sawhney, in the statement.

Blackstone is in market with its fourth Tactical Opportunities Fund, targeting $4.5 billion, according to PEI data. It has raised $5.24 billion of a $6 billion target for its second Asia fund and is targeting at least $15 billion across its ninth Strategic Partners secondaries fund and a vehicle focused on GP-led secondaries deals.