Who will shape the future of private equity? Sister publicaiton Private Equity International today launched its inaugural Future 40 list: those under the age of 40 who are regarded by their peers as the future leaders. Three operations execs and seven lawyers made the grade (full list available here on PEI or in shortened form below). 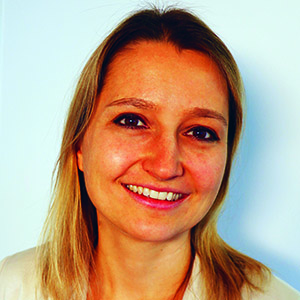 Borges takes a tech-forward approach to her leadership position, executing major IT upgrades that are revolutionising how the firm’s LPs track their investments. She introduced a new data warehouse fronted by an investor portal with incredible functionality. LPs have online access to all available reporting data for a specific fund and can easily download that info into their own reporting framework. This system also allows for data analysis well beyond the standard number crunching, with the ability to benchmark and monitor risk with various risk ratios. This is not to say she neglects her finance, accounting and operations duties, only that she understands that managing the firm’s technology is no longer ancillary to her role of leading the operational side of the firm.

Petri has been CFO at Chicago-based fund manager Pfingsten Partners since June 2015. He joined the Pfingsten as controller nearly 11 years ago. Prior to joining Pfingsten, Petri worked with private equity, hedge fund and broker-dealer clients in the financial services practice at EY in Chicago. A Wisconsin native, he holds a BBA degree in Accounting and Information Systems and a Masters of Accountancy from the University of Wisconsin. 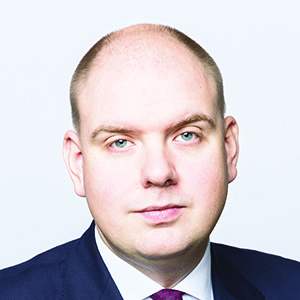 There’s nothing groundbreaking when an advisor joins a client as their in-house general counsel, but few make the kind of impact Johansson already has at Nordic Capital Partners. Johansson has overall responsibility for all legal and tax affairs. He was instrumental in establishing a new master structure for the firm’s Nordic Capital Fund IX, that closed with €4.3 billion in commitments. And that structure allowed his new firm to complete the €2.5 billion CV1 transaction, which currently stands as the largest GP-led secondary. Before joining the firm, Johansson spent 11 years at Mannheimer Swartling where he was a partner in the M&A group and head of transaction structuring. While there, he advised Nordic on its blockbuster exit of European animal health leader Anicura to Mars Petcare. 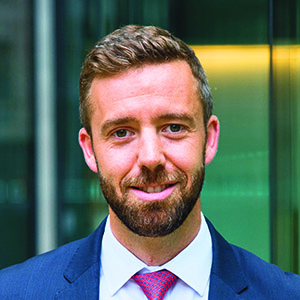 Industry expertise, pragmatism and perseverance – at least three characteristics market sources say London-based Craig’s clients admire him for. It’s no wonder it took all of 10 months for the secondaries and private funds-focused lawyer to be promoted to partner after joining MJ Hudson in 2013 following stints at SJ Berwin and having served as in-house counsel at investment firm Capital Dynamics. MJ Hudson has since embarked upon rapid expansion through office openings and acquisitions such as investment consultant Allenbridge and fund services provider Tower Gate Capital, culminating in Craig’s promotion to managing partner at the end of last year. The legal gun now serves as a partner at Dentons where he advises on private fund formation, secondaries transactions and fund restructurings. 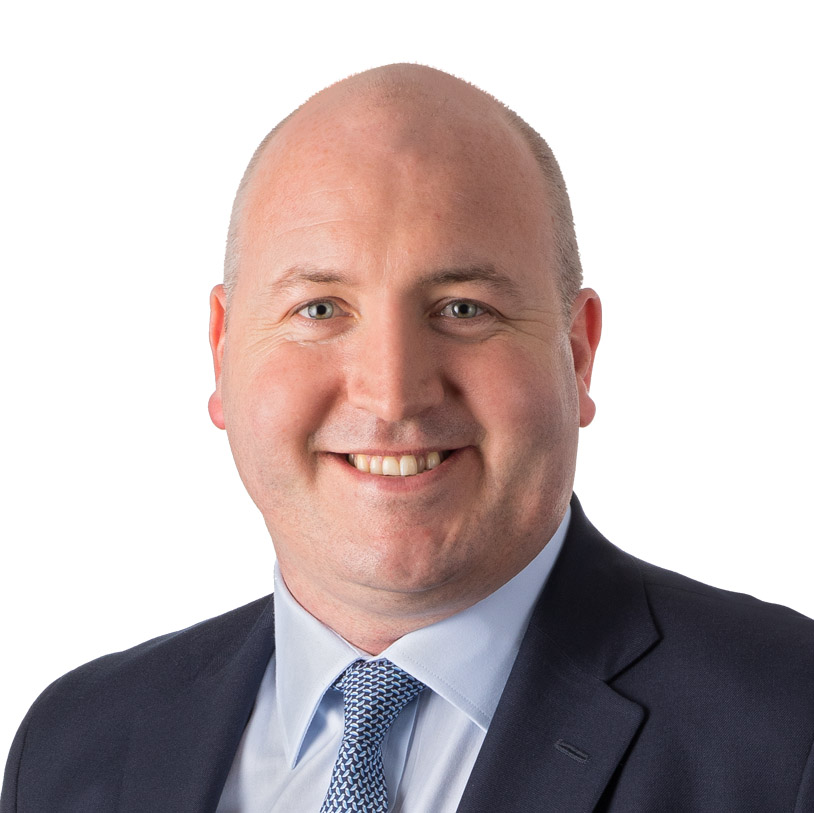 Sullivan, a Clifford Chance lifer, was promoted to partner in the private equity team in 2016 and has made his name on the back of deep, successful relationships with clients including Cinven, Blackstone and CVC. Focused on advising on big-ticket cross-border M&A deals for large buyout firms, his standout work includes advising Cinven on its €1.3 billion acquisition of clinical diagnostics firm Labco and then its €1.7 billion acquisition of Synlab, working for Blackstone on its deals for NEC Group and The Office Group, and acting for Elliot Advisors on its acquisitions of Waterstones and Foyles. An Oxford graduate who grew up in Manchester and has a particular expertise in management equity, Sullivan also acts for portfolio companies on bolt-ons and transformational M&A. 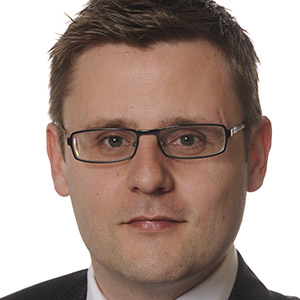 Heralded by peers for his role in revitalising Linklaters’ private equity practice in recent years, Woodward – who has spent his entire career with the firm – is now co-head of its global financial sponsors group. Renowned for his prolific deal activity, Woodward counts The Carlyle Group, Hg, BC Partners and Oaktree among his list of sponsor clients and stands out for his work on large, cross-border M&A deals. Last year, he acted for Switzerland’s Jacobs family on its $2.5 billion acquisition of private schools group Cognita from Bregal Investments and KKR, and advised Hg Saturn and a consortium on the £1.3 billion ($1.7 billion;  €1.5 billion) buyout of IRIS Software Group. In what proved to be a particularly busy 2018, Woodward also acted for PSP Investments on its investment in the £2.2 billion Silver Lake-backed offer for Zoopla parent ZPG. 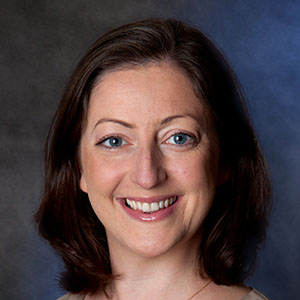 New York-based Dumican relocated from London to the US last year and is now head of legal for investments across the Americas, advising across funds, sectors and geographies. Previously with Carlyle for eight years in London, Dumican began her career as an associate in the private equity M&A team at Clifford Chance and now works closely with deal teams, investment committees and management on deal-related legal issues and risk assessments. She has worked as deal counsel on transactions including the $3.2 billion acquisition of German speciality chemicals group Atotech from Total in 2016, and the $5 billion acquisition in December last year of StandardAero, a leading aircraft engine provider, from Veritas Capital. 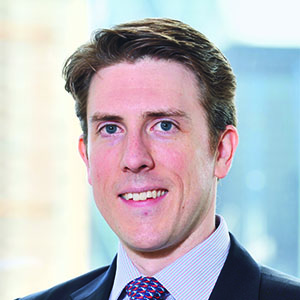 Rife was promoted to the partnership at Debevoise in 2018 and is a key member of the London investment management team, advising both sponsors and investors across a wide range of fund formation and ongoing operational matters. Described by one peer at an advisory firm as having “a real grasp for how to make the complex legal intricacies understandable and penetrable”, Rife’s practice covers a variety of geographies and asset classes, including buyouts, debt, secondaries, real estate, emerging markets, infrastructure, energy and funds of funds. A graduate of the University of Manchester who studied law at City University, London, Rife joined Debevoise as an associate in 2007 and now regularly advises on co-investments, carried interest, and end-of-life recapitalizations. 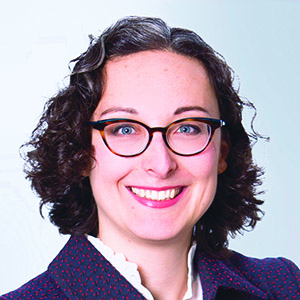 A partner in the Boston office of Proskauer where she is focused on structuring funds of all types, Higonnet has closed 15 funds in the past year alone, with a combined deal value of $5.1 billion, for clients including Adams Street Partners, Newbury Partners and Scale Venture Partners. Working across buyouts, venture capital, secondaries, funds of funds and natural resources funds, Higonnet spent two years in Proskauer’s London office until 2014 and became a partner in 2017, a decade after joining the firm as an associate straight from George Washington University Law School in 2007. A key part of her practice is navigating GP-LP relationships, advising on trends in fundraising terms, fundraising strategy, and negotiation with investors. 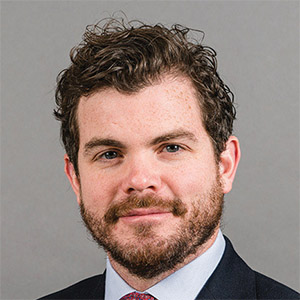 No other law firm is leading the charge in the growing secondaries market like Kirkland & Ellis. The firm advised on $31 billion of secondaries deals last year – accounting for more than 40 percent of the global market – thanks in large part to Cardos who leads its European team. His clients are some of the biggest names in the industry – think Abu Dhabi Investment Council, Deutsche Bank and Terra Firma Capital Partners. He became partner at just 36 and has set about building a team that boasts 15 lawyers in London alone who work on secondaries. From stapled offerings to fund restructurings, single-asset restructurings to GP-interest deals, Cardos has done it all. When the secondaries market looks back at its growth in 30 years’ time, a large part of its development and expansion will have been due to Cardos’s efforts.