No one ever said private equity was going to be easy. Take valuing assets that lack an easy way to nail down a price, what the Financial Accounting Standards Board calls level 3 assets.

“It’s a very complex area,” says Yelena Mishkevich, senior technical manager of the accounting standards team at the American Institute of CPAs. So much so that the AICPA is working on a valuation guide for private equity and venture capital firms. A draft may be available later this year. 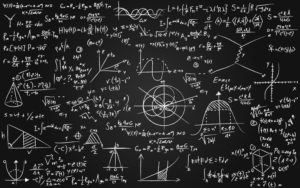 In the meantime, all hope is not lost. Experts say taking three steps are key: (1) Have a reasonable process. (2) Follow it regularly. (3) Document it.

The SEC doesn’t “question the result” of level 3 valuations, maintains David Larson, managing director at Duff & Phelps in San Francisco. “But they do question the process and the consistency of the process.”

He provides an example. Say a portfolio company values stock options for tax purposes. It may project cash-flow to come up with a realistic cost. At the fund level, the adviser may reach a different determination on the value of those options. The SEC may well dig down to seek an explanation of why they differ.

“There are [legitimate] reasons why they may not be the same,” says Larson. Perhaps management has a different view of projections than the adviser. The point is a rigorous process takes such things into account and documents the adviser’s conclusions.

A comptroller at a PE fund adviser in New England ranks valuation methods for private equity:

Many advisers try to avoid the valuation headaches by hiring a third-party – valuation experts – to come up with the numbers. Others wish to save money and give their CFO the stress. One CFO at a private equity fund adviser in Connecticut says, for companies that throw off little cash, you can look at leasing and rental fees – anything that can assist you in arriving at a reasonable value.

“Then you have to take your ‘truth serum,’” he says. If you know of anything that impairs that value, take that into account, he advises.

Many advisers hold Monday morning monitoring meetings, where they discuss the state of financials. “That’s the information they should be using for valuation,” Larson adds.

Another mistake advisers make is to exclude their deal teams from the process. Use their input, Larson continues. “A robust internal valuation process will include review of deal team recommendations and methodologies, with input from the CFO or accounting professionals,” says Scott Arenare, of counsel at Willkie Farr in New York and a former general counsel at a private equity fund adviser.

An error Greg Florio sees is private equity fund advisers neglecting to ask their auditors for help. The co-managing partner at Orical in New York says there’s no rule that prevents you from using your auditor more than once per year.

Florio’s partner, James Leahy, recalled his days in private equity. Rather than spending his allocation budget completely in the fourth quarter, he would hold some of the money in reserve should he have to turn to his auditor to help with a tough valuation during the year.

Usually, an adviser’s accounting staff takes on the role of back-testing valuations, “to assess variance from actual exit events or realizations,” says Arenare. The CCO typically would confirm that the agreed-upon process is being followed. It can help if you have a valuation committee. If you do, they would typically meet quarterly, he adds.

Larson’s five keys to success are (1) have a rigorous process to estimate fair value that’s repeated quarterly or however often you report (2) Seek to be prudent (neither under- or overstating values) (3) document your conclusions (4) use some independence in the process (perhaps your CFO) and (5) be able to show tone at the top (demonstrate that executives recognize the importance of fair valuation).

It should be rare that your valuation method would change, indicates the New England comptroller. However, one example where this could happen is if the adviser had anticipated that the venture would turn into an IPO but it instead slides into being an acquisition.

Don’t pick the amount that you ultimately hope to get when selling the portfolio company. “That’s not the question we’re asking in fair value,” says Larson. That question is what would that amount be if you sold the entity today?

The mistake venture capital fund advisers typically make is to not take into account liquidation cascade. “Liquidation preference is a term used in venture capital contracts to specify which investors get paid first and how much they get paid in the event of a liquidation event, such as the sale of the company,” says the New England comptroller.

This protects venture capitalists from losing money by making sure they get their initial investment back before other parties see any cash. Be sure to work this into your analysis, the comptroller encourages.

Editor’s Note: This best of our best-practices stories ran originally in 2016.