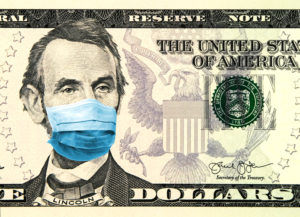 Most secondaries activity has been on pause since the start of the coronavirus downturn. But transactions are still quietly happening, mostly at the smaller side of the market with sellers who are highly motivated.

Fabrice Moyne, head of secondaries at Mantra Investment Partners, said he’s never seen so many motivated secondaries sellers since he started in his role in 2011. He said past years have been marked by pricing disagreements, but today that doesn’t appear to be much of a factor.

“Globally dealflow is not as strong as what it would have been six months ago, or a year ago,” Moyne told sister publication Buyouts in a recent interview. “We’re seeing less deals, but most of the deals we worked on are deals where we have a reasonable chance to actually close with true motivated sellers as opposed to sellers testing the market.”

Mantra is raising its third secondaries fund targeting €150 million. Fund III is expected to hold a first close around the end of June, Moyne said. Mantra Secondary Opportunities II closed on €120 million in 2018.

Fund II will be about 75 percent deployed after some recent deal activity. Mantra is seeing dealflow at the smaller end of the market from sellers motivated for various reasons to sell and not get too hung up on price.

“We’re certainly dealing with sellers that want to transact today and don’t want to wait another two, three, four or five months,” Moyne said. It’s really important for them to get liquidity as soon as possible and they’re not particularly difficult in terms of price expectation.”

Much secondaries activity in the downturn has focused on GPs providing additional capital to portfolio companies. For secondaries, this generally comes in the form of preferred equity deals, which only a handful of firms can provide.

Preferred equity has been an active part of the market, two secondaries advisers said. But conversations have started up on possible deals over the next few weeks and months as the lockdown eases, sources said.

“There’s a ton of those conversations going on right now,” said a secondaries buyer. “I think there’s a deluge of GP deals coming.”

The trouble is buyers and sellers have a tough time agreeing on pricing based on asset valuations from the end of the year, which are irrelevant. Second-quarter net asset values are not expected until August, at which time the market will have a better view of just how damaging the downturn has been in the first and second quarters.

“I think the deals you’ll see getting done will be smaller in size,” one of the advisors said. “If you want to put capital to work, it’s easier to put out $20 million to $50 million rather than $500 million.”