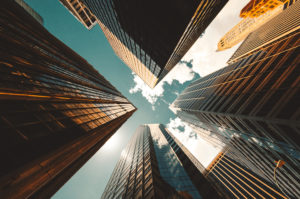 Yesterday I published a story about how banks are building out subscription credit line syndication teams and infrastructure, according to Aberdeen Standard Investments, which is a non-bank participant in sub lines.

In the story, Shelley Morrison, senior investment director at the asset management firm, gives some interesting insight into what she’s been seeing since the market disruption began, and suggests that some standardization in sub lines could result in a more liquid market for interests in them.

Coming soon: I will have a lot more to say about this topic – the market for banks syndicating new sub lines, as well as selling existing exposures – in an upcoming series of stories that will be available soon.

I’ll also have a lot more to say about a lot of other topics in subscription finance, so I really hope you’re into that topic.

OCIE: The Securities and Exchange Commission’s Office of Compliance Inspections and Examinations says that it has found three general areas of deficiency in private funds during its inspections: conflicts of interest, fees and expenses, and policies and procedures relating to material non-public information. More to come on that.

Abraaj: This story, published in April last year, has been getting a lot of attention on the site in recent days. That’s probably because Sev Vettivetpillai, former senior executive at Abraaj, is reportedly planning on pleading guilty to unspecified charges (WSJ, subscription). I’m told Secondaries Investor’s Rod James will be reporting more on that shortly. In the meantime, sister publication Private Equity International has written about the continuing Abraaj saga in its Side Letter, and Alex Lynn has the story on a team of former Abraaj execs looking to raise a new fund soon (PEI, subscription).