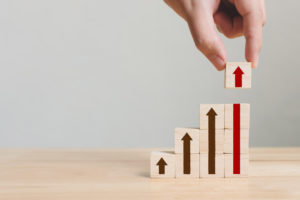 Benchmarking private equity is notoriously challenging. Unlike in the world of public equities, there is no single widely-embraced performance measure that is easily calculated. As a result, each investor must come up with their own way of answering the question: how well is my private equity portfolio performing?

What’s clear is that investors are more interested than ever before in answering that question. Eighty percent of respondents to pfm/SANNE CFO Survey 2018 indicated that some of their LPs are demanding more granular performance data for their current fund than for the last, with 9 percent indicating that all LPs are asking for this information.
The primary unit used throughout alternative assets is internal rate of return. Our survey found 98 percent of fund managers use IRR to show performance to LPs. But even that simple unit is not that simple.

“If you made a really small investment that did really well early on, and then you made big investments that didn’t do well later, you might still show a very good IRR even though you really have destroyed value,” says Steven Kaplan, a professor of entrepreneurship and finance at The University of Chicago Booth School of Business and the co-creator of the Kaplan-Schoar Public Market Equivalent (PME).

This IRR deficiency is somewhat counteracted by the money multiple these deals deliver. Of our respondents, 80 percent use total value to paid-in (TVPI) to report this to investors. A large proportion – 70 percent – use distributions to paid-in (DPI), and roughly 30 percent each use residual value to paid-in (RVPI) and paid-in capital (PIC).

Once you have these important figures, you need something with which to compare them. The most important question when it comes to choosing a benchmark is: what do you want to know?

One way is to see whether your investment portfolio is outperforming public markets, and by how much. Here, again, the outcome depends on which index you choose. Data from Hamilton Lane show that on a 20-year, 10-year and three-year basis, private equity has outperformed the MSCI World Index – a broad global equity index – by more than 300 basis points. But if you choose the S&P 500, while the outperformance is still there, it’s not such a rosy picture.

“The S&P 500 has been the single greatest thing you could have invested in over [the last 10 years]. For those that are using the S&P, you’ll see private markets are still outperforming, but not by so much,” Hamilton Lane’s head of investments Brian Gildea said during a recent presentation of the firm’s data. “So, you get the question of: ‘is it worth the time and the energy and the fee structure to invest in the asset class if it’s not outperforming the public markets?’”

Investors also want to know whether, within private equity, they picked the right funds. This is where indexes such as the State Street Private Equity Index or the Cambridge Associates Private Equity Index come in. These allow investors to compare the performance of individual funds to those in a similar strategy, geography and size range, as well as their whole portfolios with the rest of the private equity fund universe.

“You take the cashflows of your portfolio (all the contributions and the distributions) and the net asset values and the timings of all those cash flows, and you say: ‘if I had invested those same contributions in a public alternative, would I have done better or worse?’” he says.

This approach makes sense because the allocation to private investments “almost always” comes out of the public equities capital pool, Carson says.

“So you are asking yourself: ‘Was that a smart move, or would I have been better off leaving that money in the public markets?’”

When it comes to public market equivalents, the majority of survey respondents – 55 percent – are using Cambridge Associate’s Modified PME, with a handful using the Long Nickels PME, the Kaplan-Schoar PME and the Alternative Index Comparison Model.

In it for the long haul

The one message that came across loud and clear from Kaplan and Carson is not to pay too much heed to short-term figures.

“You want to wait until the fund is two or three years old before the benchmarking really makes a whole lot of sense,” Kaplan says.

“It took about six to seven years on average for any given private equity fund to quit moving around between performance quartiles and settle in where it actually ended up in terms of performance,” he says.

“That illustrates why focusing too much on the performance of the average private equity fund in the first five or six years can actually be an enormous waste of time. If you think about that in the context of an entire portfolio of private investments, what happens in a single year is oftentimes not at all meaningful or helpful or insightful into what the long-term prospect of that portfolio’s going to be.”

In fact, Cambridge is increasingly recommending to clients that they separate their portfolio into funds older than five years and those younger and look at the performance separately.

“If you’re starting to see that [seasoned] group underperform the benchmark, that’s a reason to get a lot more worried and have lots of investment committee discussions and really dig in and grill the managers.”\

Kaplan says his benchmark will not tell investors how they’ve performed this year, but instead indicates how their programs have performed over time versus the public markets.

“You’re better off looking over a longer period of time and doing a very careful match of how you invested versus what happened in the stock market over that period, because that, for me, is the number one thing I care about if I’m an LP. Was this worth doing? Did I beat the public markets? Because if I didn’t, I’ve gone through a lot of hard work and illiquidity to do this, and for what?”