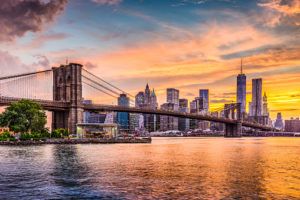 Two senior executives have departed 17Capital just three months after the firm was acquired by one of the world’s largest private credit firms.

New York-based managing directors Richard Golaszewski and Stephen Swentzel are no longer at the firm, according to four sources familiar with the matter. Their next moves are not known and neither replied to requests for comment.

The London-headquartered lender closed its debut NAV lending fund in April on €2.6 billion, racing past its €1.5 billion target after nine months in market, according to data from affiliate title Private Equity International.

It has also raised five preferred equity funds since 2010, its most recent being the $2.9 billion 17Capital Fund 5, according to PEI data.

In March, 17Capital was acquired by Oaktree, which cited the firm’s role as a market leader in NAV-backed lending as a key driver of the deal. Under the terms of the acquisition, it would continue to operate as an independent business with its own product offerings and investment, marketing and support teams, Private Funds CFO reported.

In April, affiliate title Secondaries Investor reported that partner Thomas Doyle was set to leave 17Capital. A year later he resurfaced at UK-based credit shop Pemberton, where he is leading the buildout of a NAV lending business.

The market for NAV loans, which are secured against a portfolio of assets rather than undrawn LP commitments, as is the case with subscription credit lines, has grown rapidly in recent years. In April, 17Capital said it expected the market to grow seven-fold to $700 billion by the end of this decade.

Preferred equity gives the lender preferential returns up to a certain hurdle on the cashflows produced by the portfolio it is lent against. These transactions accounted for 7 percent of the approximately $135 billion of secondaries deal volume in 2021 and 3 percent of deals by number, according to secondaries adviser Campbell Lutyens.