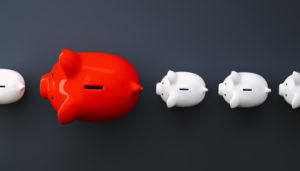 A New York Supreme Court justice has ordered the assets of a private fund and related broker-dealer frozen after evidence revealed “a shocking level of self-dealing, breaches of fiduciary duty, misappropriation of enormous sums…and outright fraud.”

Justice Barry Ostrager says that the preliminary evidence against Laurence Allen showed that he used his $17 million fund, ACP Investment Group, “as a piggy bank to fund a failing broker-dealer, its failing parent” and himself. Allen is also the founder of his own broker-dealer, NYPPEX, and its parent company, NYPPEX Holdings.

Ostrager’s six-page order, dated February 4, takes the unusual step of granting an injunction to New York attorney general Letitia James. James’ office filed suit against Allen December 4, claiming that, as the economy crashed in 2008, Allen began siphoning assets out of one of ACP’s secondaries funds and rolling them into the flailing NYPPEX. James said Allen had “looted” ACP of more than $13 million.

The court took five days of testimony, from 10 witnesses, including Robert Zimmel, who served as NYPPEX’s and NYPPEX Holding’s treasurer from 2012 to 2017. Zimmel told Ostrager “that every certification that he and Mr. Allen signed from 2013 until 2017, including certifications relating to the value of NYPPEX, was ‘a lie.’”

Even more explosive, Zimmel told the court that he had filed whistleblower complaints to the SEC and FINRA, Ostrager said, “but no action was taken.”

Allen took the stand during the hearings, testifying that ACP’s investment in NYPPEX Holdings “will produce windfall profits” because NYPPEX Holdings is worth more than $100 million, Ostrager said. The testimony was “fanciful,” Ostrager wrote.

Ostrager said he was worried that if he didn’t grant James’ injunction, “Allen will remain in control of the assets of ACP, and the wind-down of the fund will proceed in a manner that furthers Allen’s self-interest to the detriment of” its investors.

“In short,” Ostrager concludes, “the court cannot allow Mr. Allen or any of the companies he controls to make any decisions with respect to the remaining and very modest assets of ACP.”

In a statement issued under NYPPEX Holdings letterhead, Allen said that Ostrager’s injunction is “far less restrictive” than an earlier, ex parte order written by James’ office, and that Ostrager had rejected James’ request to appoint a receiver. He reiterated his claims that he is being unfairly subjected to “false and defamatory” news releases “for political purposes.”