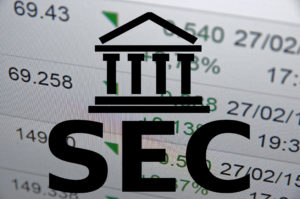 The SEC has extended the time period the public may comment on its proposed rules addressing private equity after having already received dozens of responses from industry trade associations, consumer advocates, public pension funds and other LPs, and even a former commissioner of the agency.

The regulator’s proposed regulations touch on a wide array of industry issues, ranging from fee disclosure to side letter agreements to fund indemnification. They have become a major focal point for many people throughout all corners of the industry.

Industry sources said the SEC’s decision to extend the public time period by another 30 days came because certain industry associations have asked for more time due to the significance of the proposals.

Other sources also said that private equity lobbyists are pressing for this extension to run out the clock until midterm elections, when Republican gains could shift the focus of some Biden Administration efforts.

However, many of the comments submitted by both LPs and LP trade associations show mixed feelings about the rules.

For example, the Institutional Limited Partners Association said it supports the SEC’s actions to require fund advisors to be held to a fiduciary standard “more proximate to that of their investors.” But ILPA also said that “unintended consequences” may arise from the SEC’s rules related to the use of side letter exceptions for certain fund investors.

Ohio Public Employees Retirement System expressed concerns that GPs could use the SEC’s reforms addressing preferential treatment in side letters “as an excuse to deny certain investors the individual terms they need because they are unwilling to disclose those concessions to all investors.”

“All investors should have a right to know the nature of such preferential treatment and how it might affect investors’ rights and investment returns. Specifically, all investors should be treated equally with respect to liquidity, distributions, exits from a fund, and access to secondary transactions,” wrote NEBF Investments executive director Monte Tarbox.