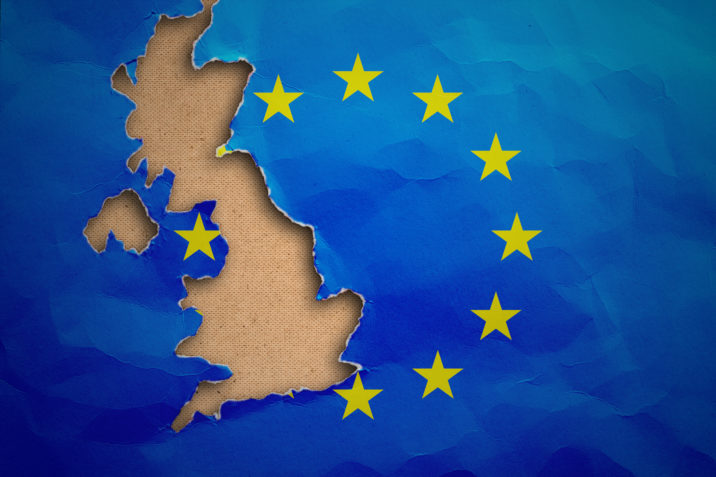 Brexit was never going to be a walk in the park. The past three-and-a-half years might be better characterised as a directionless ramble through an uncharted jungle with a cliff-edge lurking somewhere in the undergrowth. And the UK still seems rather lost: the result of the December general election that was confirmed this week is hard to predict, and may not be decisive.

But even if the final outcome is not yet clear, three important things have changed in the last few weeks.

First, the UK and the EU 27 have agreed a further extension, and the UK did not leave the EU yesterday as previously scheduled. This latest extension lasts until 31 January, though the UK could leave before then if it ratifies a deal. If it does not, a no-deal Brexit at the end of January remains possible, but now seems quite unlikely.

Second, we now know that there will be an election this year. That could lead to a radical change in UK policy – and not just in relation to Brexit. The UK could have a new prime minister on 13 December, with a very different set of priorities. Of course, a change of government will be at least as important for many UK businesses and their investors as Brexit itself, and preparing for it may be even harder than preparing for the UK’s departure from the EU.

But if that does not happen, the third recent change could prove to be the most important: the current prime minister, Boris Johnson, has renegotiated a Brexit deal with the EU 27. His party will campaign for it in the election. If he wins a majority, it seems likely that he will be able to secure its ratification.

If it turns out that way, Brexit would not be “done” – not by any means. But the UK would have reached an important waymarker. A concluded and ratified deal would be a signpost to the future, and we could start to imagine what the destination might look like.

So, what would that Brexit deal mean for European private equity firms?

The first, and perhaps most important feature of the prime minister’s proposed deal – like his immediate predecessor Theresa May’s version – is that it includes a “transitional period”. Although the UK would have left the EU, in practice, nothing much would have changed. A ‘hard Brexit’ would have been avoided – for now, at least. UK law would remain in step with EU law, and firms currently relying on any cross-border arrangements could continue to rely on them until at least January 2021, and possibly beyond if the transitional period were extended. Financial services passports would remain in place for UK firms, and EU-based firms would continue to access the UK market as they do now. UK and EU citizens would still be able to travel and work across the European Economic Area. It would be almost as if the UK had not left.

But that is not to say that nothing would change. Technically, the UK would no longer be a member state of the European Union and some consequences might follow from that, especially if contracts use the term “European Union” without further elaboration. It might be worth a final check of investment policies and limited partnership agreements to make sure that the UK’s departure would not lead to unintended outcomes.

Many commentators and those opposed to the deal have also pointed out that a ‘hard Brexit’ may only have been deferred, not avoided. That is because if the UK does not succeed in negotiating a “comprehensive and balanced free trade agreement” by the end of December 2020 – a very tall order indeed – and does not extend the transitional period, the UK may be left with “no-deal” terms at that point. That seems unlikely, and is no one’s current intention – but it could not be ruled out.

However, as the Withdrawal Agreement and Political Declaration are currently framed, the end of the transitional period would mark a ‘hard’ version of Brexit for financial services firms. The non-binding Political Declaration, which sets out the intended framework for a future relationship, has just three paragraphs on financial services. There is no expectation that current passporting arrangements would continue, and no commitment by the UK to align its rulebook with the EU’s.

Instead, the UK and the EU would rely on “equivalence” arrangements and – while stressing the autonomy of each side to reach decisions in their own best interests – they commit to begin equivalence assessments immediately and to seek to complete that process by July 2020. In addition, the Political Declaration asserts that “close and structured cooperation” is in the interests of both sides, and it commits them to “transparency and appropriate consultation in the process of adoption, suspension and withdrawal of equivalence decisions”, which aims to give some level of predictability for firms that rely on market access through an equivalence determination.

The private equity sector will be well aware that “equivalence” regimes do not currently operate in the legal regimes most relevant to them, and there is little prospect that they will do so by the end of 2020. The Markets in Financial Instruments Directive, the regime that governs many UK-based private equity advisers, does contemplate a third-country passport based on an equivalence assessment for non-EU firms. However, that third-country passport is not yet in operation and many details are still to be worked out. The European Commission has also raised the bar for any equivalence determinations where firms in the country concerned are systemically important to the EU, which is clearly a provision aimed squarely at the UK. An MiFID third-country passport is still possible, and could be a valuable option for many UK firms, but Boris Johnson’s deal does not take us any closer to it.

The most important passport for private equity firms is, of course, the marketing passport provided by the Alternative Investment Fund Managers Directive. However, the AIFMD’s version of a third-country passport is cumbersome and relies upon full compliance with the AIFMD, not just with rules that deliver similar outcomes. There is also a requirement to submit to an EU regulator, implying dual regulation for any non-EU firm seeking passported access. The regime is also not yet operative, and unlikely to be operative for some time.  That would leave UK-based firms relying on private placement rules in the future, alongside other non-EU firms.

That outcome would not be a disaster for UK-regulated firms, provided that existing routes to access EU-based investors are maintained (which is, of course, not guaranteed). It would have the benefit of allowing the UK regulators some freedom to vary existing rules, and to diverge from any future path followed by EU lawmakers. The UK regulators have already made plain that they would probably use any such freedom to adopt a more principles-based approach. High-level objectives would be set out in legislation, with regulators given more freedom to craft adaptable and sector-specific rules. Such an approach would certainly be welcome, especially given the difficulties that private equity firms have faced in adapting to poorly designed and rigid rules since the financial crisis.

We are a long way from the end of the road, and the future relationship between the UK and the EU will take years to settle, whatever happens in the next six weeks. The UK’s prime minister will need to win an election before he can lead the country towards his preferred destination and, if he loses, it is not at all clear where his successor will lead the country. But, if Boris Johnson’s electoral gamble pays off, the private equity sector will need to redouble its “hard” Brexit-planning, even if the cliff edge will have moved a little further away.